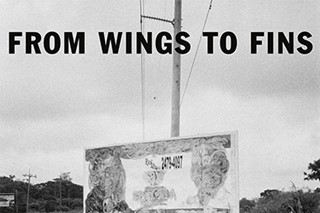 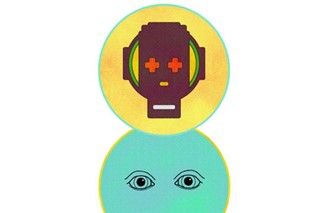 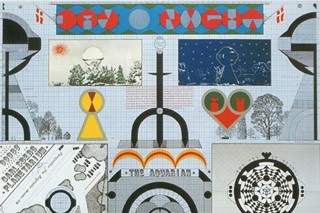 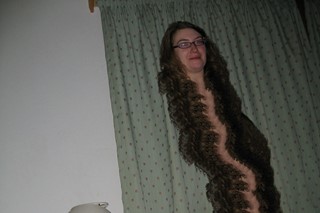 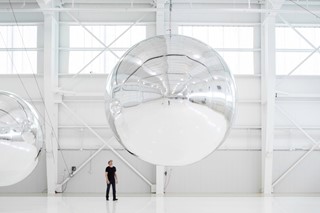 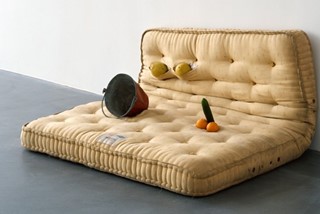 In the most eagerly anticipated institutional show for quite some time, Sarah Lucas' YBA upbringing matures to form an important and ever-relevant legacy. All the usual features apply - the stuffed nylon tights, the breezeblock plinths - alongside the old guard that made her name - the two fried eggs, the bucket and cucumber. Lucas, as the self-styled bad girl of British art proves she's still got it and in this case shows the next generation of DM wearing wanna-be-bad-girl-artists how to play with the big boys. Whitechapel disclaimer: 'the exhibition contains sexually explicit materials and is not recommended for children'.

The indominable art fair of our time once again sprawls it's stud-walled tendrils across Regent's Park. The highlights this year are happening in parallel to the galleries' booth presentations in the various curated Frieze programmes that seem to exponentially grow year on year. Within 'Frieze Focus' Omer Fast presents 'Spam Atlas', a new work which starts with an email describing a financial opportunity resulting from the death of a lonely but very wealthy person, next to Trevor Paglen's 'Non-functional Satellite' that could be viewed from Earth as a flickering star or up close as a sail-like minimalist sculpture, created for the purpose of entering orbit then burning up without trace. In 'Frieze Film' Petra Cortright presents her internet-inspired, experimental software videos whilst over in 'Frieze Masters' Victoria Miro gallery lodges Alice Neel in the macho narrative of 'master' artists. In the section reserved for developing galleries, Pilvi Takala at Carlos Ishikawa London presents a project inspired by infiltrating 'college moms'; the wives of faculty staff on US college campuses.

GCC are a collective founded in 2013 of artists that including the multi-talented musician and artist and Fatima Al Qadiri alongside Abdullah Al-Mutairi, Amal Khalaf, Aziz Al Qatami, Barrak Alzaid, Khalid al Gharaballi, Monira Al Qadiri, Nanu Al-Hamad and Sophia Al Maria. This exhibition acts as a fortification of their collaborative practice which first and foremost aims to 'effect collaboration, transformation and inter-connection between Artists in all fields in order to achieve unity between them'. Drawing on diplomatic protocols, ceremonial pomp and accomplishments made during the GCC collective’s first meeting in Morschach, Switzerland. 'this show represents the official Communiqué of the cooperative: a High Level Strategic Dialogue'.

The gallery transforms from it's daytime persona as the host of current Orpheus Twice exhibition into the setting for a performance of new work by 4 artists. Florence Peake presents a double duet new movement work followed by 'an act' by Michael Dean that poetically introduces itself, 'How inanimate that alphabet. With the policy of its use in its face. A demonstration of the letter n for you. You user with your policies.' Juliette Blightman presents a characteristically subtle new work 'Between Acts' and finally Rodney Graham plays his psychedelic 'Softcore – More Solo Guitar Music for the Sex Scene, Zabriskie Point'.

In a week when the art world comes to town, it's important to get some perspective. This talk investigates the roots, developments and outcomes of the term 'post-internet', drawing together Arcadia Missa's Rozsa Farkas, artis tHarm van den Dorpel (who recreated the Game of Thrones throne in his berlin space amongst other things), Ben Vickers and editor of Mute Magazine Josephine Berry-Slater. A good line-up if you're interested in unravelling the intricacies of the much-bandied, slippery and potentially soon to be canonised term 'post-internet' and further conceptualising the 'post-net aesthetic'.

Bringing his blend of tech-pop, computer-game-fetishist music-heavy art to the ICA, Cory Arcangel presents a new 'suite' of piano compositions . Arcangel aficionados be not afeared, the music in question will be performed solo by John Reid on a Korg M1 electric piano, an instrument made famous by it's late 80s influence on classic rave and trance. This event comprises part of the 25 frames season by Film & Video Umbrella.

In the tradition of the namesake day of the week, Sunday is a more chilled out affair, and an increasingly welcome and inspiring accompaniment to Frieze booth mania. Adding new blood and backbone to the Frieze train in it's fourth incarnation, Sunday invites younger galleries which in turn means that for the most part the artists shown are ones to watch / next big things / bright young things. New this year are LA's FreedmanFitzpatrick at only their second ever fair exhibiting Mathis Altmann & Lucie Stahl, and Berlin's charge-leading Kraupa-Tuskany-Zeidler showing Dazed faves Katja Novitskova and Avery Singer.

The Music of MI!MS - a short lived art movement established by Holden during his teenage years in Bedford - will be performed, this time inviting The Grubby Mitts and Johnny Parry Orchestra to add their own spin on things.   An experimental live set combine with video and spoken word in a half-remembered nostalgic investigation of irony, sincerity and teenage intellectual dilemmas oddly in tune with the zeitgeist of the time and America's David Foster Wallace inspired 'New Sincerity'. The event takes place alongside Andy Holden's room-filling three storey installation containing environments and assemblages of ephemera that influenced the artist as a teenager.

A bit of light entertainment infused with art intellectualism, this robot contest comprises one of the events leading up to Juneau Projects forthcoming exhibition 'Welcome to Happy Redoubt'. Betting on a robot will result in (hopefully) winning tokens, which can then be later spent throughout November in the artist duos' 'interactive post-apocalyptic encampment', inspired by sci-fi writer Neal Stephenson’s concept of the ‘infocalypse'.  The installation will boast its own marketplace which will expose systems, create new mechanisms and challenge obsolescence.

For his Frieze week solo exhibition, the French-born but Berlin-based enfant terrible of legendary beer-tower-sculpture fame pairs himself with another risk-taker of the avante-garde, colour field pioneer Morris Louis. Gaillard's interventions in images from an archive of National Geographic catalogs refashioned into glueless wave collages, weave through a history of colour, representation and evolution. His bronze 'Fence (after Owen Luder)' security barrier exchanges knowing glances with Morris' 1958 work 'Beth Samach'. In dialogue with Morris, Gaillard investigates ruins and trace, disintegration and desolation.