After a life spent shooting on the frontlines, war photographer Don McCullin recalls the risks 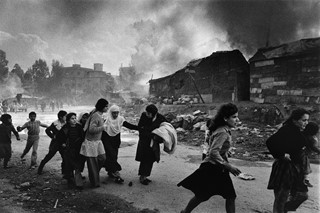 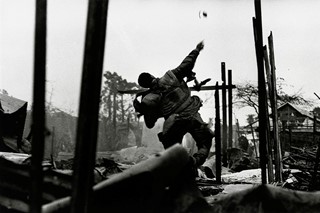 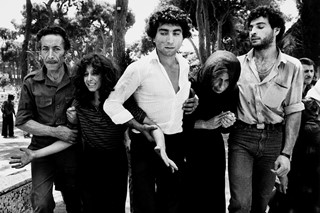 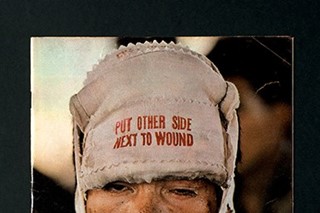 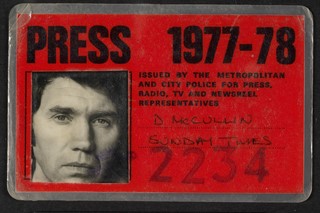 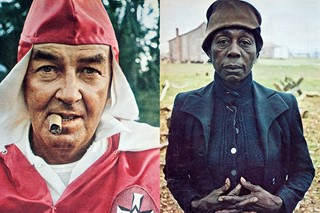 Taken from the February issue of Dazed & Confused:

“Sometimes landscapes can be the noisiest thing you’ve ever seen. Have you ever been in the countryside at night and looked at a blanket of stars? I look up and all I hear is roaring. I can’t hear the river that runs beneath my house. I can’t hear the owls. I’m going slightly deaf because of all the explosions I’ve heard in my life.

I came from a background with no education, nothing. We lived in a damp basement in Finsbury Park. Me, my mother and father all slept in the same room. There was no indoor lavatory and we washed in the tin tub in front of the fire once a week until I got older and went down to the public baths.

I left school at 14 after my father died. I entered the air force and worked as a photographic assistant but failed the test to become a photographer, so I came out with the same rank I came in with. But I had a camera I had bought when I was in Africa, in Nairobi. When I got back home I thought, ‘What’s the point?’, and pawned it for a fiver. My mother said I was stupid for doing that and bought it back for me.

I have done some terrible things in the past but I’ve changed. I’ve seen too much pain. I’ve seen many men right next to me being shot and their brains fly up the walls

I started photographing some of the tearaways I grew up with. It was very tribal in those days in London, in the 60s. Rock’n’roll had just got started. It was very exciting. There were some boys who’d cut your face with a Stanley knife if you just looked at them. My mate’s nose got chopped off after a fight on Holloway Road. He picked his nose up and brought it to the hospital. They stitched it on but it fell off a week later. That’s the way it used to go around there.

Those streets gave me endurance, but didn’t harden me to human suffering. When you’re in war and seeing atrocities it really strengthens your backbone. I have done some terrible things in the past but I’ve changed. I’ve seen too much pain. I’ve seen many men right next to me being shot and their brains fly up the walls. I’ve seen men fall down crying, looking at me like I can help them. I’ve been with some bad people in my life. I don’t feel good about standing this side of the firing line, watching men getting blown up all over the bloody war in Beirut.

When I went to cover Vietnam, I had the backing and the blessing of the American army. My accreditation gave me the rank of complimentary major, which means you have priority to get on any helicopter or plane. But you could get on those helicopters and you could die. A friend of mine, the famous photographer Larry Burrows, got on such a helicopter and it was shot down. He took some incredible images, but he didn’t come out with his life. There was a competitive streak amongst all of us. We all wanted to be number one, we all wanted to be that person, because we knew we would never be unemployed from that moment on. Once you had that recognition you knew the phone would ring.

I went to Vietnam for several years. But the war was on for 15 years and there were other wars going on, so I had to go to all of them. It was like a checklist. But I didn’t go to Bosnia, Chechnya and Rwanda because I got fired from The Sunday Times. So in a way not going to those places might have saved my life. I wasn’t addicted, but every time there was a new war I felt like I had to be there.

There was a competitive streak amongst all of us. We all wanted to be number one, we all wanted to be that person, because we knew we would never be unemployed from that moment on. Once you had that recognition you knew the phone would ring

Looking back, I absolutely took unnecessary risks to get my pictures. I was living in this fantasy world where I could get away with everything. But it wasn’t about privilege. It was about the ability to serve, to take that risk. It was always about pushing the limits all the time. I wound up in hospital because I fell off a roof in battle in El Salvador. It was like that bloody film, The Magnificent Seven. I was climbing up this roof when all the baddies came, I fell, broke my arm and all my ribs, because I had a camera in my bag and it ploughed into my ribs. Then I had to climb over that roof again with this hanging arm. I was in so much pain. I dropped into a yard, crawled into a room and stayed there all night on my own. In the morning someone kicked the door in and I thought a grenade was going to come with it, but they were friendly. That kind of life is almost unbelievable.

I absolutely took unnecessary risks to get my pictures. It was about pushing the limits all the time

Some people ask me if I hide behind my camera, metaphorically. You can’t hide behind anything. Why go to war if you want to hide? I go there to see, to make these images, to bring them back so other people can see what happens and help stop the fighting. I don’t think it’s worked, though. Wars keep raging. If anything, it’s worse.

If I hadn’t kept a sense of humour throughout my life I would’ve certainly gone doolally. I’m in control of the madness I’ve seen in my life. I could be dribbling, needing a drink, lighting a fag... I don’t have any of those problems. I don’t smoke, I’ve given up drink to a major extent, and I’m clean. I lead a disciplined life. No mental problems or scars. But I am concerned at how I reached this point in my life. Having made a name in photography, yet at the same time documenting tragedies to do so. I have a conscience about that.

I’m 78 on my next birthday and have all kinds of medical problems. I can’t walk and run anymore, yet I’m going to Aleppo in Syria next week to shoot pictures. I’m just curious about going in, one more time. I never give up curiosity really. Can I still do this? Should I? It’s about not being complacent and not behaving like an old age pensioner. I want to try and survive myself because I’m falling into that old-age trap of feeling good in my own bed, feeling good about early morning tea.