How did our Jeremy respond to Abramovich's sun-blocking yacht at this year's Biennale? 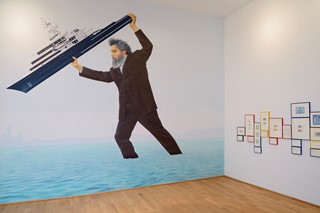 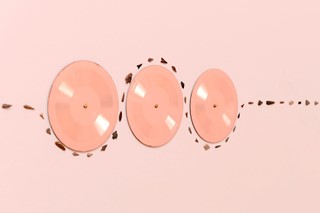 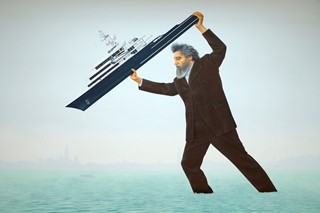 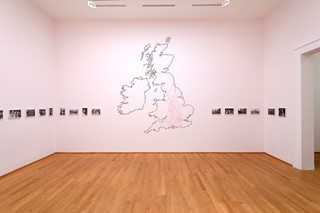 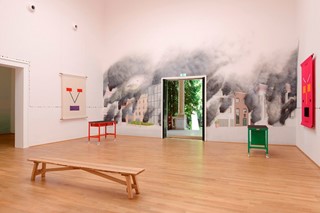 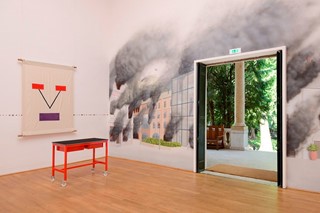 For visitors climbing the steps for the Great Britain pavilion in the rain-drenched Giardini, Britain had seemingly arrived in Venice, a notion cemented by the tea being served as part of Jeremy Deller's exhibition. Narratives and snippets of British culture, real and imagined, are woven together in adjacent gestures and adjoining rooms and combined within a video with beautiful Phantom Flex-shot footage of birds of prey as well as footage from some of Deller's previous Stonehenge and Parade projects. A report that an endangered Hen Harrier bird was shot over the Royal Sandringham estate on a day Prince Harry was out shooting is marked by a wall painting of a huge raptor exacting revenge on a land rover crushed it in it's talons.  Irritated by Roman Abramovich's yacht blocking out the sun on the Grand Canal and causing an obstruction at the last Venice Biennale, Deller rights wrongs by depicting an oversize William Morris grasping the yacht 'Luna' and throwing it into the water.  An imagined future is celebrated by a banner from a 2017 protest against using the island of Jersey as a tax haven.

How's it all going?
I think it's gone great, it's been well received - it didn't rain during my party which was my biggest fear - that and people hating it.  There's not been much criticism or bad vibes about it.

How did you come across the story about the Hen Harriers?
That was in the Daily Mail - so they're responsible for this artwork basically.  Then I saw it on a documentary and thought - that's totally outrageous.  Whatever happened, that was bad, whoever shot that bird and got away with it.  So i thought I'd do a little thing about it to remind people.

Yes it's only small!
Yes - just a small reminder!

The show generally seems to be about things you really like, but also things that really annoy you?
Yes it's love/hate

They don't seem aggressive because of how they're presented, but the actual statements are fairly confrontational...
Everything is worded in a very calm way, like you'd read a news report, just descriptions really but obviously behind it; violence and vengeance and corruption.

Did you at any point think that it could be a bit too close to the bone?
Yes a few times - i just thought 'what am i doing this could go badly wrong'.  I knew the Morris thing was fine...

Have you had any responses? Any word from Abramovic?
No Russian responses - I haven't been killed - haven't been assassinated yet.  I knew some things could get out of hand, the Harry thing could get a bit out of hand, but it's a true story and it's been in the papers so why get upset when someone does a painting?  If you get upset because i've done a painting of it that's actually quite good - it shows that art still has some currency and some power to outrage.  It's a painting - you can paint anything you like - it's a fantasy.  If you care about that then you should care about all sorts of things you see on dramas on films.  When you see London being destroyed in a sci-fi film you should be outraged!  But again, because it's done by an artist - an individual - it really gets up people's noses. 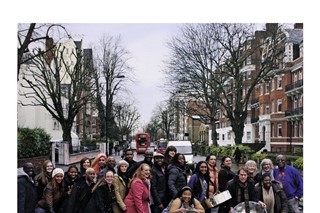 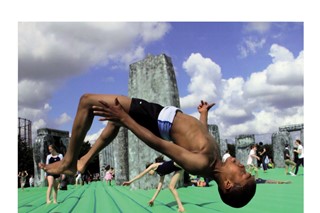 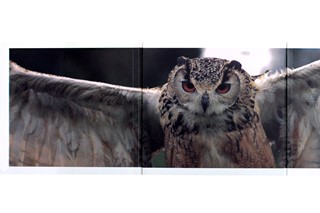 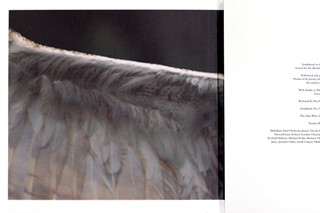 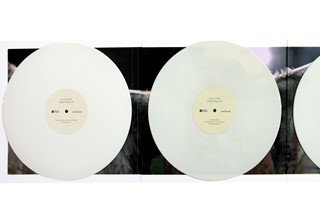 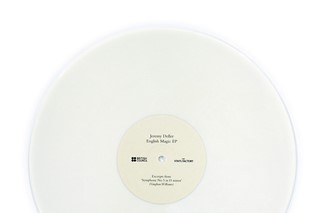 Was that something you were conscious of doing?  Not presenting something lukewarm?
I think you're right, I was trying to make a confrontational show for a variety of reasons.  I thought it would be good for the UK to have a bit of an edge.  Also, it's slightly indefinable in terms of where you stand on these things and in terms of the country itself, so that was important.

It is quite self-critical, the actual spirit of it is quite British because it is self-deprecating
Yes - a bit annoyed with itself.

But also celebratory...
I wanted something that was a mixed bag.

What is it that made you decide to use painting?
That's a statement in itself, to have a confidence in painting and the enjoyment of it. You could have done those scenes on Photoshop in minutes and made a big vinyl banner of them but it would have been ugly and horrible, so painting is always going to be better looking and have more longevity in terms of being able to look at it, and be more awe-inspiring.

It's great that you decided to create a protest in the future…
That could even happen sooner than we said!  The tax havens thing wasn't big news at the time but it's become huge since so we should have brought the date forward by a couple of years.

Did you feel any patriotic sense of responsibility in representing Britain?
It's not patriotic, but people will pay more attention to this more than they will to any other single art exhibition ever in your career, this is the most attention I'll ever get in my life. I'm all over the world - I'm everywhere, it's ridiculous.

What was the most daunting part of the process?
Not doing a good show. We made the show in total secrecy so you couldn't discuss it with anyone and so you didn't know if it was good or not.  It was always talking to yourself, so I had a few moments of thinking 'God this could be really bad and no one's going to tell you, the British Council just allowed me to do all this isn't someone going to tell me to stop?'. But no one did, and I'm glad.

Deller's collaborative vinyl with The Vinyl Factory is available to buy online from 10th June 2013, exclusively from www.vfeditions.com.