Amy Knight on the artists exploring the new vitality – art about H20, from nectar of the gods to bottled water 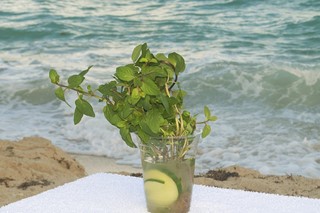 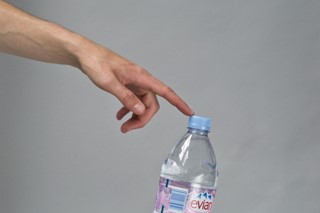 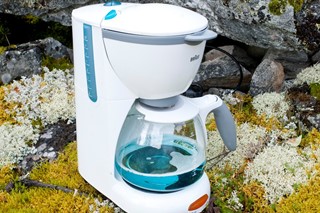 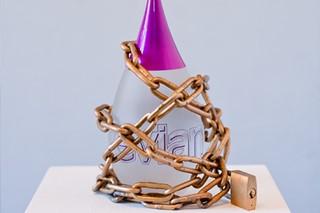 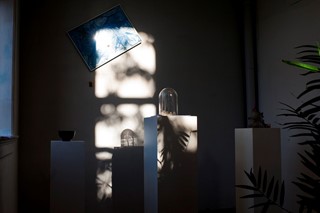 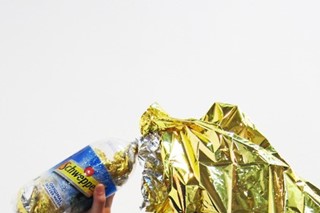 Soma, perhaps most familiar as the fictional drug that perpetuated the flawed utopia of Aldous Huxley's Brave New World, takes its name from an ancient Vedic ritual drink - also known as the ‘God for Gods’ - believed to contain energising properties that lead to enlightenment and ultimately, immortality. The twenty-first century equivalent of the ritual drink, associating liquid consumption with notions of spiritual clarity has become a ubiquitous symbol as part of a wider, on-going conversation in art, in which desires surrounding bodily and Earthly purification are enmeshed with commodities: sealed packages of spiritual promise.

At first, the mind inevitably wanders back to Pamela Rosenkranz's 2009 series, Firm Being; a collection of branded water bottles filled with thick creamy liquids in varying hues of flesh; a dubious elixir to replace the detoxifying claims of Evian, Fiji and Smartwater. Three years later, Berlin-based artist Alex Turgeon produced In Touch, in which an elegant male hand points down and lightly presses an index finger on a bottle of Evian, a pose akin to the hand of God in Michelangelo's The Creation of Adam. In the same year, Andreas Ervik's exhibition at Wizard Gallery, Oslo was revealed as 'the culmination of six months spent in intense spiritual and physical detox' in search of 'a lifestyle in touch with ancient knowledge, fitting for contemporary needs.' With a knowing sincerity, Ervik draws upon branded liquid offerings in search of ‘a holistic therapy for a humanity in crisis, seeking to restore balance’, in works such as Evian is Naive Spelled Backwards, 2012; You Are Like This Cup, 2012, containing organic powdered Matcha green tea and flakes of gold leaf; Crystal Clear Coffee, 2012 and Refresh, Mint, 2012, a Coca Cola glass filled with mint leaves, mint tea, toothpaste and mouthwash.

But there is an uneasy sense of detachment in the allusion to the devices and frameworks that surround our consumption – our ritual drinks – symptomatic of a generation increasingly accustomed to the loss of physical presence. In the attempt to become pure, in touch, we find ourselves offered solutions through branded commodities and virtual realities that make the experience simultaneously accessible and ethereal, estranged. Rosenkranz’s bottles hint at the body, acting as branded substitutes for its marked absence. In Turgeon’s Wasserwaage (2011), hyper-blue water appears through an abstracted grid, its form ever-shifting on a veil of chiffon; layers that act as screens before the water itself. “I was thinking about water, the uses of water, the synthetic colour of a pool and this culture which surrounds escape and wellness,” the artist says.

In some instances, the lure of liquiform purity is mixed with the objectified foreignness of a scientific artefact; in fact, Ervik’s concerns are reminiscent of Alex Mackin Dolan's Pure Clear (see Nature By Proxy), where transparent objects are presented as portentous future relics of an age in which purification was offered on the terms of capitalism. Whilst addressing what Ervik calls ‘new age capitalism’ the title of his exhibition of drink-sculptures, Learning to Love my Life as a Non-Player Character, hints at a dreamlike conflict between a digital, online existence and the pursuit of authenticity.

Five of the most explicit anime films ever
Arts+CultureSymbolismBlogs