Our week-long series with east Asia's freshest minds, as selected by Nicola Formichetti, ends on a high 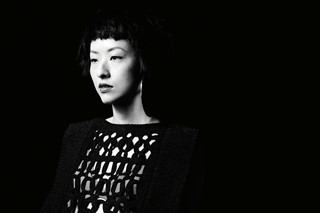 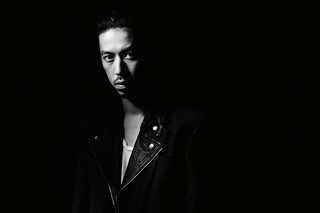 The daughter of Asia’s most prolific fashion designer (her father, David), Victoria Tang has done her own thing, preferring to follow passions for photography and graphic design. Since graduating from Saint Martins, Tang has worked for clients from Vogue Hommes Japan to Christian Dior, and guest-edited V Magazine’s Asian issue.

Describe your personal style in three words.
Victoria Tang: You tell me.

Name three songs that you can’t live without.
Victoria Tang: It depends on my mood. “China Girl” by David Bowie. A must! Lauren Hill’s album, “Mis-Education”.  Can I get back to you the last one? I tend to over-think these things and it takes forever for me to answer!

What excites you most about East Asia’s new youth culture?
Victoria Tang: People are more open. It used to be that they thought art school was just for people who can’t read or write or that they were dyslexic or something, but it’s more of a seriously considered educational option now. I see more people wanting to create their own thing instead of following others.

What do you see is the West’s perception of Asian pop-culture?
Victoria Tang: It’s new.  It’s new for them.  For us who live in Hong Kong, we see these things every day, but for them, for people abroad, they don’t really see that, so it’s new and fresh.  It’s the newness.  Once it becomes repetitive, God knows how they’ll feel!  Also, because of the Cultural Revolution, too, there’s a lot of stuff that’s not yet been explored.  It’s still relatively new.  So we’ll see.

What has been the biggest highlight of your career so far?
Victoria Tang: That I get to do different things. People always say, “Oh, what’s your job? Who are you? What do you do? Tell us about yourself.” But I just don’t think that people should narrow down to one certain thing. It’s boring. Luckily enough, I don’t need to be taking care of family and I’m lucky enough to get to choose what I’m doing.

Could you tell us something that no one knows about you?
Victoria Tang: Well, it wouldn’t be a secret if I could share it with you!  I’d do anything for my family.  (Breaks out into song) “I would do anything for love!”  What happened to Meatloaf?  Maybe that will be my third song that I can’t live without.

What do your parents think of what you do?
Victoria Tang: My mum thinks I’m great. My dad thinks I’m shite, but deep inside he knows I’m pretty good. He just doesn’t admit it.

Founder of Hong Kong style haven LIGER, Hilary Tsui got her start starring in a music video for the king of C-pop, Andy Lau. Tsui went down the acting route for a while, but admits she only did it to fund her love of fashion. Her last on-screen gig was in 1998, and then Tsui found her second calling when she started her boutique two years ago. Mixing the most exciting new designers with vintage finds in LIGER, Tsui has become a Hong Kong style icon and managed to make a success from doing what she loves, proving she’s got a cool head for business as well as an eye for style.

What is the most exciting thing that’s happening in the Asian creative scene right now?
Hilary Tsui: Every year, Hong Kong has an art festival [HK Art Fair] and I think it brings more creativity to Hong Kong and Chinese people.  My kid is so lucky; she can go see some great paintings and artwork by famous artists.  I think this is very important.  You need to spend the whole afternoon to see everything in there!

How has the West’s perception of Asian pop culture changed over the past ten years?
Hilary Tsui: I think they think we are interesting.  For example, Nicola and even Terry Richardson have both come to Hong Kong and I know that they are so attracted to those quite traditional local elements.  They go to Man Po Temple or more local areas. They are coming to Asia now. I mean, Nicola is always coming back here!

Where is your favourite hangout spot in Hong Kong?
Hilary Tsui: Tai Hang. If it’s Sunday, I’ll go to a café called Kindergarten. I’ll take my daughter and my friends’ kids and we’ll have a kids’ hangout at Kindergarten. If it’s Friday or Saturday night, the usual: Lang Kwai Fong.

Do you have a favourite website?
Hilary Tsui: I actually like going on Susie Bubble. I read her blog as an online magazine or an online information centre for fashion. Susie spends a lot of time and effort on her posts; her angle, how she sees the brand. It’s so deep. And she’s very fast. She updates her blog everyday. She is the first one I click!

Who is the wildest person that you follow on Weibo?
Hilary Tsui: Wyman. Yes, I think the wildest should be Wyman or myself even. Oh! Or Helen To! Helen To and Wyman are the wildest on my list.

What do your parents think about your career and what you do?
Hilary Tsui: For all these years, they don’t say anything.  Before when I was 19-years-old, I became an actress, then I quit and gave birth and restarted my career—all along, they have been silent.  That means they are supportive; it’s the Chinese way.  They don’t say anything and that means they are supportive.

Philip Chu, one-half of sibling design duo Ground-Zero, is a bit of a mystery. His interview answers leave you wanting more, but then he surprises you by sharing snippets of melancholic personal experiences. He’s both open and closed, shy yet confident. And Ground-Zero is much the same – a label that is simple and complex at the same time, constantly evolving but starting each season again from zero.

How do you think the West perceives Asian pop culture?  How has it changed over the past ten years?
Philip Chu: Maybe 15 years ago they thought it was a joke, but you see, for example, those Korean artists now – like ‘Gangnam Style’, everyone loves it! Globally, it’s being accepted; it’s the most popular song in the world right now.  They’re starting to accept it.  As I said before, they don’t know what’s in our minds, and we create things that are very new.

How has living in Hong Kong influenced your creativity?
Philip Chu: Hong Kong is a western/Chinese mixed city; for the past 30 years we’ve been worshipping western culture, but we also have a Chinese way of doing things, so that’s helped me to create a more multi-dimensional way of thinking. When I went to London [to study], I didn’t speak English at all, so I was alone a lot of the time.  I started to spend my life with myself; I was a really isolated person.  In Hong Kong, I’m more social.  When I was in London, I had more time to think about creative things and to feel life.

What is your favourite hangout?
Philip Chu: I love karaoke. I go to CEO Neway.