As a student, tattooist Alfred Ng had no interest in art, but a bet to match his friend’s final grades in art class changed all of that. Not only did Ng win the bet, he tapped into an undiscovered talent and passion for painting. This turned into a fascination with tattoos, and Ng got his first taste of ink when he was 18. He hasn’t looked back since.

What is the most exciting part of Asia's young creative arts scene?
Alfred Ng: Asia's arts scene had always been slightly different to the rest of the world; for me, art should be appreciated in terms of its creative/artistic/historical value. Asian art, on the other hand, has always been aimed at making money, hence why I see 'art' in Asia always being incorporated with different media elements, such as music and live-shows, for greater commercial value.  It seems, as long as it provides a certain commercial gain, you'll suddenly become 'artistic'.

How do you think the perception of Asian pop culture has changed in the last 10 years?
Alfred Ng: The development of technology and social media such as Facebook, Instagram, Tumblr and Weibo has influenced the way in which people communicate with one another. The immediacy of thoughts, pictures and songs being posted online has allowed for much quicker integration and transfer of information between people. Whereas, ten years ago, information might have been limited within the local community, it is now possible to know what's happening thousands of miles away, thanks to the Internet. I think it has helped the liberation of Asian pop culture, and how Asian pop culture is being perceived nowadays.  For example, anything with sexual, violent connotations would probably not have been seen as 'art' ten years ago, or someone with tattoos might have immediately been viewed as a criminal or a gangster—nowadays however, these narrow-minded views are slowly changing and there has been greater diversification in Asian pop culture.

How does the city influence your creativity?
Alfred Ng: Hong Kong's diverse culture and buzzing nature provides a very interesting dynamic and energy that cannot be found anywhere else in the world.  The British colonial buildings and Chinese buildings, the old streets of Hong Kong, local market stalls and art galleries never fail to provide inspiration for ideas in terms of my illustration, photography or creative thoughts.

Best hangout spot?
Alfred Ng: Austin Road West in Kowloon.  There is a park with a running track.  It is a lesser-known spot with very nice views of Victoria Harbour and the Peak.

What do your parents think of what you do?
Alfred Ng: Being stereotypically Asian, they are against tattoos and body art. I respect their views but life is too short – I want to be true to myself, be who I am and do what I love.

Your guide to a safe acid trip
Nicofolio1 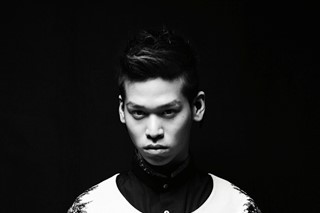 Nicola found 20-year-old Matcha at Candy, one of Tokyo’s stores of the moment, and cast him for his Nicopanda project at Isetan. He works at that store and models for its website daily, wearing Phenomenon, Gareth Pugh, KTZ and many other exciting designers’ collections. “Matcha” means “green tea” in Japanese – “I always eat this ice cream called Supercup Matcha,” he says, “and one day my friend named me Matcha, haha.”

TLC: ‘Come Get Some’

How do you think the perception of Asian pop culture has changed in the last ten years?
Matcha: It's getting more exciting in both the music and fashion industries.

What has been the biggest highlight of your career so far?
Matcha: When Nicola cast me for his Nicopanda pop-up store shoot at Isetan.

What do your parents think of what you do?
Matcha: They don't care. 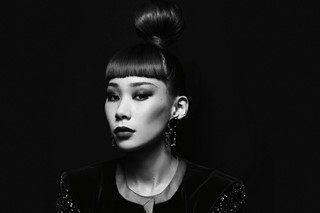 The most influential female DJ in Japan, Mademoiselle Yulia released her first album, Mademoworld, co-produced by rapper Verbal, in 2011. Since November 2008 the blue-haired style-queen has also had her own jewellery brand, Giza, for which she creates animal-shaped pieces in playful colours,
and has collaborated with Joyrich on co-designed apparel.

Name three songs that you can't live without.
Mademoiselle Yulia: The Knife - ‘Heartbeats’

How do you think the perception of Asian pop culture has changed in the last ten years?
Mademoiselle Yulia: Obviously, due to the internet it’s now possible to share information instantly with other countries, which has put some Asian cultures more in touch with the rest of the world. In response to that, the west has become more receptive.

What has been the biggest highlight of your career so far?
Mademoiselle Yulia: When I performed with Kylie Minogue!

How does the city influence your creativity?
Mademoiselle Yulia: Since I was born and raised in the city, I can't really say what specifically influences me, besides the fact that I am constantly exposed to all kinds of information and often have the opportunity to meet people from all over the world.

What’s the best hangout spot in Tokyo?
Mademoiselle Yulia: As long as I'm with some good friends, I don't care where we go. But if I have to pick one, I would rather hang out and chat somewhere in Koenji than go to a club.

What do your parents think of what you do?
Mademoiselle Yulia: They are both really supportive, to the point that they come and watch me DJ on occasion. 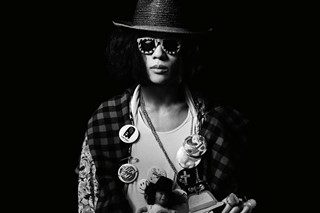 AA – Having a different look every time; always coming up with new things, never being the same.  Individuality is a big thing, too. It’s good because [Hong Kong] is so near Japan and they’re always coming up with innovative ideas.  We get inspired a lot by different places in Asia; [they] give us ideas for new looks.  The main exciting thing is that people are coming up with new ideas all the time.
EN – We have a very different fashion culture in Asia. Maybe in America the most popular thing is hip hop, but in Hong Kong not at all. There are a lot of different views in Hong Kong
AA – So we try to explore all of those views; sometimes we’re hip hop, sometimes we’re punk, sometimes we’re gothic. We always try to incorporate what’s happening at the time, what we know might be coming up, something that we’ve created on our own, and add them all together to make something that no one else has seen.

How does the West perceive Asian pop-culture and how has it changed over the past 10 years?

AA – This may be a different answer for them and me, because I lived in Canada and the fashion there is just not the same. Canadians see Asian fashion culture as being outrageously crazy, but I’ve always been like that so that’s why I enjoy coming here so that I can be more of myself. I think that they just assume that we put on everything, but we have a specific way of dressing and it’s very detailed for us, but maybe other people can’t notice that.
RG – I think other people in the world are becoming more obsessed with Japanese fashion especially, because I always go on Tumblr and on blogs and I see so many people are in love with Japanese fashion. And I think, recently, they are [increasingly] crazier about them.
AA – And, definitely, if people didn’t have access to these blogs they wouldn’t know what’s out there, but now there are all of these blogs that everyone is checking out and people are sharing their photos so everyone is inspiring each other and everyone is getting more creative with their looks.
KMH – The revolution of young [Hong Kong] people is currently a really hot topic, such as the recent [Chinese ‘National Education’ protests]; this reflects our style. Revolution. It’s definitely a popular trend.

How do you think that living in Hong Kong has influenced your creativity?

RG – I think Hong Kong doesn’t help [creativity], but in Hong Kong we have benefits, because we are crazy but [Hong Kong] people are normal, so we stand out. But I don’t get any inspiration from Hong Kong.
KMH – The shopping. We can find lots of vintage shops in Hong Kong and we all go there to shop for one-of-a-kind pieces, and there are also lots of different toyshops. I guess in other cities it’s not so accessible.
AA – I can agree with that, because I came from Canada and I had to make all my clothes. I used to have to make all my stuff and, I mean, making stuff is great but it’s also a lot of time, so here I can go out and have a completely different new look each time because it’s so easy to get everything that I need.
KMH – Living in Hong Kong also helps us to further develop our style, because we look at other people around us who dress normally and we take them as a reference. Should we look like them or should we be different? They’re an inspiration, but in an opposite way!
EN – I don’t think Hong Kong has any inspiration for me, but it’s true that it’s really convenient to get anything that you want. Is that a kind of inspiration? Kind of. Probably. But, mostly, I’m inspired by extravagant things outside of Hong Kong, outside of the world—in space!

Read Day One of our profiles HERE