Having collaborated wih Dazed on a film about Kabul’s Skateistan charity project, director Orlando von Einsiedel has now been shortlisted for the 2012 Vimeo Awards 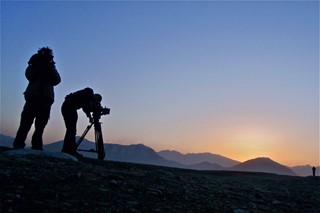 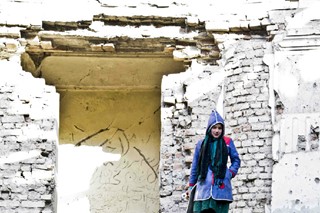 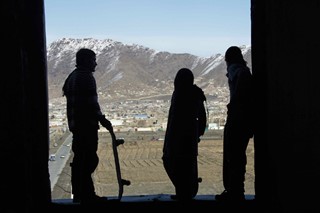 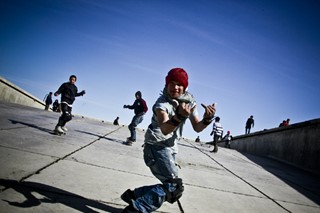 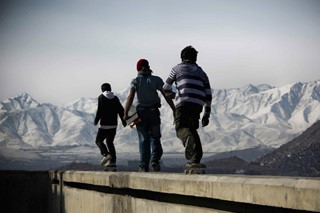 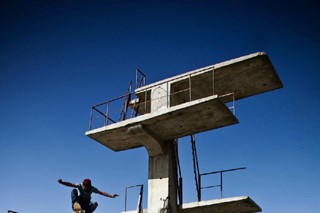 Documentary short Skateistan, commissioned by Dazed & Confused, is in the running for this year’s prestigious Vimeo Film Festival + Awards in New York. Following the kids of Kabul’s Skateistan charity project, the world’s first skateboarding school, as they face an uncertain future and an oppressive past, the film also looks towards a bright future... a shot of a smiling decapitated goat’s head captures the film’s budding optimism amidst the hardship. Having also gained a nomination at last year's Sundance Festival and with Channel 4 knocking on the door, the former pro-snowboarder, and director at Grain Media who made Skateistan, Orlando von Einsiedel spoke to Dazed Digital about the effect the story and commission has had on him.

Children in Kabul grow up very quickly with many working on the streets by the time they are eight years old, so Skateistan is like an oasis where children can forget about the hardships of daily life

Dazed Digital: What does it mean to be nominated for the Vimeo awards?
Orlando von Einsiedel: I had thought that the Skateistan train had finally just about stopped rolling so getting into the Vimeo Awards was a very pleasant surprise. It's a real privilege to have judges like Stacey Peralta, Alana Blanchard, and Travis Rice watch our film.

DD: How did you come to be involved with Dazed?
Orlando von Einsiedel: A friend forwarded me the Diesel New Voices project a day before the deadline, I immediately applied. Dazed & Confused were looking for a film about a micro youth cultures challenging wider societal norms and the Skateistan project has created just that - boys and girls from different classes and ethnicities studying and skating together in a place where there has been a lot of conflict between differing groups of people and a history of female discrimination. Working with Dazed was a bonus to the whole project. It was great to get to do a project with the team at the magazine and get their creative support / feedback.

DD: What particularly struck you about the skate culture in Afghanistan?
Orlando von Einsiedel: It's inspiring to see so many girls skating. Not that long ago women were banned from doing any sport, with severe punishments to anyone that did. Skateistan has made a big effort to not ‘Americanize’ the students and not portray skateboarding as the male dominated counter cultural sport many people in the West see it as. Children in Kabul grow up very quickly with many working on the streets by the time they are eight years old, so Skateistan is like an oasis where children can forget about the hardships of daily life. Seeing their happy faces charging around on a skateboard was quite special. It is also a place where they get an education and get to mix with children from different backgrounds.

DD: How did being commissioned by Dazed & Confused help your career?
Orlando von Einsiedel: I've really been blown away by the doors Skateistan has opened for me. The film did really well online (ratcheting up over a million views on Vimeo / YouTube), got lots of media coverage, won a number of awards and was selected to screen at the awesome Sundance, SXSW and Doc/Fest film festivals all of which was pretty cool.

DD: Are you currently working in Africa?
Orlando von Einsiedel: I'm working on a project in the awe-inspiring Virunga National Park in the Congo. I'm working with people who are laying their lives on the line to save the world's last mountain gorillas. Like Skateistan, this is about hope from a place where we really only ever hear negative stories from.

More info on the Vimeo Festival + Awards HERE. You can vote for 'Skateistan' HERE