After last night's eviction, Robbie Wojciechowski looks back at the St Paul's occupancy and ponders what's next for the movement 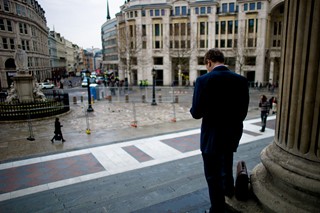 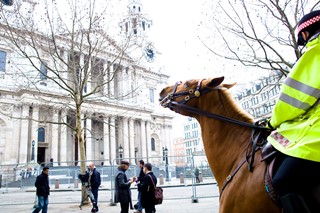 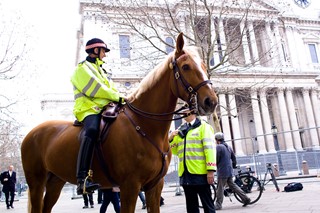 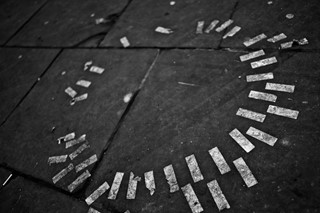 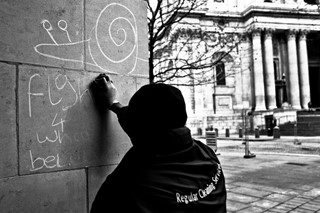 Hackney shines, glistening wildly as beams of light cascade across St Paul’s stained glass windows. The spring air is crisp, but the bitter Winter doesn’t feel far away, as gushes of breeze pass the steps and flush into tent porches.

A protester sits on the steps in front of St Paul’s. He is unknowingly the perfect example of the coffee cup generation – an unshaven, laptop carrying, camera wielding fiend who clutches himself to an oversized parka. He leans back, sighs and takes a deep breath; then proceeds to sit quietly and absorb the atmosphere, plugging himself into the moment.

Occupy’s story isn’t yet over. It’s occupancies may be, but that doesn’t mean to say it can’t adapt, take other forms and move on. It just means this chapter ends, and a new one begins

The atmosphere is one that echoes around most of the occupations I’ve visited – a confused blend of revolution and hope. It’s a world away from the excitement that started this campaign, but even at the end of Occupation in this form, there’s still energy to the place. It’s hard to put a finger on what or who exactly is responsible for it, but even when the tents are moved on, that energy will still carry. Any space can hold a special message; can be a hub for ideas, education and philosophy. Occupy’s story isn’t yet over. It’s occupancies may be, but that doesn’t mean to say it can’t adapt, take other forms and move on. It just means this chapter ends, and a new one begins.

This is a place where society’s lost characters reside. For the insecure, Occupy has become a home, a place of peace and harmony where they’ll never judged. It’s a place where the homeless man can be the philosopher, the occupier, the anything – but the reality is once the camp is evicted he’ll need a place to stay, and without Occupy he is once again just the homeless man. We’ve all given up something to be here, but some more than others. The focus now then is welfare, putting the characters who’ve sacrificed at the forefront; keeping stability in an already fragile movement.

The faces who started off this campaign now house themselves in cramped coffee houses round Paternoster Square, tapping at laptops and telling their stories to journalists who tap away at their iPhones. They may no longer be tenants to occupancy, but these faces are wary. They’ve seen the once excited message of Occupy devolve to a battle of corporation, legal and legislature. But don’t be shallow to think they are no longer involved, they’re still very much a part of this movement, just fighting a different battle – one of perception and outreach rather than GA and working group.

It takes a strong person to look at the camp now and see a positive message. But for those who take time to look a little bit further, they see faces of people who will never, ever be the same

The face of the movement now then is the delinquent hopeful, who’s held on for this long, battling to keep hold for the final few days, and that’s something to be admired. However faceless this movement is, it’s the people who still poke out of tent cubbyholes that are its network. Whatever battles are fought online, they are fought for these people. They have the energy where others don’t. But is their method really changing anything? Are the effects of all this actually that noticeable? No, not really. It’s the people that have changed rather than the economic system. But in a battle for direct and fair democracy, that ‘power to the people’ ethic shouldn’t be underestimated.

It takes a strong person to look at the camp now and see a positive message. But for those who take time to look a little bit further, they see faces of people who will never, ever be the same.