Having starved himself in 'Hunger', the actor tackles sex addiction in Steve McQueen's latest cinema flick 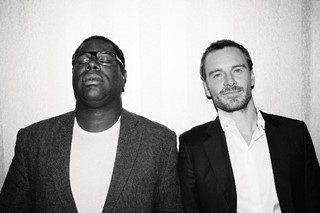 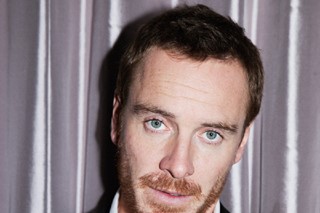 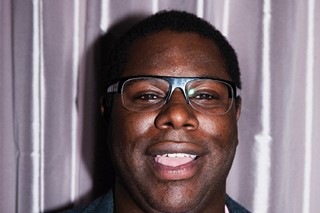 In Shame, the visceral second feature from artist-turned-filmmaker Steve McQueen, Michael Fassbender stars as Brandon, a man who just can’t get enough. With his slick, handsome looks, he beds countless women (and one man) everywhere: in his sterile apartment, up against a glass wall at New York’s Standard hotel, and even out on the city streets. And if he seems to be barely functioning at his yuppie job, his carefully ordered existence slowly starts to unravel with the arrival of his emotionally unstable, damaged and suicidal younger sister Sissy, a torch singer played by the mesmerising Carey Mulligan.

Sex addiction affects three to six per cent of adults in the United States, according to estimates by the Mayo Clinic, yet is not listed as a disorder in the current edition of the Diagnostic and Statistical Manual of Mental Disorders. And if the scientific world has been undecided on its stance Hollywood has been positively unsympathetic, its portrayals of the sex addict being typically as pitiable or played for laughs. It’s fallen to Steve McQueen – whose extraordinary debut Hunger was a haunting, meditative treatise on the IRA hunger strikes – to give this disease the serious attention it deserves.

From my experience, on the surface things are more accessible in New York. Things happen more on a spur of the moment in America in general whereas in London you have to understand the city and have connections to go into places

McQueen developed the story with co-writer Abi Morgan following a period of research in New York; that city is, in a sense, the film’s third player, particularly during the extended tracking shot of Brandon jogging through early-morning streets and in the nightmarish coda, a Dante-esque journey through an underworld of cheap bars, brothels and sex clubs. With the pair in celebratory mood after Fassbender won the Best Actor award at the Venice Film Festival, Dazed brought them together to talk about the effect of the film on their lives.

Steve McQueen: When you first auditioned for 'Hunger', I think I actually fancied you! I thought, ‘Who is this geezer?’ You came with a bit of a swagger, a bit of an attitude. I thought, ‘I don’t know if I like this guy.’

Michael Fassbender: That’s because I thought you were doing a remake of Saturday Night Fever…

Steve McQueen: Wrong audition! No, really, my first impression was, ‘Does he really want to be here?’ I wasn’t too sure. And then when you came back for an audition the next day, there was a transformation – you were a totally different person: extraordinarily engaged and engaging. And I thought, ‘This guy could play Bobby Sands.’

Michael Fassbender: In terms of me breaking into film and leading-man roles in film, Hunger for sure changed my life. But I wasn’t feeling that frustrated in the years leading up to Hunger – the really frustrating years were when I wasn’t getting any work at all. When you really feel passionate about a job you just want to get a chance to do it, so being a jobbing actor is already enough. But I never thought of quitting.

Steve McQueen: I tripped up and fell into filmmaking, unglamorously. It was just one of those things I wanted to do, particularly because the subject matter asked for it. Filmmaking is very much about telling stories. Whether I make art or films, it’s about engaging the audience.

Michael Fassbender: When you came to me with the idea for [Shame], I thought, ‘Is it autobiographical?’ (laughs) No, I was like, ‘Wow, interesting subject matter’ – relevant to our times and also to city life perhaps. The isolation of living in a city and the access to excess. There’s this idea of the city being 24-7 and that whatever you’re into, it’s there in some form or other.

Steve McQueen: With Shame, I wrote the script with Abi Morgan. I didn’t really know who she was. At the first meeting we had an hour or so scheduled, but we ended up speaking for three and a half hours. We got on like a house on fire – we liked to challenge each other. We got on to talking about the internet. From there we went on to talk about pornography and sex addiction, then things started to snowball. The research period was a fantastic thing to do with Abi – it was almost like being Columbo or Miss Marple.

It was two people walking into situations that were really quite difficult and awkward, talking to people who really were in a lot of pain. And we thought it would be great if these people were recognised in a way. Through conversations with people who were sex addicts, the word ‘shame’ kept cropping up. When these people came out of these long, drawn-out sexual encounters, there would be a huge feeling of self-hatred and, of course, shame.

Michael Fassbender: I didn’t know a great deal about it before, other than about the few people who have admitted to it in the press. But to actually meet people, and one person in particular… I was very grateful that somebody was open enough and brave enough to give me an insight into it. Then it was a matter of treating it with the utmost respect and not hiding behind certain characters or caricatures of any sort. I tried to keep it as close to me as possible so that it was relevant to me, just as it could be to any regular guy on the street.

Michael Fassbender: What you and Abi put at the core of Brandon’s character was his problems with intimacy. He’s freaked out by it – he doesn’t feel in control of the situation. You have a character who’s very lonely and destructive – he doesn’t like himself very much so he sets out abusing himself.

Steve McQueen: With Sissy, she was a character we all have an idea of, taken to the extreme. The type of person that doesn’t survive in the world very well because they don’t compromise or bend, so they get hurt a lot. I just wanted to think about that. So I introduced Carey to a few people. For her it was a lot of research, going to singing lessons, workshopping scenes that were in the script and also not in the script.

But she is extraordinarily talented. I’m working with two of the best actors of their generation. At the same time what you both are doing is very dangerous and I’m just here to help you through it. There’s no safety net at all. You have to fucking do it. That’s the focus – that’s what you have in spades and Carey does too.

Michael Fassbender: With Brandon and Sissy, there’s a history between them that we’re involving to some extent in the present, even if the audience doesn’t know it.

Steve McQueen: Yes, but you had some idea of it. We needed to have that connection in order to create a certain type of tension.

Michael Fassbender: Of course, because to even try  to tackle the characters without that would be absurd. It’s something I do anyway when dealing with any fictional character – I write a biography. That’s simply to give me a confidence within the character and what he’s going through in the here and now. That’s one of the first things I do: What did his parents do? What was he like in school? What does he have for breakfast? Whatever the questions are. Those are the kind of things that goes into the preparation.

Steve McQueen: Some critics talk about the film as British miserabilism set in New York. It’s absolute nonsense. If they didn’t know I was British they wouldn’t be saying that. It’s not about nationalism or miserabilism. This is dealing with an important issue that’s happening now. We set it in New York because no one would talk to us on record about this issue in Britain. We went to experts in the United States and in New York and they introduced us to people who were living with it. And so we thought, ‘Why not set it in New York?’ In fact, this film is all about New York.

Michael Fassbender: From my experience, on the surface things are more accessible in New York. Things happen more on a spur of the moment in America in general whereas in London you have to understand the city and have connections to go into places.

Steve McQueen: This is my second film but I still feel like an amateur. My films are polar opposites in a way. Hunger was about somebody who uses his body as a weapon, stopping eating in order to create a sort of freedom. While another person is in an environment of freedom and capitalism and using his body to echo that, but what’s he’s doing is creating his own prison.

Michael Fassbender: Working with you again, I don’t know how to describe it – we’re on the same wavelength and we understand the picture that needs to be painted at the time. I don’t know how to put a finger on it. We’re just tapped into the same thing. There’s a level of focus on set – we think of it like playing music. There’s rhythms happening, and improvisations and collaborations and discovery, and it’s happening all at the same time. Surprising each other.

Steve McQueen: There’s a level of understanding where it’s second nature. I don’t know where it comes from but I’m happy it exists.

Michael Fassbender: I enjoy it and that’s what I’m looking for. That’s the ideal place for me as an actor. I really don’t dwell too much. I give it my best at the time and then I walk away. I’m thinking about the next thing now and what I want to be doing. That’s another aspect of the job. I remember, when I was 18, 19, the anxiety I would take home with me from drama school. I’d love to beat myself up. That’s why I like prepping. Mistakes are always going to be made but I don’t like the idea of it happening because I’ve been lazy or unprepared.

Steve McQueen: I just want to echo what you’re saying. I can’t do any better. Maybe with the next one I can do better but right now I can’t. That’s it. That’s as much as you can ask yourself to do really.