We pay tribute to the legendary installation artist, who sadly passed away yesterday, by revisiting the last interview he did for Dazed & Confused 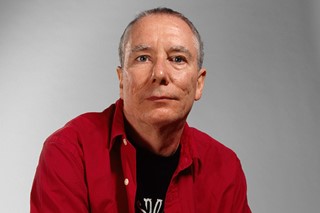 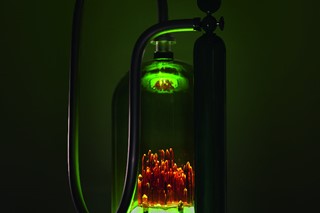 Erupting from the industrial dystopia of 70s Detroit with the likes of MC5, The Stooges and the reactionary politics of John Sinclair, Mike Kelley emerged with a biting psychedelic vision and a head for literature. Having played with art-rockers Destroy All Monsters, Kelley concentrated on visual art and experimental theatre. Two of his most significant ongoing projects are Kandors, a parody of futurist fantasies inspired by Superman’s hometown, and Extracurricular Activity Projective Reconstruction, a charmingly surreal look at repressed memory theories in which imaginary scenarios are performed, photographed or filmed to fill in the blanks in his own recollection.

Dazed & Confused: How did growing up in Detroit inspire your work?
Mike Kelley: I grew up in a kind of working-class area and a lot of the people who lived there worked in the auto industry. I became interested in psychedelia, in music primarily. And through that became interested in counterculture through bands like MC5, who were connected with the White Panther Party anarchist group. So when I was young, my main influences would be psychedelic posters and underground comics and things linked to that subculture. Detroit was almost a dead city because of the riots and things.

D&C: You played in Destroy All Monsters. Did your sound and visual aesthetics merge in a significant way?
Mike Kelley: Well my visual aesthetic was already kind of collage-oriented and disparate, it was very heterogeneous. There was a lot of purposeful clashings, so the music was similar. We never tried to make it make sense, it didn’t make any sense; we didn’t really work together, we just worked simultaneously. So that was the root of my art practice. But a lot of what interested me about the band wasn’t so much the sound, but the equipment – the equipment as sculpture. It was amps and wires and a lot of found objects. When I went into solo avant-garde theatre, I thought of that as a sort of visual music, the language was rhythmic, it wasn’t so much about the sense, it had a feeling of sense. I became very interested in the
flow of thinking.

D&C: Why did you move away from solo performance?
Mike Kelley: I worked in performance for about ten years, but I didn’t like to be in front of people any more and I shifted to doing sculpture and working with craft materials. Then again, after some years I wanted to make music so I started doing the videos. Firstly, I could use other people instead of myself and then I could do a different type of music I wouldn’t normally do; I could broaden my palette.

D&C: Your Extracurricular Activity Projective Reconstruction is about repressed memories. How did that project come about?
Mike Kelley: It was done in response to a work called “Half a Man”, working with craft materials, homemade crocheted things and stuffed animals. My initial work wasn’t about nostalgia of infantilism, it had to do with the fact that things were gifts and so it was really a response to the commodity discourse going on in the art world in the 80s. And the response I got was really shocking, people were really psychologising me like, why was I working with this stuff? Then all this stuff came up about child abuse, I hadn’t really recognised what a dominant issue that was in America. So I decided to do some work about that. I built this sculpture which was a model of every school I had ever been to and the house I grew up in, with the parts that I couldn’t remember left out, a blank, and that was a large part of the structure. And through this theory of repressed memory syndrome, the reason for the blank spaces would be that it was blocked due to some kind of abuse. So then I decided to make videos of screen memories to fill in these blank areas, false memories to fill in for the abuse.

D&C: Did you invent these memories?
Mike Kelley: I didn’t want to invent them myself so I looked for a kind of image source, to find images that were inexplicable. Local newspapers had a lot of photographs of these extra curricular activities done in school or at work that are designed to break the monotony of general activities, like “jeans Friday” at work or wacky sports at school, art classes in general or any kind of theatre and religious ceremonies. I’ll always try to pick images where you can’t tell when they’re from, a lot of the pictures are of people dressing up in styles that aren’t even in the period.

D&C: How did the Kandor series come about?
Mike Kelley: My work is often a result of things I don’t plan. With the Kandor project I was asked to be in a show in Germany for the turn of the century about futurist aesthetics. I decided to do a project incorporating some kind of cliché futurist image and I chose Kandor just because it was a typical depiction of a city of the future. I actually had no interest in Superman or anything like that. I was doing something that was an analogy for the failure of utopianism.

D&C: Was Detroit an inspiration for Kandor, which in many ways is a real-life failed utopia?
Mike Kelley: I think you’re right, the industrial rust belt is the perfect example of a failed technological utopian dream. You see all these cities that were at one time metropolises with a lot of money and people living good, and then they all go under when the technology and industry changes. It’s not worth maintaining any more, so it’s abandoned.

D&C: How are Kandor and Extracurricular Activities linked together?
Mike Kelley: To start it was meant to be nonsensical, it was ordered to break the two systems, which in my mind had become too systematic. So I picked photos that I could make videos of that would maybe represent the different cultures of different Kandors. I picked images in which there were groups of people in similar costuming so it looked like a culture. So in the first show there were two videos, one that looked like Oriental and another that looked like these very depressed gnomes living in a cellar or something. So you have these two cultures, completely randomly linked to these two cities, that was the kind of idea.

D&C: Were some of the pieces supposed to feel quite playful?
Mike Kelley: I was doing this other series of work called Memory Wares, all made from little knick-knacks and collections of jewellery. They’re just paintings made of buttons. I had boxes of this stuff left over from making these other things. I’m always thinking of my work as recycling, whatever’s left over from one project has to be used, it has to be turned into something else. My whole life I’ve always been interested in refuse, accumulations of things. My work isn’t really pre-planned, I start with a motif and it leads me some place, I don’t do a lot of pre-drawings or pre-planning.

D&C: Did you always aspire to be a visual artist?
Mike Kelley: Well initially I wanted to be a novelist or a poet.

D&C: What changed your mind?
Mike Kelley: I didn’t think I was very good. I became more interested in visual art as it seemed to be more open, you could use a lot of different materials and mix language in with it. I think it changed my writing practice completely and allowed me to become a writer, to break the cliché modalities that I was trying
to write in.

This interview appeared in the November 2011 issue of Dazed & Confused