We speak to the photographer who curates a new show exploring celebrity culture, showcasing work from the likes of Richard Simpkin and Simone Lueck 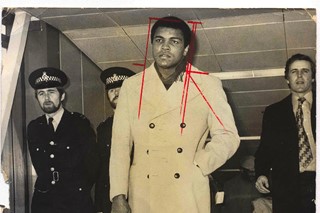 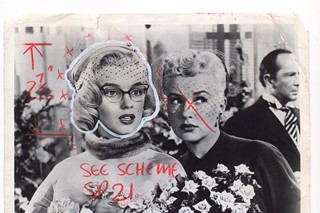 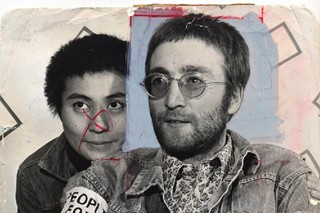 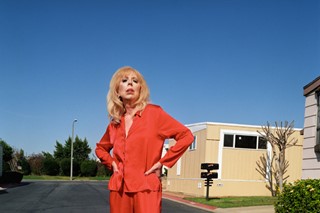 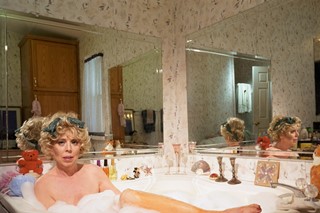 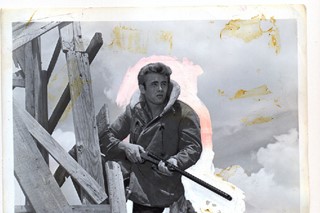 Martin Parr is undoubtedly one of Britain’s best-loved and most important photographers of modern life. The documentary photographer became a sensation in the 80s with his publication The Last Resort, a series of critical and affectionate images taken in New Brighton that explore “English-ness”, absurdities of consumer culture and the humour in everyday life.

Parr’s exploration of celebrity culture in Richard & Famous, which he is curating, can be seen as an extension of his interest in the theme of consumption. Alternatively, it is an entirely new territory for Parr as he has not produced work specifically about celebrities before. In the exhibition, Parr showcases work by photographers Richard Simpkin, an Australian star-hunter who’s adolescent desire to photograph himself with the rich and famous resulted in a lifelong project, and LA-based Simone Lueck, who invited older women to pose for her in the guise of their favourite film star.

Additionally, running concurrently to the main display, Parr presents an archive exhibition Painted Photographs which feature celebrity pictures from Parr’s private collection that have been edited by newspapers or magazines. Examining the ever-evolving celebrity culture, Richard & Famous raises questions about identity, the passage of time and what lies behind the highly controlled public images of the stars.

Dazed Digital: How did the project Richard & Famous come about?
Martin Parr: First, I found Richard Simpkin in a photography festival in Lithuania, and I proposed this to Open Eye and they liked it. And then we built the two other things on the back of that to make it a compete exhibition about the whole idea of celebrity. I thought this would be a great chance to show this work in the UK, as it hasn’t been shown here.

DD: What do you find most inspiring about Richard Simpkin’s and Simone Lueck’s work?
Martin Parr: I just like them because they bring a fresh perspective to the rather tired business of celebrity.

DD: Tell us about your ‘Painted Photographs’ private collection. When did you begin putting it together?
Martin Parr: It has accumulated over many years. I bought almost all of it in the States, in fact. Particularly in the flea markets in the New York, where it seems that a lot of them have come up. I got interested in seeing the painted photos and so I collected them.

DD: What fascinates you about these press prints and publicity shots of actors, musicians and sports stars from the post-war decades?
Martin Parr:  I love the fact there is paint over parts of the photos, makes it very surreal. Of course this is all before the days of photoshop, so it’s a fascinating insight into a world that has been left behind.

DD: Does the artist have a responsibility to challenge the status quo?
Martin Parr: Of course – you have to provoke and entertain at the same time.

DD: As well as being a photographer, you’ve also produced your own television documentaries and published a number of books. What do you enjoy about curating that you don’t experience when doing your other projects?
Martin Parr: I love curating, because I’m lucky and privileged that I have a platform and I can share my discoveries with other people. I always try and ensure that they are new.

DD: What is your motto?
Martin Parr: Keep working!

DD: What are you most excited about at the moment?
Martin Parr: This week. This week’s agenda is going to be seeing the show actually up. I’ve seen all the pictures, but haven’t seen them physically up on the wall.

DD: What's next for you?
Martin Parr: America.