The city of São Paulo provides the perfect backdrop for the Electronic Language International Festival, presenting a mishmash of digital media, codes and new ways of communicating 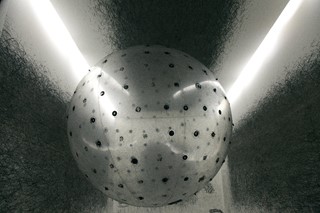 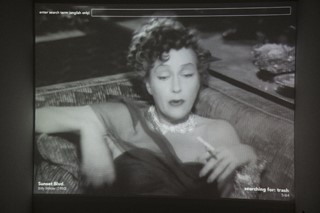 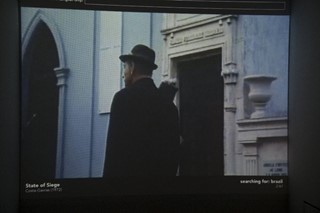 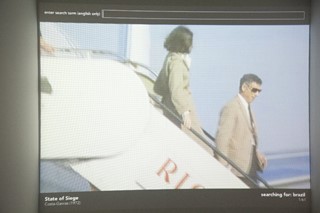 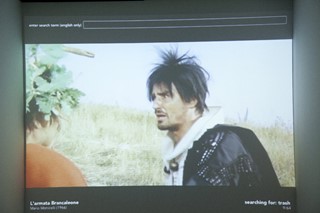 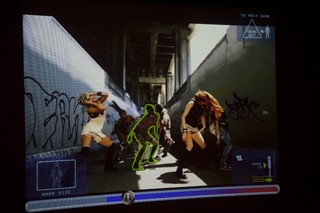 Leave it to Brazilians to loudly celebrate the advent of “electronic language”. Despite the images of sea, sun, and samba that dominate international impressions of the country, São Paulo, its most dynamic city, is a megalopolis whose dark grey skyscrapers stretch deeply into every horizon, and where any bit of green or open space is a pathetic afterthought to relentless urbanism.

Life here already feels like it takes place in some post-apocalyptic science fiction movie. Much more like Blade Runner or the Matrix than the Snoop Dogg video for “Beautiful”. So São Paulo makes the perfect backdrop for the Electronic Language International Festival [FILE]. If the city's machines stopped being able to listen to us and speak to each other, even for a second, millions of lives would be immediately be thrown out of balance.

At its best, the hodgepodge set of works on display at FILE explore new ways to communicate that are only just out of reach at the moment, and try to re-assert human control over the whole confusing situation. Especially excellent is “Algorithmic Search for Love”, from Austria's Julian Palacz, in which visitors can search a huge set of suitably high-brow movies for any word or concept, and then be treated to a quick-moving succession of clips which feature it. Certainly primarily a technological achievement, but one which foreshadows a moment when all types of material and immaterial phenomena will be inter-communicable and searchable. It's a relief, here, that all the movies are good, and very clearly the work of humans, as is the search process.

More unsettling is “Elucidating Feedback”, from New Zealand's Ben Jack, a room where a person's head is fitted with a device that projects a pattern on the wall. The degree of order in the pattern is determined by how much attention you are paying to it, which the headset can somehow sense from your brain waves. One is inevitably distracted by this intrusion, increasingly unable to concentrate and aware of a very public failure, until this downward spiral forces you out of the room in terror and shame. Probably much like how life actually will be when the robots can read our minds.

More authoritarian still is “Body Hack”, from Hong Kong's Eric Siu. “Players” are required to pose their bodies into the shapes of characters from kitsch action movies and music videos, or everything stops until they do. Somehow, the human form never really fits into the computer-generated outline on-screen. It's unclear if this is a programming error or a clear warning.

We sat down with Paula Perissinotto, one of FILE's curators, to find out what “electronic language” is, and just what it is now doing in this gallery space and outside on the streets of Brazil.

Dazed Digital: What is “electronic language”?
Paula Perissinotto: Everything that comes out of digital media. Everything created through digital codes. It's computation and the binary language.

DD: And how is it changing the world? And why is there a festival celebrating it? Is the festival indeed celebrating it?
Paula Perissinotto: Well, the festival started in 2000, and in that time, it was much more about aesthetic manifestations in the new environment of the internet. But we started to see that this world had its own logic, and since then, a lot has obviously happened. The internet has become banal, even as it transforms more and more of physical society. We're just trying to keep up with and the creations of this universe.

DD: There are lots of digital media festivals. What's different about the Brazilian context?
Paula Perissinotto: Well we hear repeatedly from artists that we can do newer and more experimental things, since we have no restrictions on us from public or private money. We're not compromised in that way.

DD: But I mean, what about the larger context of Brazilian society? What is it about Brazil's relationship to 'electronic language' that is different?
Paula Perissinotto: I come from the art world, which is very elitist. Especially when dealing with contemporary art, if you want to penetrate that world, you have to be initiated. That really limits its relation with the public. With electronic language we reach a much larger and more heterogeneous population, different social classes, widely different levels of education. [FILE installed interactive installations and games throughout the city of São Paulo, on the streets and in metro stations] And we're basically doubling the number of visitors we receive each year.

DD: Does the 2011 Festival have a theme?
Paula Perissinotto: We don't work with themes. We don't want to be forced to exclude anything that is vital to the spontaneous developments in the world. We want the population to be able to understand electronic language as a creative language, not just for consumption. The technology has been produced for consumption, but we know behind this there is an intelligence we can re-appropriate to develop our own creations.

DD: And is that happening? Are we finding more and more that technology is something we take control over to use as a creative force, or are the forces on the side of consumption stronger?
Paula Perissinotto: Well, of course the consumption aspect is more powerful, but that's not a problem just in Brazil! [laughs] You'll find that in any part of the world. Any place in the whole, entire, world.