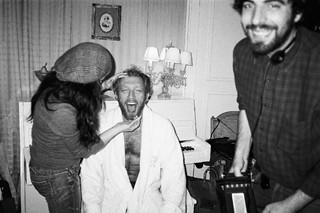 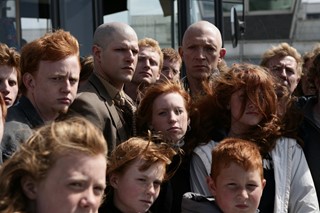 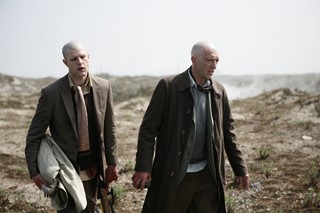 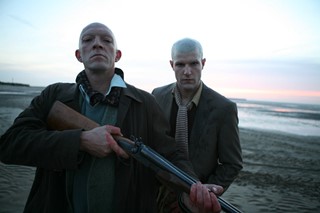 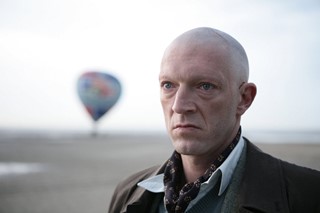 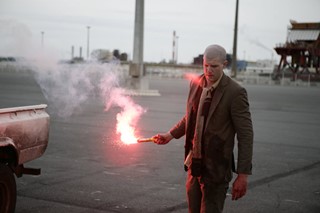 As well as producing Romain Gavras' debut feature film 'Our Day Will Come', esteemed actor Vincent Cassel plays the lead role of Patrick, a charming, clever, charismatic drifter. The film charts the meeting and subsequent erratic escapades of Patrick and Olivier Barthelemy's Rémy, a young inarticulate red head. Surreal, thrilling, violent, poetic and deeply funny, Gavras' dark take on the 'romantic comedy' follows the pair in search of a place where they will both be accepted. At the film's premiere at London's ICA, Dazed caught up with Cassel to discuss his working relationship with Gavras, acting techniques and romantic comedies.

Dazed Digital: When did you first meet Romain? What do you find most inspiring about his work?
Vincent Cassel: I met Romain when he was 14-years-old so I've seen him grow up and his work develop. He makes me feel very confident – I always have this feeling I could do anything and it would never be ridiculous. He has an attitude more akin to an older director. I mean that in a complimentary way – a lot of young directors get nervous when they have to change plans and I've never seen Romain loose his temper on set; he always very kind to people.

A director's first feature is very important  – it may have mistakes but it has a certain energy that most directors loose over time. I'm addicted to this energy and that's why I will continue to work with young directors. I think Romain is going to establish himself as one of the best directors in Europe.

DD: What did you think about the film when Romain first discussed it with you?
Vincent Cassel: The film wasn't exactly what it ended up being – at first it was a story about characters. Romain and Karim Boukercha [who co-wrote the script] wanted to make a film about rebellion, about being an outcast, with an absurd type of humour. It's not about a community in particular, it's not about race. The film is funny more than anything else, and poetic.

DD: There's a brilliant dynamic between you and Olivier in the film. When did you first meet?
Vincent Cassel: About 15 years ago, working on short films with Romain and Kim [Chapiron]. He’s a great friend of ours, and I’ve spent many holidays with him. Whilst shooting, we were living in the same house in northern France. It got a bit much for him, I think. I would act in the mind of my character, constantly winding him up. I would go into his room when he was falling asleep and freak him out, or run around naked; I thought it was really funny. The next day on set you wouldn't have to work anymore because he was so wound up.

DD: How would you describe your state of mind when acting?
Vincent Cassel: I’m trying to stay awake. I’m trying to have fun. I’m trying to still let my imagination fly away. I know that something’s going well when I start to have nightmares about it. I get into a state of mind where the character and the film is all that matters. When I'm on set, I behave like I'm a child, even when I’m producing. I laughed so much whilst making the film, I was hysterical nearly twice a day.

That doesn't happen very often. It’s all about having fun and letting yourself go – the older I get, the more I realise it's not about being serious. Kids can come up with incredible stuff – they can cry and laugh in a matter of minutes. I don’t think there’s really a technique to acting, it’s about reacting.

DD: What's your favourite scene in the film?
Vincent Cassel: Everything that happens in the hotel – the girls in the pool, the kitchen walk-through, the piano and the jacuzzi. It's nihilistic. It's real 'romance'.

DD: What's your favourite romantic comedy?
Vincent Cassel: Nights of Cabiria (1957), directed by Federico Fellini. It's a romantic comedy in a way…But a genre is only interesting to me if it’s twisted.

Our Day Will Come is being screened at the ICA, London until August 18 2011. The DVD is out August 22