To celebrate the release of his new film, ‘Beginners’, polymath auteur Mike Mills launches an exhibition at Family bookstore in Los Angeles 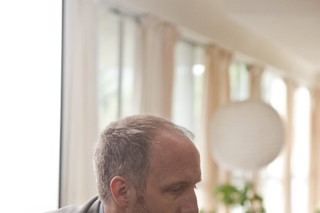 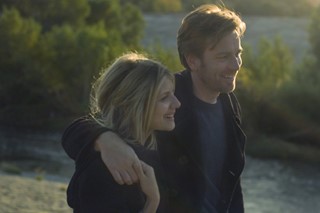 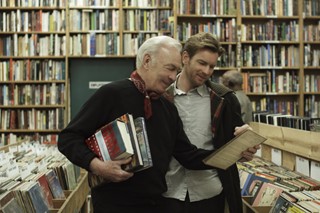 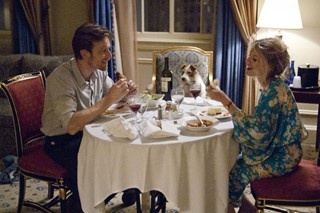 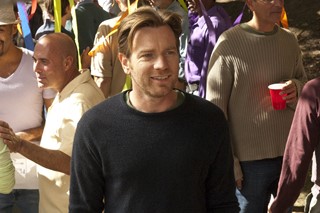 In ‘Beginners’, the elegiac and ultimately revelatory semi-autobiographical new movie from artist-director, Mike Mills; Ewan McGregor plays his alter ego, Oliver – a graphic designer coming to terms with the loss of his father, Hal (played by Christopher Plummer). After four decades of marriage and the death of his wife, Hal comes out as gay and embraces pleasures previously unknown to him such as a hunky younger boyfriend and a newly liberated lifestyle, only to be diagnosed with cancer five years later. Sadness pickles Oliver and threatens to engulf him, that is until he meets Anna (an effortlessly natural Mélanie Laurent) with whom he embarks on a tentative courtship, learning in the process how much of a beginner he is when it comes to long lasting romantic love.

More than just a sweet, funny and moving film, Mills has created a whole world around ‘Beginners’ – with an accompanying book (Mike Mills: Drawings From the Film Beginners), blog and currently an exhibition at creative LA hub, Family bookstore. “I did that with (2005 feature debut) Thumbsucker too,” says Mills, “I think when you’re making a film, it’s as close as you can get to starting a company or opening a restaurant. You have to do a lot. You really have to reach out to the audience. That’s part of the privilege of having a theatrical release which isn’t something I take for granted.” True to his past life as a graphic designer and video director par excellence (Sonic Youth, Air and Yoko Ono), Mills spent the years writing the script, also sketching as his protagonist, Oliver illustrating ‘The History of Sadness’. Says Mills, “This time around, I got more confident with putting graphics and drawings into a film and telling a story from a less linear way.” Melancholy is also a recurring theme in Mills’ work – “All my work is studying my emotional history to set myself free. Sadness is part of my story, maybe I have melancholy more than other people but I want to make a place for it.” The movie lovingly pay homage to the lyricism of Godard, Fellini and Wong Kar Wai which Mills wholeheartedly embraced this time round: “I loved Godard and everything New Wave brought into the world. Fellini’s 8 ½ is one of the most important films in the world to me. With this film I just admitted my artistic European intentions and just rolled with it. And I had more bravery that an audience could connect.”

This short film by Felipe Lima and Andy Bruntel documents the exhibition at Family bookstore of Mills’ original drawings as well as on-set photography by photographers Sarah Soquel Morhaim and Todd Cole.  For Mills, it’s been a rare opportunity to engage with his audience. “It’s a lot of work but I really enjoyed it. I like cultural entrepreneurialism. I like thinking of the audience and I like communicating. I went to art school but I didn’t want to do art because it was a little too rarefied and closed off. That’s how I got into graphic design and videos. So I’ve been on this long journey – a shy person’s journey to talk to strangers. And it’s taken years but increasingly I get more and more engaged.”