Screened at the Barbican last Saturday, Juan Biaiñ’s latest documentary stars Noam Chomsky and Brian Eno, and looks at the potency of increasing global surveillance and how it impacts on the future of society

16May 2011
TextAmy Jane Wood
Article 12: Waking up in a surveillance society9 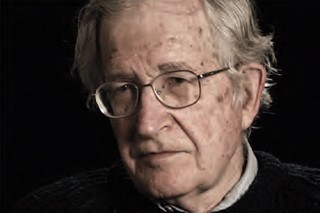 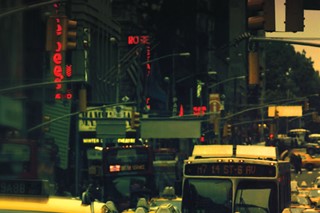 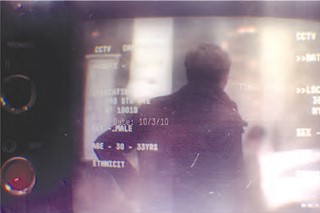 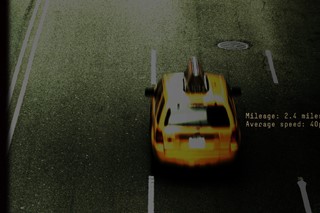 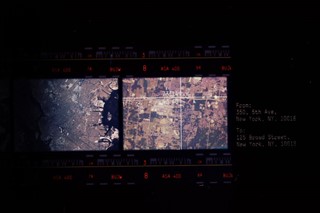 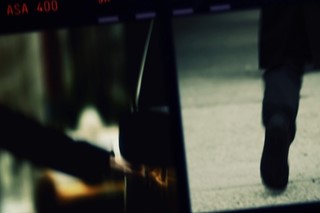 Presented as part of the London International Documentary Festival at the Barbican, 'Article 12' is a provocative documentary that seeks to expose the threat to human freedoms and rights posed by increasing global surveillance. Directed by Juan Manuel Biaiñ and featuring interviews with leading academic Noam Chomsky and musician Brian Eno amongst others, Article 12 takes its name from the Universal Declaration of Human Rights, the twelfth article of which states mans right to privacy.

With London ranked as one of the most surveilled cities in world, this compelling exposé provides an eye-opening debate on the potency of surveillance from its voyeuristic effects on mankind to the incurred social control of populations. In these times of increased dependence on computer-mediated communications, where our moves are easily tracked, Article 12 serves as warning of a potential cultural catastrophe, which could see the future slip into an Orwellian society of mass surveillance and depleted personal and political freedoms. We spoke with director, Juan, to find out more…

Dazed Digital: Where did you get the idea for the documentary? Is surveillance an issue that you personally feel strongly about?
Juan Manuel Biaiñ: Yes I feel very strongly about surveillance and privacy. The years I worked in IT gave me a deeper understanding of the vulnerabilities of the computer world and the scope for surveillance - everything is programmed in such a way that it will always leave a trace. We deal with it today with the Apple Iphone and Google Android tracking devices that record the users' every day activities and send that information to tertiary companies.

I also feel strongly about these issues because as an Argentinean, I remember the times we were under military prosecution and when the right to privacy was systematically violated resulting in the large-scale erosion of personal liberties and ultimately, to mass victimisations, persecutions and death. This made me think about the effects of surveillance per se and also of who is behind it and ultimately motivated me to make this movie.

DD: Can you take us through your creative process?
Juan Manuel Biaiñ:  I just develop the projects that I feel passionate about. In general, I follow political and social issues in the attempt to make a difference and create a dialogue between the contributors to the film and the public.

DD: How potentially harmful do you think mass surveillance could be to our society?
Juan Manuel Biaiñ: That depends on the country and, most importantly, on who has the power. Here in London there are cameras all over the place and all the electronic communication is recorded. So, in some cases, you can say this makes you feel safer; but, essentially surveillance or the lack of privacy changes how people feel and interact. In the end, we need to think about who runs this surveillance society? Governments change and people change, so we need regulations to prevent these kinds of things. I think it is time we thought about the creation of the Digital Habeas Corpus.

DD: Any advice you could give to fledgling documentary makers?
Juan Manuel Biaiñ: If you have an idea that you feel strongly about, keep it and dedicate yourself to making it happen.

DD: Would you agree that most people have a generally nonchalant attitude towards the abridgements of privacy that take place everyday?
Juan Manuel Biaiñ: Yes, I agree and I think that is a problem that we need to address as soon as possible. For that reason I made Article 12: to raise awareness, to make people talk about this, and to give a perspective over the current state of surveillance and privacy. This is just the first step to bringing about social change.

DD: In your opinion, what can we do as individuals to sustain a free world?
Juan Manuel Biaiñ: The existence of our digital personas is a fact; they are mirrored representations of the physical personas to which they should have a direct and singular connection. Existing laws regulating our digital movement and our digital personas have not been established properly yet. What is valid, however, is that in most cases, they have direct impact over our physical lives. Companies and governments decide whether we are eligible for mortgages, loans and life and health insurances by accessing data about our digital personas.

Other people are discriminated against based on the same criterion. Persons have become pure exchange tools on a market where power is the currency. The first step is to take ownership of our data – our representation in the digital world – irrespective of race, social status, or religion. Consequently, this asks for the creation of a regulatory body – the Digital Habeas Corpus.