We talk to the young director responsible for one of the most quietly brilliant films about love, life and death that you are likely to see this year 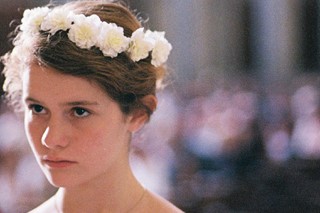 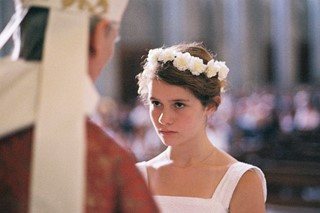 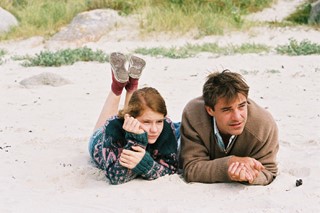 'Love Like Poison' is the debut feature from Katell Quillévéré – the startlingly talented young writer/director whose quietly brilliant exploration of burgeoning teenage sexuality in a quiet country town was the runaway success story at last year's Cannes. it tells the coming-of-age story of Anna (Clara Augarde), a soon-to-be confirmed catholic girl trapped in the tortured loneliness of adolescence and caught in the crossfire of her parents, her hormones and her internal wranglings over her flagging faith in the church.

Taking in its sway the desolate desire of a parish priest, the bitterness of a separated middle-aged couple and the death of a man increasingly estranged from his son, it is a wonderful portrait of familial relationships and the suffering at the core of the human condition. In fact, the film has a feeling of reality that is almost uncomfortable to watch at times, so when we talked to the young auteur responsible it came as little surprise that it has a somewhat autobiographical edge...

Dazed Digital: Why the title Love Like Poison? What is the film saying about love, burgeoning sexuality and religion?
Katell Quillévéré: The French title Un Poison Violent is a reference to a song by Serge Gainsbourg, who uses the expression to define love. For me, this title refers more deeply to all the things that can make us feel alive, including the things that can make us suffer. It’s a contradictory impulse that maybe the discovery of suffering begins to guide our relationship to the world. I think the ‘poison’ is the discovery that being in love is a really strong feeling that makes you feel very much alive, but that also puts you in danger because you start suffering for real.

Dazed Digital: What made you want to explore this notion that suffering is a core part of being alive?
Katell Quillévéré: I work in an instinctive way, and I think that’s a very personal thing. When I started writing the film I didn’t know the direction it would take, but I knew that the main character would be a young teenage girl – a catholic girl that would be discovering her sexuality and the emancipation that brings. I wanted to talk about that because I was raised in a religious environment, although the story is not autobiographical it was relevant to me. I felt I had to talk about that in my first picture.

Dazed Digital: What was your relationship with religion as a teenager?
Katell Quillévéré: I had a religious mother and when I was a child I was a really strong believer, but then I lost my faith when I was 14 or 15. It’s been a really strong fight to deal with that because I think it constricted my personality for a while. Later, I discovered photography and cinema and I think that is linked in some way to the religious impulse, because when you grow up in an environment where sacred things have a big place, then when you discover cinema you embrace it in a sacred way. I think when you make movies it is connected to something sacred and is about the need to leave something behind that lives after you are gone.

Dazed Digital: What comment are you making about religion's place in modern society, as someone who had faith and lost it?
Katell Quillévéré: I think my movie explains the ambivalent feelings I have for the Catholic religion. In a way, I have a massive respect for people that have faith and for priests who give their lives to help suffering people. In another way, I think Catholic religion in France is quite anachronistic because it doesn’t adapt to the modern world. It is very sad a priest can’t get married and my film talks about that. I think the mother and the priest could be more happy if their love could be free, and that would also be kind of a rebellion against the guilt and suffering that is such a big part of the Catholic religion. The relationship between the body and the spirit in the Catholic spirit is something that is really destructive and dangerous, especially for young people

Dazed Digital: Despite the darker themes, there a wonderful quietness to the film that is engaging – which directors have most inspired you?
Katell Quillévéré: I have been influenced by Bresson, who talks a lot about these kind of girls in the movie Diary of A Country Priest. I've also been really influenced by the writer George Bataille, so I think there are two big contrasting influences that have fed my imagination. The character of Anna is not mystical or decadent but she carries this duality within here. It’s true about the film being quiet. I wanted to find a narrative structure that would allow me to rediscover those lost feelings adolescence – a time where everything seems to move slowly because you are in a bubble. It’s a time when you are not a child or an adult – you don’t entirely belong to yourself and you spend hours getting bored and dreaming of how you could live.

Dazed Digital: It’s quite an odd relationship she has with the grandfather. It's touching but also uncomfortable…
Katell Quillévéré: I often notice with old people that when they are coming to terms with their death they often become more truthful. I think this Grandfather just has a really strong relationship with his granddaughter. He has this strange wish that before he dies he would like to see a woman one more time and he doesn’t have anybody to have sex with, so he asks her to 'show him where he came from'. It doesn’t have anything to do with incest or anything like that, it is more like a gift. When Anna decides to show herself to her grandfather it could be read as the most Christian element of the movie, because that is really what a gift is, you know? It is an uncomfortable moment, though, and it breaks something between these two characters – it allows Anna to say goodbye to him and grow up, and it allows her grandfather to quit life and die.

Dazed Digital: The girl who plays Anna is amazing how did you find her?
Katell Quillévéré: Well, I had been looking for months. I practiced 'wild casting' – looking in the streets, theatres and high schools – and we saw 400 girls before we found her. She definitely had this real gift, you know? She had never had an experience in theatre or film and she was able to listen to herself and know when she was good or not, which was her natural beauty. She was only 13 when we started and she really grew up while were filming. I had to always observe her because what she was actually going through in reality was sometimes more interesting than what I had written!