Inspired by the palpable in-between, the British artist dabbles in a spot of spectator’s activism in the run up to the Olympics for his new exhibition at London’s See Studio 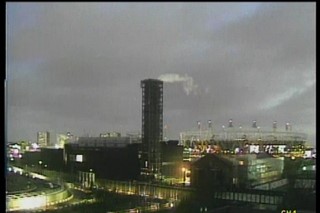 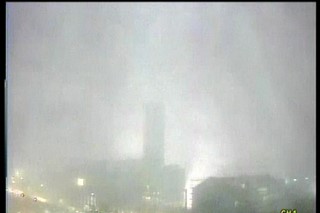 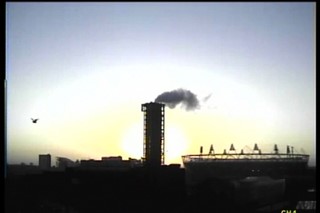 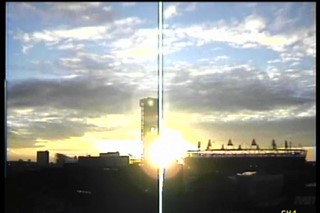 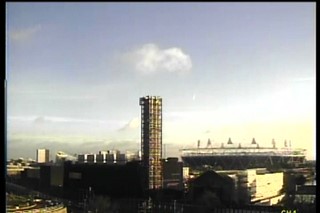 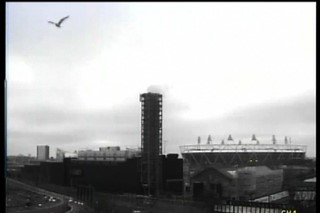 Taking a two-week residency overlooking the construction of the Olympic Park stadium complex on a rooftop in Hackney Wick, British artist Jim Woodall patiently observed. Equipped with CCTV cameras and monitors in a make shift shack - otherwise known as his ‘control room’ – day-to-day events were meticulously documented. Inspired by the cloud of anticipation generated ahead of the Olympics, Woodall’s project takes the notion of spectatorship and turns it on its head.

Opening at Hackney’s very own See Studio, Olympic State showcases the fruits of what eventually manifested itself as a paranoid labor. The entire two weeks worth of footage, showing patrolling security vans and the buzz of power-stations against a backdrop of fog and breathtaking sunrise and sunsets, will be projected on interior screens in the reinstalled control room, featuring at the centre of the exhibition. Dazed Digital talks to Woodall about the project…

Dazed Digital: Can you explain where the idea for Olympic State came from?
Jim Woodall: During a trip to Malta, I came across several hundred hunting huts, built from local and reclaimed materials and in remote positions not accessible by car. I spent the night in a hut overlooking the sea and in the morning walked back into the city, through a building site covered by CCTV and manned by 2 guards in security huts. These huts resembled the hut I had just spent the night in and made me realise the similarity between the act of hunting and manning a CCTV control room. You are always waiting for the ‘event’. There are long periods of nothing - where the weather and climatic changes are the only ‘happening’. I had been thinking about the countdown towards the Olympics since the day that they announced it was 1000 days away and how an event of such scale with such a large lead-up time effects our expectation of it.

So, Olympic State refers to two states; The State - the controlled, walled environment surrounded by CCTV and security and the state of mind – of excitement and expectation towards the coming spectacle of the Olympics. Olympic State is an endurance exercise in spectatorship and an act of counter-surveillance.

DD: What kind of equipment did you have in your control room?
Jim Woodall: 8 monitors, 2 x 4 channel CCTV recorders, 8 CCTV cameras (mounted outside on bird feeding tables), 2 computers capturing extra footage from 2 internal cameras, a microwave, a kettle, a radio and a bed. Plus supplies…

DD: What was the most interesting thing you observed?
Jim Woodall: The weather changes, the dawns (seen through several monitors at once) and the sunsets. The most amazing morning was the 13 December when a complete blanket of fog made the Olympic Stadium disappear. The experience of viewing the Olympic Park in this way emphasises the alienation of the spectator through the mediation of screens.  The multiple streams of moving images created during the performance, all unsanctioned by official media sources, foreground the effect of the mega-event on the individual.

DD: Have you always liked to observe others and if so, where does that curiosity come from?
Jim Woodall: I’m interested more in who is watching us.

DD: How would you describe your work?
Jim Woodall: Social-political intervention and event-based installations. I previously worked within Cutup Collective for 5 years, rearranging the city’s billboards.

DD: What did you discover from this project?
Jim Woodall: That sleeping in a room filled with monitors on 24hrs a day affects your ability to sleep. I felt incredibly paranoid – always aware of the cameras facing me from inside the Olympic Park. I thought my movements were being monitored so I would creep around the roof, trying to stay low. I think this is a result of solitude and creating a space with which to view the world through screens. You lose the connection with reality.