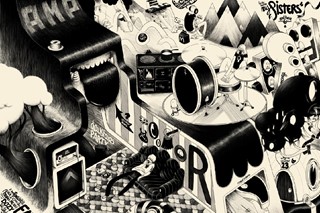 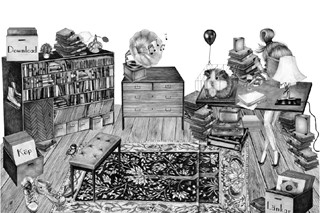 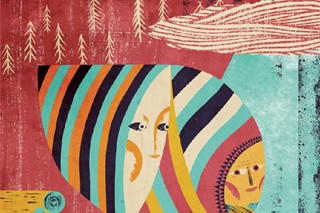 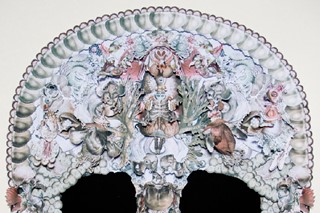 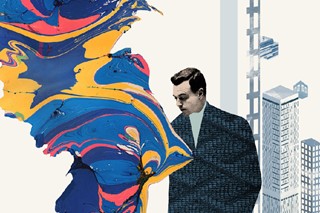 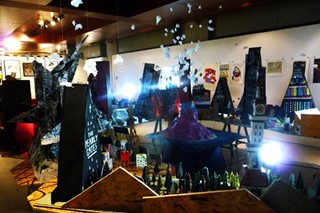 London’s premier Graphic Art Fair returns to Somerset House and will feature work from some of the discipline’s most infamous names and emerging prospects. Now it its second year, Pick Me Up will feature work from Anthony Burrill, Concrete Hermit, Evening Tweed, It’s Nice That, Nobrow, Nous Vous and Print Club London. We caught up with Pick Me Up debutants the 'ThemLot Collective' to talk about their practice and who they’re looking forward to working with in the future.

Dazed Digital: Tell us about your work for Pick Me Up?
ThemLot: Well, we don't think illustration should only exist on the page. It’s pretty important to us that our illustration has the potential to be anything and everything. So I guess with this in mind we’ve gone and actually built a model city that we're going to use as a film set for a short film about suspense and the fear of living in the city. The aim is to have a green screen set up and we're going to do a bit of stop motion animation around the city culminating on Sunday the 27th when film in the cinema at the gallery.

DD: It's really interesting that you’ve created a city that isn’t explicitly dystopic or a utopic.
ThemLot: If you think about London you have to acknowledge there is this peculiar mix of architectural styles that sit together in what appears a totally familiar but unusual way. But then you only have to take a walk through any city to see that the reality is even stranger. These sorts of hybrid projects are something we find really interesting – the point at which illustration provides the starting point for different ways of telling stories.

DD: Where did you guys meet?
ThemLot: When we first started the collective it was more about anyone and everyone that was interested in drawing but as we've gone on we have started to be a bit more selective over who we work with, the collective is primarily James Bourne, Gareth Barnett (James actually taught Gareth for a module at uni) and Mark Long but we work with a wide variety of artists, illustrators, animators, all sorts really, depending on what projects we take on.

DD: How do you guys define yourselves as a collective?
ThemLot: We think it is really important that the collective is filled with different artists, if we all did the same stuff it would be boring. I'm always interested in what happens when we combine different aesthetics, that's probably why there is always a distinctive lo-fi feel to ThemLot.

DD: What sort of things are you looking to see at the Fair?
ThemLot: When it comes to graphic art, it seems there aren’t as many barriers anymore. There are very few ‘definitions’ which we think is definitely a good thing. Puck Collective are making a zine a day that responds to what’s going on at the fair so I'm looking forward to seeing how that works and to collaborating with them somehow, Jaguar Shoes Collective have transformed their space in a really cool way. If we get a break from filming I'd like to go and try some screen-printing with Print Club and I will definitely be finding time to watch the It's Nice That cinema, several times probably! Also on Thursday nights we are open until 9pm and there is some live drawing by a group of really great illustrators such as Luke Best and Will Sweeney.