13January 2023
TextEmily Dinsdale
What Matters Most: Photographs of Black Life (2023)24 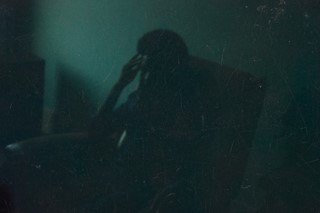 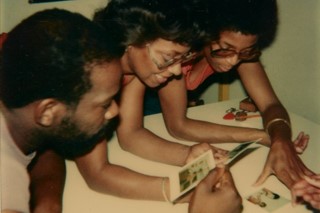 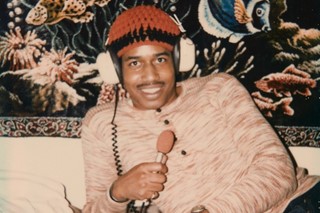 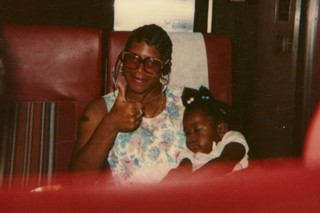 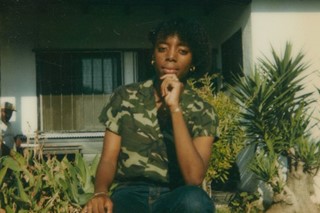 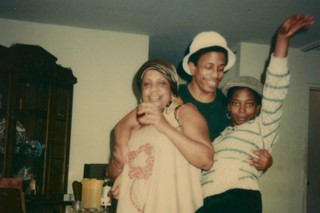 When he found some family snapshots on a Detroit pavement back in 2012, photographer and visual storyteller Zun Lee didn’t realise it was the inception of what would become a vast and consuming project...

Trying and failing to identify the owners of these dispossessed pictures set Lee thinking about domestic photos as artefacts, as a unique and valuable form of self-expression, and as repositories of memory. Over the ensuing years, as he acquired from donations and auctions more and more of these unclaimed portraits of African-American family life, he began to question what it meant for personal photo albums to be lost, abandoned or reclaimed and, in a broader sense, to contemplate “what people hold on to, and what people cannot hold on to”.

The Fade Resistance archive is now in excess of 4,000 pictures and, while in his guardianship, Lee has continued to make the images visible in various ways, posting them on Instagram and Tumblr, and staging an exhibition last year at the Art Gallery of Ontario, in the hope that people may spot themselves or people they know amongst the archive and retrieve their pictures. But also because there’s something vitally important about communing with intimate photos depicting the lives of others. Thousands of moments including birthdays, christenings, parties, friendships, and fleeting moments of romance, childhood, and domestic life are preserved within the collection and, encountering these anonymous fragments of history not only enlarges our understanding and empathy but enables us to revisit our own lost moments in time. Lee explains, “Unpacking stories of Black life allows us to share our own stories.”

The archive focuses on instant images such as Polaroids and Kodak Instamatic prints because Lee feels that they offer a unique kind of documentation. “Posing for a Polaroid camera kind of makes you perform in a certain way,” he explains. Apart from the immediacy – and expense – of each shot, bypassing the developers allowed for more uninhibited pictures and a sense of being unjudged. Lee explains, “Because there isn’t a roll of film that you sent to the lab, and you didn't have to worry about who looked at these images, it allowed for certain liberties.”

A selection of images from Fade Resistance has now been gathered into a new book by Lee and his co-editor Sophie Hackett. What Matters Most (Published by the Art Gallery of Ontario & DelMonico Books · D.A.P) presents around 800 pictures from Lee’s collection. The pages of this extraordinary work – impregnated as they are with endless speculative configurations of memory and meaning – offer us an invitation. “Looking at these images is a nostalgic vehicle to access certain memories,” Lee tells Dazed in a conversation over Zoom. “Sharing stories around these images is also really sharing stories about ourselves.”

Below, we talk to Zun Lee about the function and importance of making the political personal, the structural inequalities dividing people from their possessions, and asking ourselves what actually matters most.

Who do the pictures depict and what time period do they span?

Zun Lee: It’s a collection of images that span the gamut of everyday Black family life from the 1950s all the way to the early 2000s. Everything that informed culture and Black American culture at that time, from domestic life, fashion, interior design, through Polaroid images and Kodak Instamatic prints.

I focused on the instant image because people have a very specific relationship with the instant photo. I feel that people performed more for the instant image because of the technology, but also the fact that there was only a limited amount of shots in a cartridge and those are actually rather expensive, so people didn’t want to waste an image. And you know, at the same time, there was a whole performative process around it… you hear the engine whirring, and then you hear the image come out, you smell the solvent, and then you get around to see this magic of the image appearing.

“We see a lot in contemporary culture around what Black joy is, what Black Lives Matter should be, what Black resistance looks like. Social Media often flattens and narrows these narratives” – Zun Lee

Could you tell us about the origins and the impetus for this project?

Zun Lee: There’s not really an official start date, because it wasn’t really initially conceptualised as a project, but I think you could probably trace it back to a weekend I spent in Detroit in the summer of 2012. I just happen to stumble across some of these photographs lying in the middle of the street. I assumed they had dropped out of somebody’s pocket so I knocked on doors in the neighbourhood to see if they belonged to somebody in that vicinity, and that didn’t happen to be the case.

I took these photos home to do some further research and realised the scale of this issue of found photos is quite enormous. A lot of photos end up on the street through people either discarding their belongings or losing their belongings to foreclosures and other structural issues. It’s part of the zeitgeist and also part of the culture, in terms of what people hold on to, and what people cannot hold on to.

Over time, I kept finding pictures in dumpsters and various places. And then people gifted photos they had found, or pointed me towards albums people had maybe lost or found or discarded. Now there are close to 4,500 images and counting.

Does it feel like a big responsibility to be the custodian of these memories?

Zun Lee: I guess in hindsight, you could kind of frame it as such, but really my intention was never to hold on to these images. It started out initially more like detective work if anything. I began posting them on Instagram and Tumblr to see if anyone might recognise themselves, but trying to find out who those photos belonged to was a very Sisyphean task.

So few families have yet to reclaim their images and so, the question was, what do with all these boxes? What is the proper way to keep them safe and to preserve them? The next logical step was to find an institution that could do the proper archiving and safeguarding until such time that somebody might come and recognise themselves and reclaim their pictures.

What percentage of the images from the archives are included in the book?

Zun Lee: The book has about 800, so it’s a small fraction of the overall collection, but we really wanted to curate an experience rather than just having an imposing coffee table monograph that people are scared to open. We really wanted a book that reminds you of having a little shoebox of images; something you’re not afraid to handle. So it’s partly nostalgia, but it’s also allowing people to make themselves vulnerable about their own stories. For instance, you might see an image of somebody else’s mother and their child, and then, ‘Oh, wow, this reminds me of when I was 13.’ And so I feel like the book sort of creates that invitation as well. Looking at these images is a nostalgic vehicle to access certain memories, and sharing stories around these images is also really sharing stories about ourselves.

What kinds of narratives emerge from this collection?

Zun Lee: I mean, so many. We see a lot in contemporary culture around what Black joy is, what Black Lives Matter should be, what Black resistance looks like. Social media often flattens and narrows these narratives, but these images open up a whole range of possibilities that also give viewers a sense of time and of how people self-represented in the 50s, 60s, 70s, 80s, 90s and the early 2000s. But also, maybe they’ll think, ‘Let me look at my own photo album, I don't need to look at Instagram.’ Or, ‘How might my own family have thought about these things?’

Rather than looking at a hashtag, it allows people to really inject themselves into the narrative. Here’s how we defined joy and resistance, here’s how we looked at the Black family, rather than the media defining the Black family as something other. And so it’s kind of making the political personal again.

What significance does the title of the project hold for you? Why did you choose to call it What Matters Most?

Zun Lee: We purposely titled it What Matters Most because I didn’t want to answer my own questions or my own suppositions of what this is supposed to be. These are not images that I made, so it would be kind of arrogant of me to impose a narrative onto them. We really wanted a title that is open but specific; a reflection of whatever you want. There is a multitude of questions this work opens up and I really want people and sit with those.

There are very structural and systemic questions of what had to happen for all of these images to be separated from the erstwhile owners, and that points to very structural issues that are very global, right? They happen in the UK as much as in the US, disproportionately affecting poor, marginalised communities and people of colour communities the most.

Ultimately, the work the book asks of you as a reader is to think about what matters most to you. This question of what matters most will hopefully iteratively produce different answers on different days. It’s sort of a book for all seasons and all provocations. Maybe one day I’m thinking about my son, or one day I’ll be thinking about my grandmother or, you know, a messy high school friend that I really just never wanted to see again and this book, it kind of holds up a mirror to your own life by unpacking stories of Black life in a way that kind of allows us to share our own stories.

What Matters Most: Photographs of Black Life edited by Zun Lee and Sophie Hackett and published by the Art Gallery of Ontario & DelMonico Books · D.A.P.