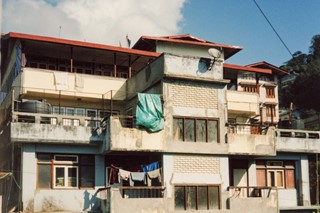 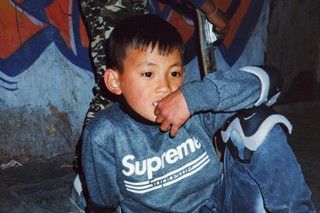 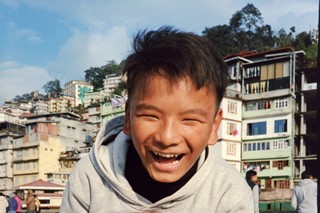 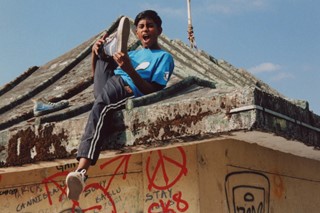 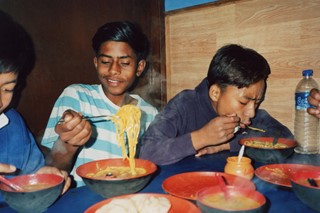 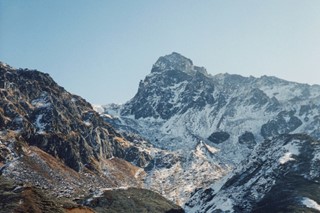 When Seoul-based photographer Taemin Ha’s plans to shoot a project in Guwahati, India, were cancelled due to protests that had broken out in the city, he decided to settle for a few days in Sikkim, a state in the Eastern Himalayas that borders Nepal, Bhutan, and Tibet. One morning while pondering his next move from his balcony, he spotted a group of skateboarders on a rooftop and made his way down to watch them. It was a split-second decision that would shift his path for the next month, and Ha decided to get to know the kids who would meet each day on what they call ‘the terrace’.

“The place was unique,“ observes Ha. “It was packed with a diverse group of people: masala chai ladies, homeless people, and those hanging out after shopping. But the kids seemed oblivious to all the distractions I could see; they were completely absorbed in skating.”

As he got to know the skaters, Ha began documenting their days on the terrace and, gradually, he was welcomed in as a friend. “In the beginning, [the relationship] was more about the boys trying to impress me with their skate skills and how good they are,” Ha says. “The more time we spent together, however, the more I was into their personal life. Each of them invited me to their houses daily, and I started spending time with their families. Sometimes we went to their secret hidden place in the middle of the mountain to hang out.”

Without any skate shops in Sikkim, the boys share boards and set-ups that they order from South India. One boy named Tarik – the best skater of the group – dreams of going to the Olympics with India’s national skateboard team.

Ha grew closest to a boy named Purba, whose mother ran a small restaurant nearby the terrace where a late lunch was served after skating. Purba features on the cover of Sikkim, the book Ha published on his return to Seoul – Purba’s tongue playfully poking out as he holds a skate wheel up to his eye.

Ha’s journey with the boys is traceable through the sequence of his images in Sikkim. Skate shots open the book but soon lead to more intimate moments, like Purba helping his mum in her restaurant, spending time with family, or sneaking cigarettes. “I wanted the audience to follow the path as I got to know them and got close to them, as the series of a journey.” This isn’t simply a book about skateboarding, Ha notes. “It’s a book about the time the kids and I spent together.”