In A Rose And A Prayer, multi-disciplinary artist Ode uses religious iconography to challenge western perceptions of Brazil

29November 2022
TextAshleigh Kane
A Rose and a Prayer12 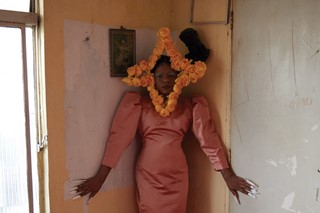 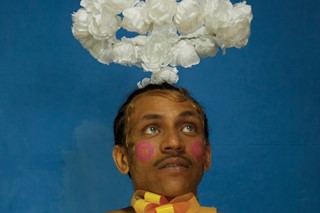 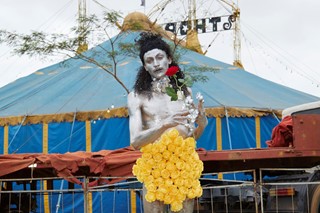 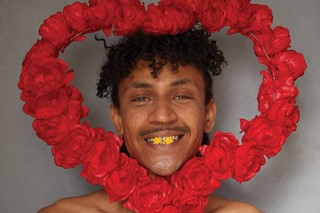 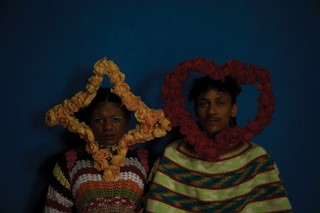 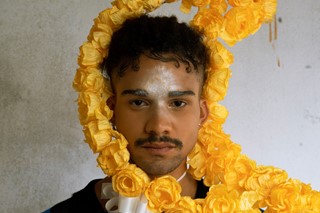 “In Brazil, it is common to say a prayer before you go to sleep,” says Ode, a young multi-disciplinary artist whose favourite invocation speaks to divine beings and guardian angels. The prayer, Ode explains, reads: “Divine mercy, always rules, guards, governs, and enlightens me. Amen.”

In her recent photobook, A Rose and a Prayer, these celestial figures aren’t only called to in the night; they’re part of waking life. They are her and her friends. “The picture of (Brazilian singer) Urias painted in gold, wearing a piece in the shape of a harp,” she says, “represents what I imagine these angels look like who visit us when we are sleeping.”

Photographed in respective shoots by Cássia Tabatini and Gabriel Cupaiolo, Ode – who also styled the shoots – and her friends are adorned by paper roses and elevated into divine beings through the religious and sacred symbols that connect Brazil and Latin American countries of the Global South with those of the Global North. It’s a study, she adds, of Brazilian iconographies that challenge western perceptions, which tend to ignore the Global South as part of Latin American life.

A Prayer and a Rose was photographed in the southeastern city of Guarulhos, São Paulo. It represents a crossroads of two stories – the developed area near the city centre and the alleys that lead to a favela. “What is a divine being doing there, in front of those cheap curtains? What can divine beings have to do with peeling and musty walls? And with dirty floors and objects like paintings and deteriorated religious images?” asks Ode. “For a Latinx child, especially also Black and queer like us, for a long and innocent period, we live stigmatised, but inside our homes, we can be divines.”

These beings are amongst us – if only we dare to reimagine them. As a Black travesti (meaning trans in Latin America), Ode faces the grim reality that more trans people are killed in Brazil than in any other country, while it also battles an ongoing racial war. She says: “For me, there is no lack of knots to untie, waters to be turned into wine, miracles to work, and seas to open so that I can walk on water – rites and passages so that I can live in abundance.” When she appears in the photographs, it is, she says, “about my history and how I exercise ghosts and turn them into poetry.”

The portraits also act as “portals to a place where nostalgia, fantasy and the feeling of diaspora converge” – people from different places united by ancestral ties. Autobiography and collective experiences are cross-referenced in photographs: the football player in ballet shoes reveals Ode’s repressed desire to dance but only being allowed to kick a ball. Whereas the angel represents common celestial ornaments that hang on the walls of homes across Brazil.

“I operate as a kind of translator of the divine universe of my intuition and imagination,” Ode explains. “In the sense of someone who brings people closer to another world, making public some archetypes and signs that I have created throughout my life.” Looking beyond A Rose and a Prayer, Ode will continue her exploration of religious imagery “to address the fear and guilt – and also the love and hope – that surround my relationship with the church,” she says. “Alongside what I have learned by immersing myself in Afro-Brazilian rites, my memories, and traumas.”