‘Photography is so beautiful’: The image-maker tells Dazed how looking through the viewfinder of his camera helps him engage with the world at large 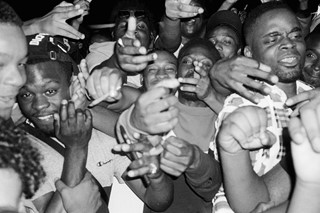 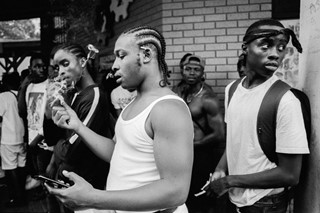 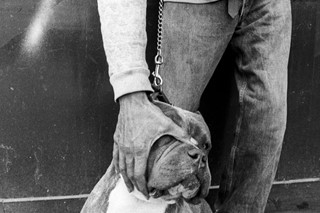 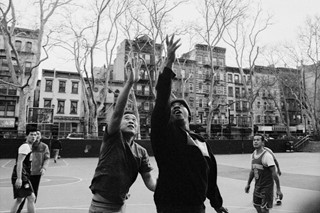 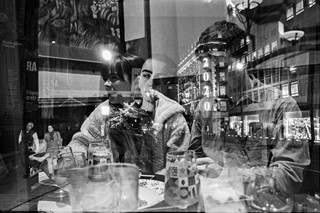 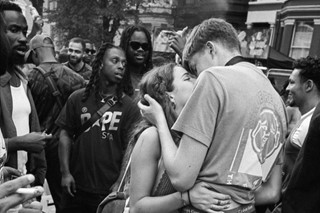 Photographer Alfie White first emerged in 2019, gaining recognition for his evocative and nuanced portraits bearing the hallmarks of soulful, timeless social documentary photography. Born and raised in south London, the Dazed 100 alumni and Circa x Dazed Class of 2021 finalist has become most known for his poignant, candid depictions of the street life of his hometown. But his career in photography wasn’t premeditated. “It’s all come about really accidentally,” he tells Dazed. “I started taking photos because my friends and I were trying to take streetwear fashion pictures for Instagram. And I thought if I bought a camera and the photos would just automatically be better.”

You could say it’s this aspect of chance that most appeals to him about the medium. “Compared to other art forms, photography is so unintentional,” he says, “A lot of the time, you’re dealing with fractions of seconds… You could be walking and the shutter accidentally gets pressed and you’ve taken the best photo. I think that’s kind of amazing.”

Despite this sense of immediacy, it’s also a process he finds meditative. “You have to slow down, concentrate and think about the elements around you.” It’s this creative distance that enables him to engage more closely with the moments he’s committing to film. The process creates space in which he can gain a clearer perspective. “You’re focusing just on the present moment,” he explains. Looking through the viewfinder and framing the scene – choosing what to focus on and what to omit – feels like telling himself a story about what’s unfolding around him.

For a closer look at some of Alfie White’s work, head to the gallery above. Below, we talk more about the beauty of photography, the ways in which taking pictures has helped him to engage with the world, and how photographs are renditions of memory.

Could you begin by introducing an uninitiated viewer to the world of your photography?

Alfie White: My work, it’s as a sort of document of the areas I’ve grown up in – predominantly south-east London. It acts as a constant reflection of my own interpretation of the world. Photography is something which is just really embedded in my life. I photograph everything but, a lot of the time, what ends up being shown is a very small scope of that.

For me, photography is such a subconscious process. A lot of the time you only realise your intentions once you are looking at the work maybe a year or two – maybe even ten years – down the line. So I think I’m at this stage now, sort of realising what a lot of the work I’ve made is and what it means.

You photograph the world around you voraciously, but what would you say are the themes that recur throughout your work?

Alfie White: Firstly, I’d say intimacy. I think intimacy can be interpreted in a few ways.. love, in a really obvious sense. Nowadays, I look for the intimate moment… seeing a person on their own with downcast eyes, which is intimacy with oneself. I think my work is just about the exploration of the human condition. I think it’s something which, in a sense, I don’t really understand. Photographing things doesn’t make sense of them necessarily, but it allows me to investigate them a bit further.

It’s changed a lot and I think age is a big part of that. What I was drawn to look at on the contact sheets when I was 19 is a lot different to what I photograph now. Back in the day, I would have photographed a couple kissing, for instance. But now, I’ve already photographed that idea and I feel like I've gotten the best version of those images.

I suppose you could say that lifting a viewfinder to your eye is a way of putting a frame around what you’re seeing – it shapes your experience of the world by allowing you to decide what to place within the frame.

Alfie White: That’s why photography is so beautiful… you can take a photo and within a fraction of a second, the emotions you’re experiencing are concentrated into this image. Say I’m out with my mates and I take a photo of them, it’s my rendition of that experience. I look at that photo and I can feel the things which happened at that moment. In a way, I think it allows me to get closer to it, if that makes sense.

I think we sometimes need a way to mediate our experiences, otherwise, they can be overwhelming.

Alfie White: I think so too, especially nowadays that we’ve got such a constant sensory overload. The brilliant thing about photographs – their power – is in their decontextualisation. A photograph of something is far from an accurate rendition of what’s really happened, but that’s what you want, sometimes. You never remember the full scope of anything and photographs can really hone in on those elements you remember, especially in black and white. There’s something to be said for leaving out colour.

“You never remember the full scope of anything and photographs can really hone in on those elements you remember, especially in black and white” – Alfie White

Photographs function in the same way as our memory in terms of how selective they can be. Also, as an introvert, I often feel that taking a picture of, say, a party is a less exhausting way of engaging with what’s happening.

Alfie White: I’ve been coming more to terms with my own autism and neuro divergence, and one of the things is appreciating sensory overload, which I maybe have tried to block out in the past. Sometimes, putting a camera to your face is a really good way of shutting down everything else and just focusing on one thing. And because I’m an introvert as well, you feel that feeling of ‘I’m getting burnt out now, I’m tired.’ And sometimes, just putting the viewfinder to my eye and looking at everything through that rectangle really helps with just calming everything down. It’s like, ‘OK, now everything makes sense again.’

Would you also say it’s a way of taking back a certain amount of control? Because you’re actively choosing your own perception of the world.

Alfie White: I think that plays a massive part as well. And if you shoot on film you have that delay before you see the photos. When the pictures come back, it’s like [what you photographed] just makes more sense.

The prints there [gesturing to some framed photographs on the wall behind him] are handprints from the dark room. And you have to imagine that the light from that moment in time imprinted itself onto this negative, which has been sealed through the development process, then light has been projected through this negative from an enlarger onto that paper. So basically, that’s the closest thing you can get to that moment, without actually having been there. Which is crazy.

Because it’s actually a product of the light that was there, reflecting back off those people at that moment?

Alfie White: Yes, it’s so cool when you think about it, and it’s a much more intimate feeling [than a digital image]. An acute example of this is when you get a Polaroid or something. I’ve begun to really appreciate old family Polaroids as I get older because you can’t get any closer than that. And that’s beautiful, really.