As a new exhibition celebrating My Comrade opens in New York, Miss Rosen meets Linda Simpson, who tells the story behind her groundbreaking zine 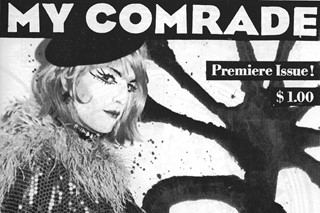 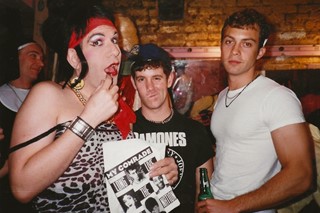 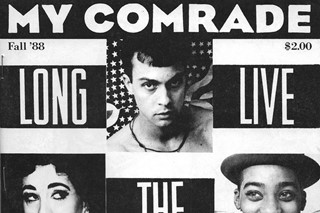 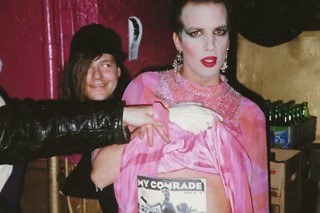 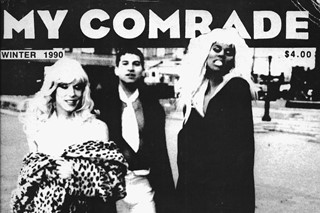 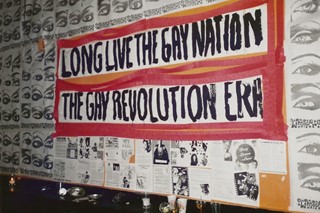 Once criminalised and pushed into the margins of American society, drag queens took centre stage during the late 1980s at the Pyramid Club in New York. The legendary queer punk East Village nightspot, which closed last year after a four decade-run, introduced a new generation of personalities who redefined drag for the new millennium. Luminaries including RuPaul, Linda Simpson, Sister Dimension, Billy Beyond, and Lypsinka drew inspiration from Warhol Superstars Holly Woodlawn, Candy Darling, and Jackie Curtis, as well as from cult icon Divine to revolutionise the performance of gender and elevate it to art.

It was a cultural reset. But it didn’t come easy. “At that time, drag was not very popular at all, even in gay bars,” says Linda Simpson, who points to the rise of macho culture that came as a response to the horrors of AIDS. “Clubs and bars were about cruising so there really wasn’t any femininity. Drag got the bottom run of the ladder. There was a general misunderstanding about drag, and that’s why there was an element of danger to it. People would react violently in some circumstances so the fact that these drag queens were having an active scene in the East Village was very rebellious.”

In 1987, Simpson launched My Comrade, a groundbreaking zine that spotlighted the East Village’s flourishing LGBTQ+ community. “As a real magazine junkie, I wanted to do something that would be reflective of the images – but the times were so dark that I wanted to do something upbeat and defiant,” she says. “Gay people were under siege, associated with death and shame. At the same time, the rumblings of activist groups like ACT UP were going on. It was very personal in many ways.”

With radical energy, Simpson created My Comrade to celebrate drag queens and body boys – and lesbians with Sister!, which appeared on the flip side of the magazine. Over the next seven years, Simpson would produce nine issues of My Comrade, each one growing increasingly ambitious in scope, with works by photographers Jack Pierson and David Armstrong, painter Stephen Tashjian AKA Tabboo!, and drag icons RuPaul and Lady Bunny.

On June 4, Simpson pays homage to her DIY publishing roots with the exhibition My Comrade Magazine: Happy 35th Gay Anniversary and release of a new issue of My Comrade. “The magazine reflected downtown Manhattan, but it was not snobby,” she says.

Rather My Comrade adopted an inclusive attitude and made you feel a part of the scene, an energy that remains pervasive after all these years. “Some of it was the immediacy of the environment. It felt like life and death circumstances back then – anybody could die,” Simpson says.

Instead of becoming depressed, morbid, or morose, Simpson used joy to fight back. Although circulation was small, My Comrade got around as Simpson exchanged zines with queer radicals including Bruce La Bruce, JDS, and Vaginal Davis. She also arranged ads with queer-friendly businesses like Patricia Field and Florent. “Back then it was taboo for companies to advertise in gay magazines, so I thought this was a real sign of solidarity,” she says.

Simpson began promoting My Comrade at the Pyramid to get the word out and help raise money so she count continue publishing. Although she recognises it was “perhaps not the best business plan,” she was doing it with heart at a time before professionalisation consumed every aspect of our lives. Liberated from the confines of careerism, Simpson was free to experiment in every sense of the word, pushing the boundaries with every issue release.

But the demands of being a one-woman army soon took their tool and Simpson was feeling the burn of labour-intensive work year after year. Bu this time she had become what The New York Times described as “a mother superior of the New York drag scene.” My Comrade got bigger and bigger until it ceased to exist. But now it returns with a new issue that seamlessly blends across generations.

“I kept focused on classic My Comrade drag queens,” Simpson reveals. “There’s a Q&A with Lady Bunny and an article by Taboo!, as well as newer, younger performers on the cover and in the centerfold. There’s a sex story with [US Secretary of Transportation] Pete Buttigieg and a story on [drag king legend] Murray Hill. It’s fun!”

Looking back at the genre-redefining era, Simpson observes, “It sounds a little sappy but we were very brave. We didn’t have a lot of societal support and it was a difficult time but we managed to look out for each other and ourselves, and survive. I applaud each and every one of us for having done that.”