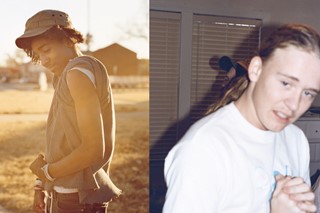 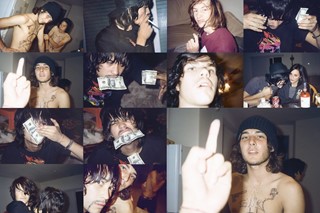 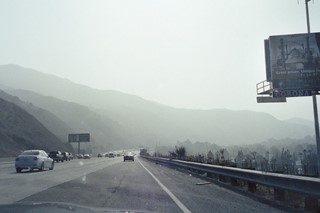 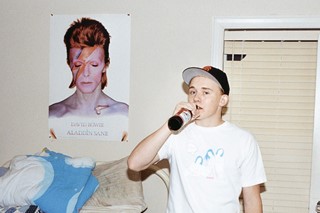 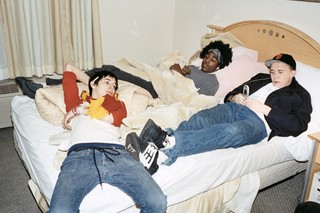 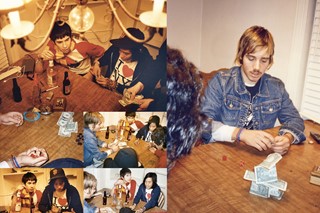 Like many great tales of suspense, The Last Survivor is the First Suspect begins at the end, presenting us with a dramatic conclusion and inviting us to make sense of what came before. “From the opening page, it’s a full giveaway,” photographer Nick Haymes tells Dazed. “There’s text from an online chatroom explaining the relationship of our two protagonists within the book. Two sad and untimely deaths occur... but also it’s an end to youth and freedom and that hangs a heavier curtain.”

Drawing on his own lived experience, Haymes explores friendship, the passage of time, and the loss of innocence in a poignant, compelling true story which hangs on the architecture of a crime plot, revealed through his own archival imagery alongside digital screenshots and media sent to him by the kids involved. The Last Survivor is the First Suspect (published by Kodoji Press) stitches together this range of source material, tracing the thread of his teen friendship group and everything leading up to the untimely deaths of two members of his inner circle.

“Two sad and untimely deaths occur...but also it’s an end to youth and freedom and that hangs a heavier curtain” – Nick Haymes

“The work was shot between 2005 and 2009 but it wasn’t until 2019 that I felt the need to begin editing and constructing it into a cohesive body in book form. I had a lot of mixed emotions about the work so I needed time for it to sit,” Haymes explains. “The online material I had been screen grabbing and capturing throughout the years. I’ve stayed in close contact with many of the boys in the book, having numerous conversations regarding the tragedies. Towards the final editing stages, many of them gave me their own images, videos, and even destroyed hard drives that may or may not contain images from that time period. So it really was a collective effort to conclude the making of this project.”

The photo story recounts the friendship between Haymes and a group of teenagers living between Southern California and Tulsa, Oklahoma, who Haymes describes as “modern-day lost boys”. Haymes tells us: “Initially it’s Josh and Mikey, I met them in NYC on a cold January at a dim sum spot on Canal and Bowery. They were kind enough to let me into their world. The images at the beginning of the book are shot in Sothern California, primarily Murrietta, Temecula, and Los Angeles. Then Josh invited me to visit his earlier youth and took me to Tulsa, Oklahoma, and it’s here where we meet both Anthony and Randy who lead us through the latter half of the story.”

The images are poignant and nostalgic, and the effect is part documentary and part cinema stills.  As a photographer who needs to fully immerse himself into his subjects, this “film storyboard” effect allowed him the emotional distance and creative objectivity he needed. “I’ve never been a fan of tourism photography,” he reflects. “With every project there becomes a responsibility. Bonds are formed and I have emotional attachments to everyone I work with. My average project is now bordering on five to ten years so, at times, yes, it does become hard to be an unbiased observer.” He adds: “As an editor, I become more aware of the underlying social and economic issues that can also be seen within the project. Nonetheless, my central focus was always and still is the boys within the book.”

Take a look through the gallery above for a glimpse of some key moments from The Last Survivor is the First Suspect.