As the chaotic fashions of the early 2000s are poised for revival, photographer Rebecca Zephyr Thomas shares her images from the first time around

Flat-hunting with friends at that time, Thomas recalls their primary criteria was that their new home must be in walking distance of the Griffin – a now-demolished pub on Leonard Street that functioned as a grotty hub of east London hipster nightlife. “The Griffin was famous for its threadbare carpet that smelt of sick, but it was also a real community centre for a certain creative type in Shoreditch in the 2000s,” Thomas says. “Amy Winehouse’s future husband, Blake Fielder-Civil, worked behind the bar and shagged one of my housemates for a while. It was grungey but you might catch the odd indie star in there on a Friday night.”

Characterised by a low-fi, mash-up, Tumblr aesthetic, plenty of smeary kohl pencil, Ronnie Spector bed-head hairdos, and American Apparel standards as a counterpoint to charity shop finds, indie sleaze was a look immortalised in the high-contrast Polaroids and flash-lit photography that prevailed at the time. “I was never a real indie person – I liked Dr Dre – but I definitely appreciated the look and also the fact that the ‘indie sleaze’ uniform was so easy and cheap to assemble,” Thomas tells Dazed. “All you needed was a vintage dress, slogan tee-shirt, a pair of Converse, Wayfarer sunglasses by Ray-Ban and you were away. The only expensive element would have been the haircuts.”

Thomas recalls: “I shot all these photos on my father’s 1970s Nikonmat camera that I’d nicked when I moved to London in 2002 from New Zealand, everything was on film, it was a bit of a Luddite move in the early 2000s as most people were using digital... My photography style was resolutely anti-commercial – no models, no studios, no lighting setups, no stylists. I shot with either available light or on-camera flash and I mainly used the upstairs of pubs or the street as my locations.”

Throughout the period, Thomas worked part-time at Agent Provocateur whilst becoming embroiled in the world of London nightlife, never missing an opportunity to carouse around with her camera. Over the years, she amassed an archive of images capturing the faces of this febrile scene in the pubs and streets of the so-called “Shoreditch Triangle” and beyond, as well as becoming a regular at The Underage Club – a club night for teens founded by Sam Kilcoyne. “I was partying quite hard, which had its downsides,” she remembers. “But it meant I met lots of interesting people who I then took photos of.”

Below, Rebecca Zephyr Thomas talks us through a selection of mid-aughts indie sleaze portraits, recalling the characters on the Shoreditch scene and her memories of the kids who lived through it the first time around. 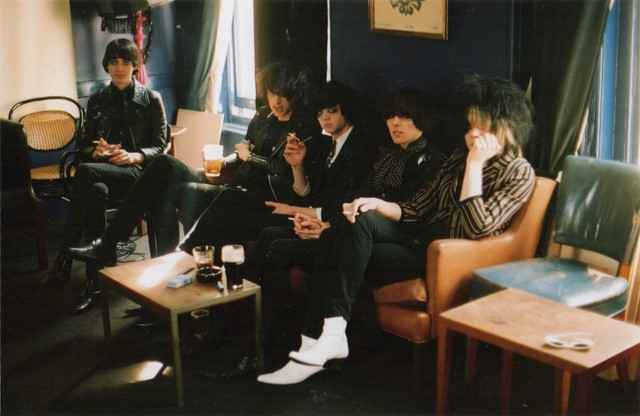 “This would have been right at the start of The Horrors, otherwise they would have been too famous for me to shoot. These pictures were taken upstairs at the Griffin in this spare room that was painted dark blue and which was almost my default photo studio” – Rebecca Zephyr Thomas 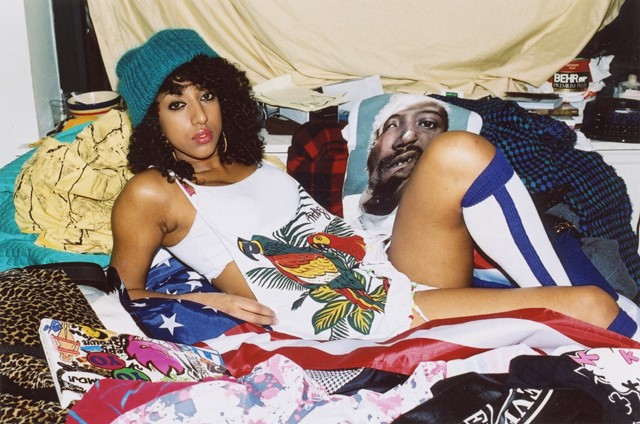 “I was always broke and couldn’t normally travel very far, but I think my bank account wrongly credited me with £800 and I used it to buy flights to New York. I had met already Kesh in London for a magazine shoot, but these photos were just for us and taken in her Brooklyn flat” – Rebecca Zephyr Thomas 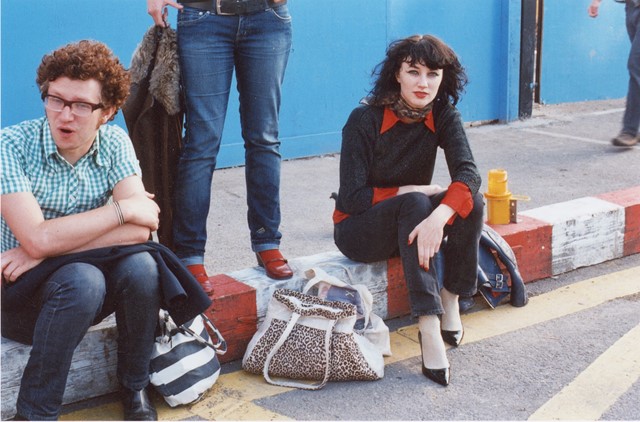 “Long Blondes were a proper band. This would have been 2007 and taken around Kings Cross before it got tidied up. I was always looking for bright colours to be in the back of my pictures” – Rebecca Zephyr Thomas 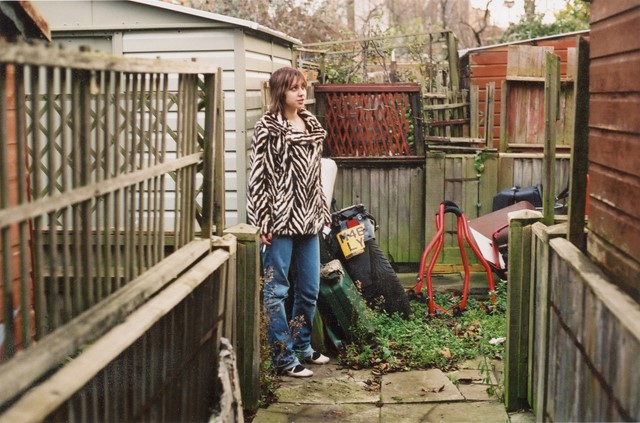 “Martha was one of my friends from Agent Provocateur. She was a real indie girl. We both used to take the piss out of her boyfriend for loving Oasis which we thought was the height of uncoolness. This was taken around the back of my garden in 2006” – Rebecca Zephyr Thomas 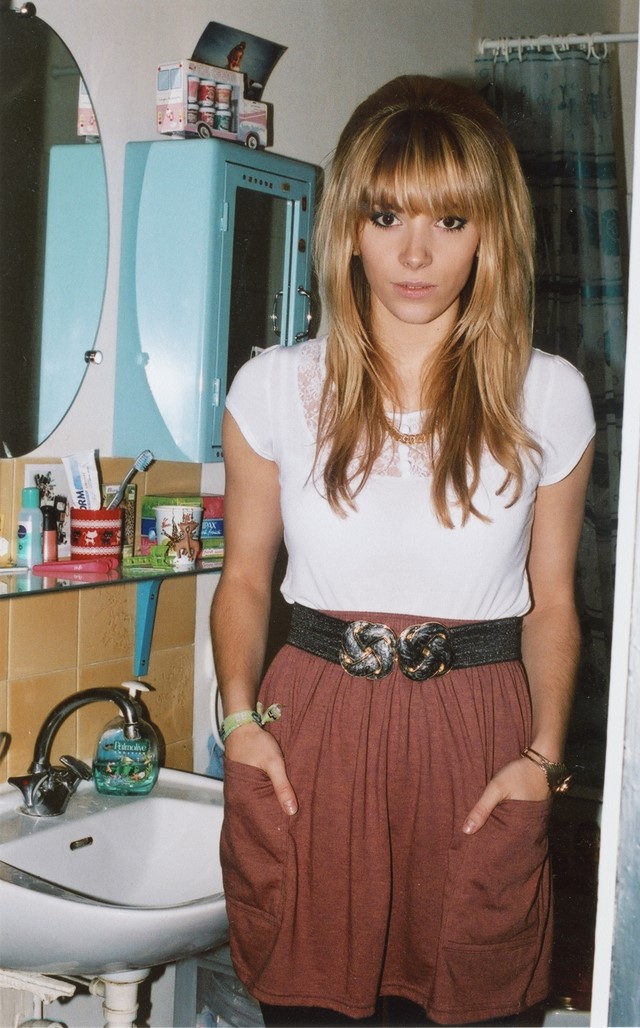 “This was from the time I shot the French girl group Polyester in one of their apartments in Paris. I somehow got their details and talked them into letting me take their photo. My younger sister came with me as she understood French and I think they were giggling at us both in French during the shoot” – Rebecca Zephyr Thomas 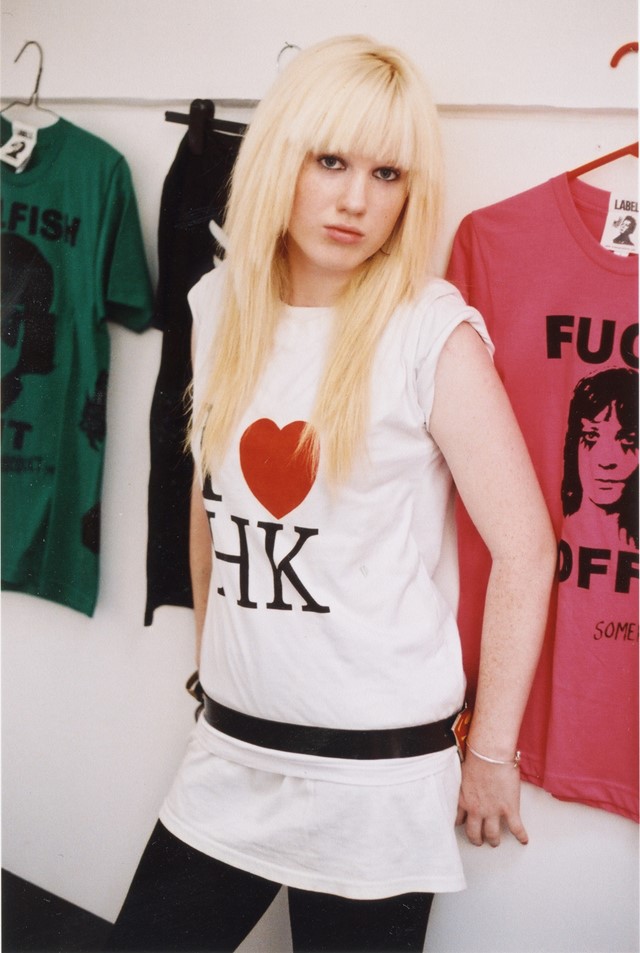 “This is one of Sam Kilcoyn’s friends, shot in my mate Andy’s flat on Charlotte Road, with Andy’s collection of Selfish Cunt tee shirts in the background. At the time, those tee shirts were basically an iconic talisman of cool” – Rebecca Zephyr Thomas 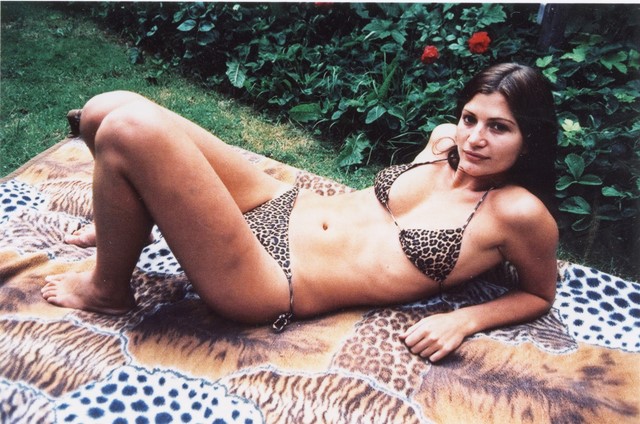 “My best friend, Tessa, in Brixton, 2002. We both preferred Sean Paul to indie, but we did try to sleaze onto the band Black Rebel Motorcycle Club. After their gig at the Brixton Academy, we went backstage and announced to the doorman that we were the ‘hot groupies’ and were whisked off to meet the band. They were all sweet and took us to the after-party but didn’t return any of our advances because they all had girlfriends who were also at the party. Looking back, this story is refreshingly wholesome” – Rebecca Zephyr Thomas 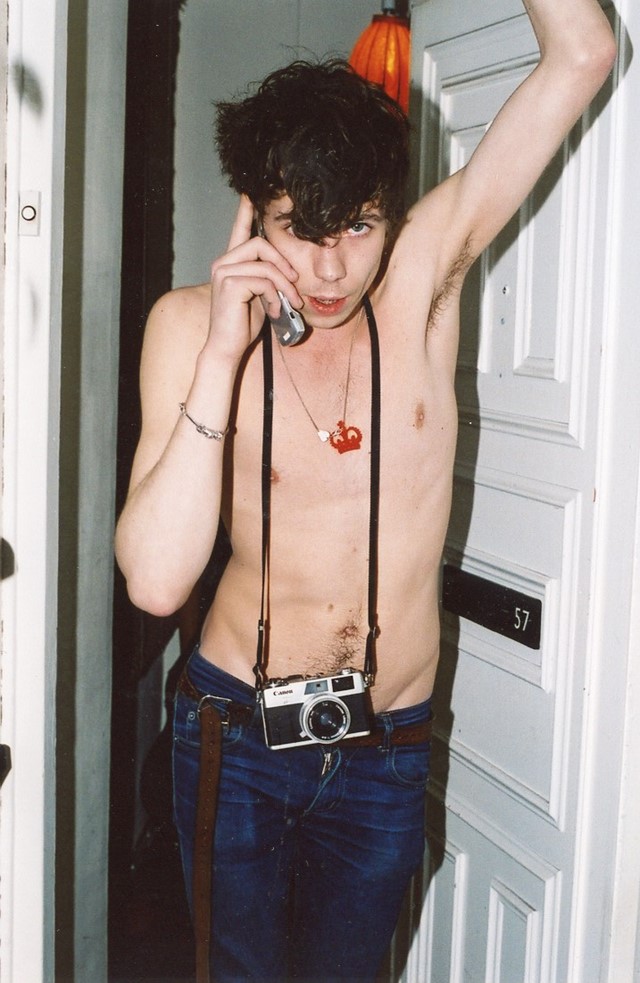 “I have no idea how I met Joe Lean from The Pipettes – out at night, most probably. But I do remember going round to his flat around the back of Bethnal Green Road. It was winter but he wasn’t wearing many clothes” – Rebecca Zephyr Thomas 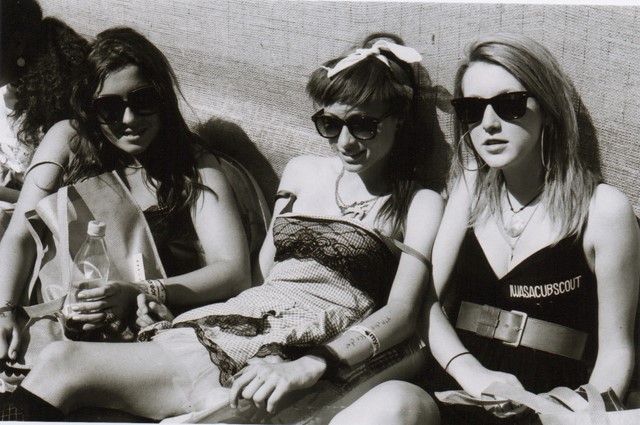 “This was taken at the first Underage Festival, organised by Sam Kilcoyne in 2007. I felt very lucky to be able to wander around shooting the teenagers” – Rebecca Zephyr Thomas 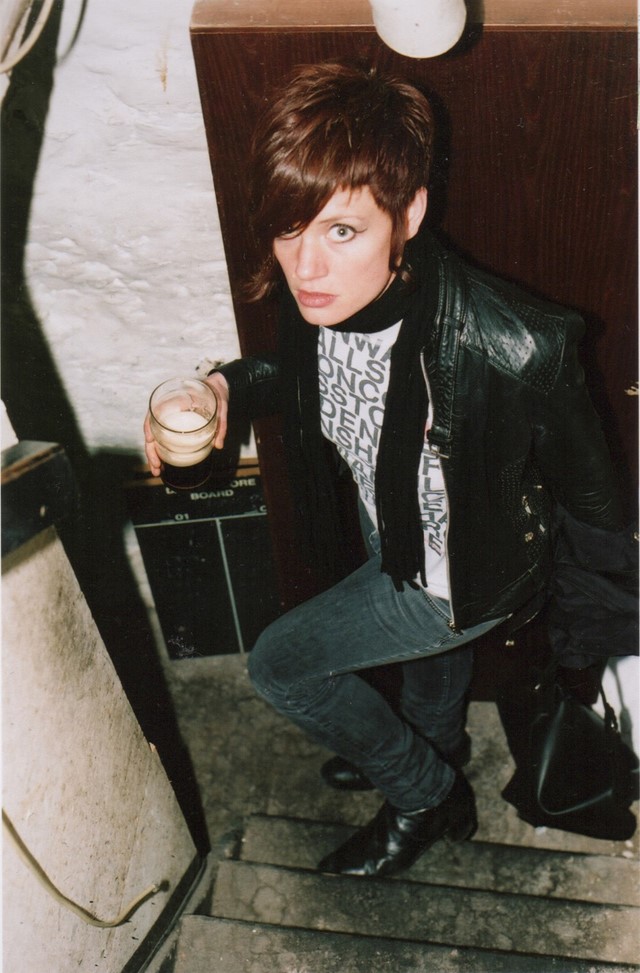 “This is Chloe Raunet walking up the stairs from the basement in the Griffin pub. Chloe was the lead singer for Battant at the time and is now making music as C.A.R.” – Rebecca Zephyr Thomas 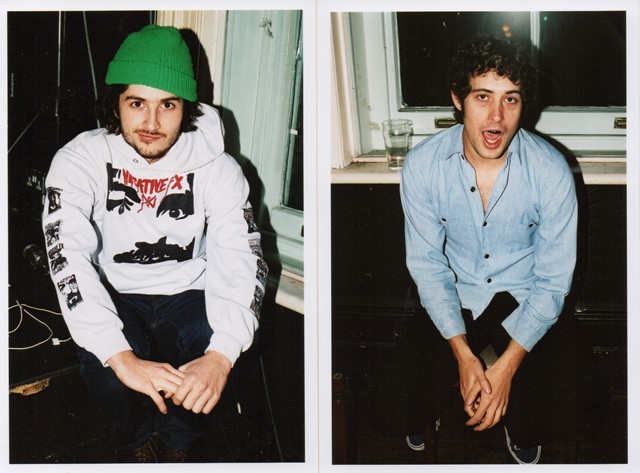 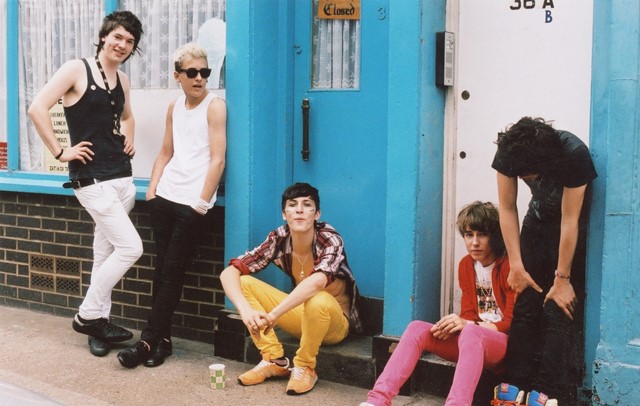 “The band wearing a nu-rave version of indie sleaze, shot on Redchurch street outside what was a nanna-ish tea shop at the time” – Rebecca Zephyr Thomas 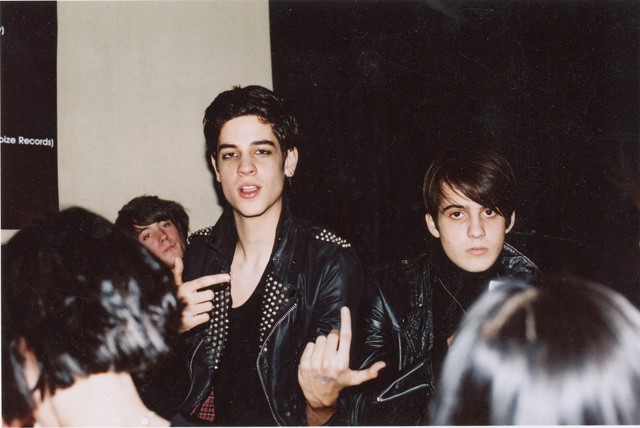 “Thom and Sam from S.C.U.M. at the Hoxton Bar and Kitchen. Sam [Kilcoyne] started The Underage Club that became the Underage Festival, then went on to form his own art-rock band, S.C.U.M. with Thomas [Cohen] who later married Peaches Geldof” – Rebecca Zephyr Thomas 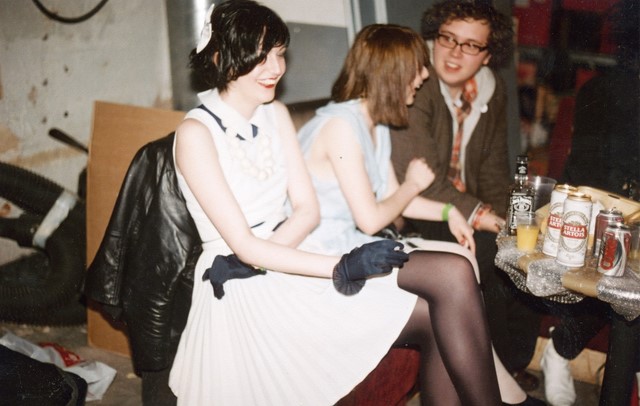 “Backstage at the first underage gig. The Horrors played and backstage was full of their friends. I think this must’ve been around 2006, certainly before the smoking ban” – Rebecca Zephyr Thomas 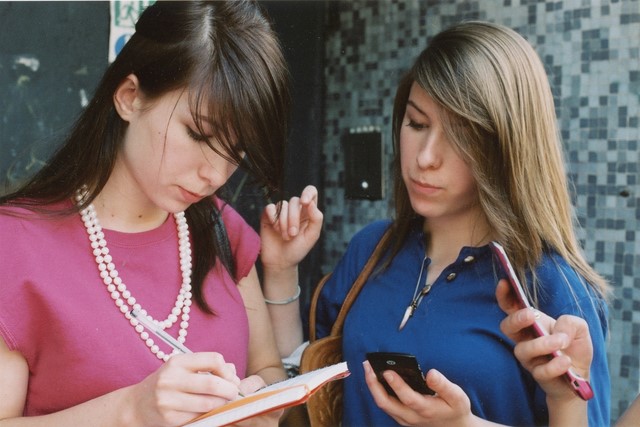 “Two girls at an Underage gig, writing down their names for the credits of my photos, holding flip phones” – Rebecca Zephyr Thomas 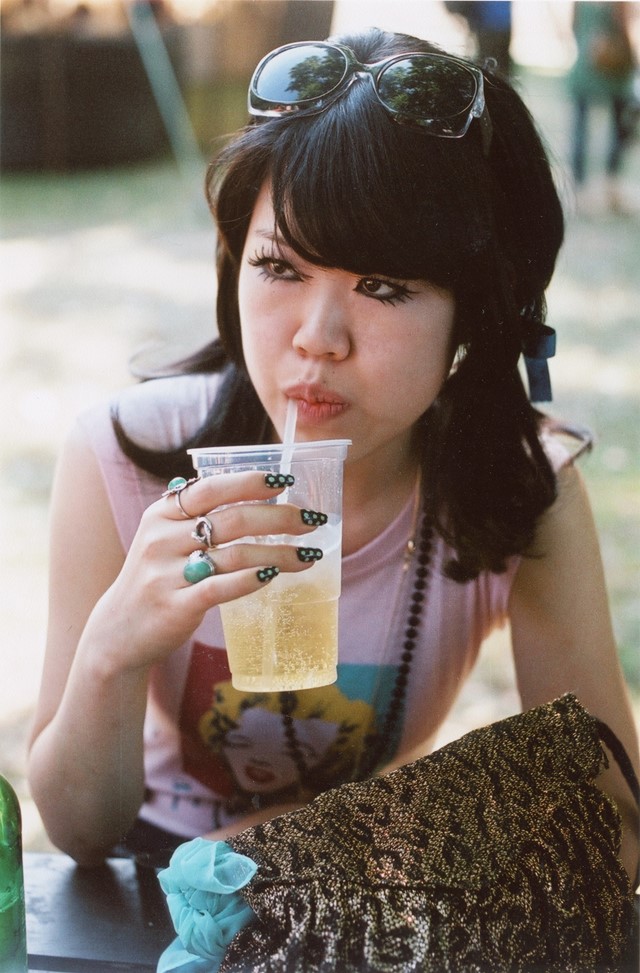 “This girl, Tommy, was a musician and she was ‘a face’ at the time” – Rebecca Zephyr Thomas 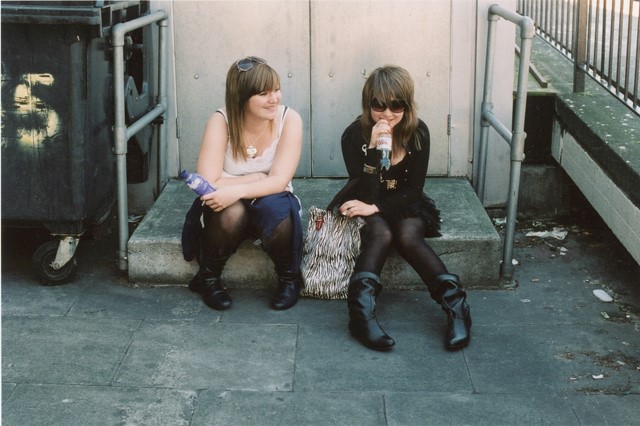 “Backstage with more friends of The Horrors, many of whom had amazing haircuts” – Rebecca Zephyr Thomas 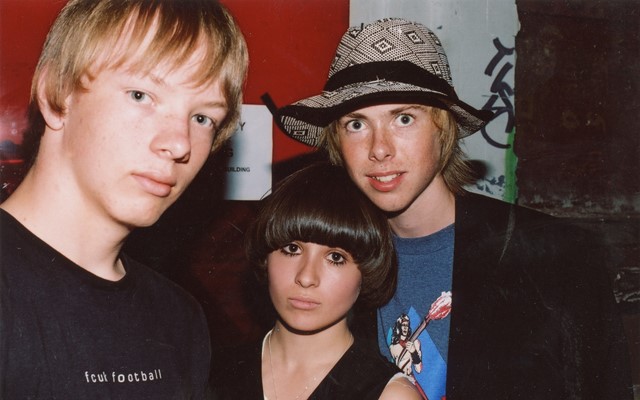 “At the Coronet at Elephant and Castle, again. One of the boys is wearing a French Connection FCUK t-shirt which had been ubiquitous in the 90s and, by this point, had already reached a revival point” – Rebecca Zephyr Thomas