Photographer and Dazed+Labs curator Eddie OTCHERE hosted two days of workshops, working with 10 fledgling artists to shoot, style, and direct a visual documentation of the weekend 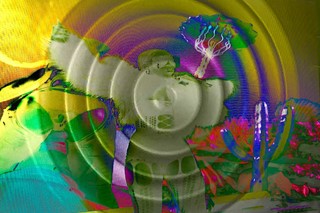 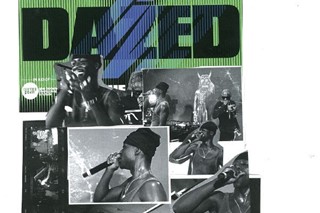 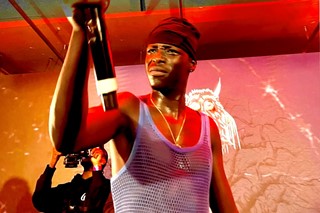 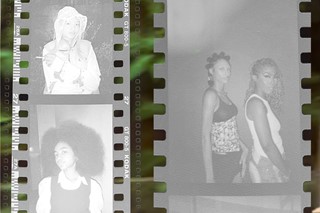 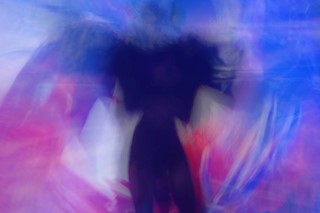 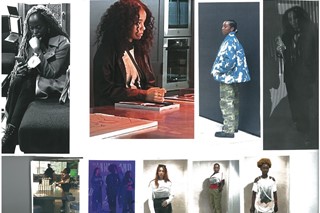 Over the weekend, Dazed Live brought the magazine to life at Dazed’s London HQ for two days of live performances, talks, screenings, exhibitions, and workshops. Hundreds of inquisitive – and, it must be said, fashion-savvy – readers packed into the sprawling rooms of 180 The Strand to master their DJ skills with Sherelle, customise their very own Dazed merch with Jawara Alleyne, squeeze to the front of electrifying sets by Pa Salieu and Unknown T, and so much more.

While most visitors popped in just for the day, photographer, educator, and Dazed+Labs curator Eddie OTCHERE was in for the long haul, running a two-day workshop on photography and zine-making. OTCHERE was joined by 10 fledgling artists from The Photography Foundation, Rugby Portobello Trust, and Centrepoint – the latter of which Dazed Live was raising money for, with 100 per cent of ticket proceeds being donated to the youth homelesness charity – who each took on the roles of photographers, stylists, art directors, and creative directors to create a spirited DIY zine documenting the weekend’s activities.

On Saturday’s (October 9) arrival day, each student was told about the project and given an iPhone 13 Pro Max to shoot on, before being sent out at 11AM sharp when doors opened to capture as much as possible of the exhilarating goings-on. As well as capturing more footage, day two (October 10) saw the students design the layout for the zine and build it with their own imagery. The result is a beautifully chaotic, in-depth, and striking record of Dazed Live – created by the up-and-coming artists of the creative industry’s future.

Nestled among the action shots of Dat Barber Nat’s pop-up salon, Michaela Stark’s life-drawing class, and Wimp’s runway walk-shop are killer OOTDs, shots of the zine-making process, and rowdy, immersive in-crowd pics from the weekend’s musical headliners. There’s also a captivating intro written by one of the students, Ishe Grant, which reads: “Dazed. Dazed and Confused. It’s a state that many find themselves in when thrown in the creative whirlwind of art and expression, and what we consider fashion. A kaleidoscope of talents and perspectives that span across music, photography, and, more importantly, cultures.”

It continues: “You open a magazine and what do you see? A plethora of so many different colours and textures, times, and places. A photo can tell multiple stories. It’s all up to interpretation. Sometimes being dazed and confused is a beauty within itself that can only be captured through art. Throw yourself in a 180. Pushing boundaries. Deconstructing philosophies and experimenting through the means of creativity. Art is the keeper of memories, the preserver of moments, the capturers of swag, the heroes of nostalgia. Be dazed and confused. Find your way and make beauty of it along the way.”

“(The students) were whelmed from the moment security waved them in and treated them with VIP status,” OTCHERE tells Dazed. “From when they got their access-all-areas wristbands, their cameras, introduced to the Dazed space, the talent they’d be working with, the legacy and the objective they’ll be reaching, they became overwhelmed. I was nervous they’d get gassed beyond control but they took in their stride. They adapted their cameras to create their own style, they embraced the challenge, and captured and contextualised a two-day festival into a 47-page zine. They became photographers, writers, designers, archivists, and publishers within 24 hours, turning hyper reality into this zine.”

OTCHERE described the atmosphere on both days as “very different”, as students swapped the “buzz of shooting, sharing, discussing, and shooting again” for “working quietly with scissors, paper, and glue, laying out and building the zine on paper”. Though, he adds, the excitement was still palpable. “There would be moments when the group would exit enmasse to catch an ENNY performance or (engage in) determined discussions to resolve creative dilemmas so they could meet the final publishing deadline and catch Unknown T’s performance. The room mirrored the energy bound within the ecology of creativity.”

“They adapted their cameras to create their own style, embraced the challenge, and captured and contextualised a two-day festival into a 47-page zine” – Eddie OTCHERE

His standout moments? “At the end of the class when no one wanted to leave,” asserts OTCHERE. “And combining the macro lens and Apple ProRes features on our iPhones to capture negative film and invert them in the Kodak app.”

Dazed+Labs launched in November 2018 as a cross-continental educational initiative between Dazed and Red Hook Labs, with classes spearheaded by OTCHERE and journalist, curator, and consultant Ashleigh Kane. By using the camera as a tool for expression, the initiative aims to empower young people and the next generation of creatives to tell their own stories with their own voices.

See some of the students’ photos from the weekend, and some pages from the zine in the gallery above. Meanwhile, catch up on what went down at Dazed Live in the videos above and below.