As she releases her memoir The Flowering, the prolific artist talks about channelling her anger, discovering Megan Thee Stallion, and making space for women in the male-dominated art world

23July 2021
TextMiss Rosen
The Flowering: the Autobiography of Judy Chicago8 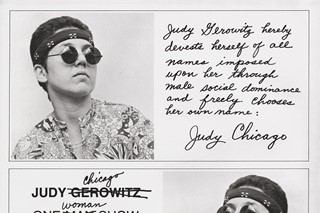 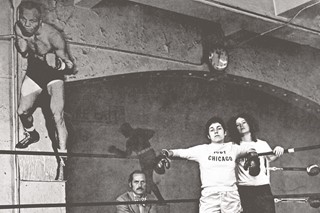 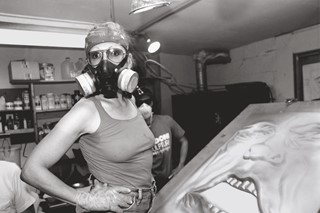 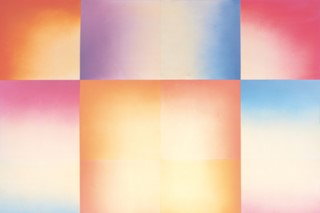 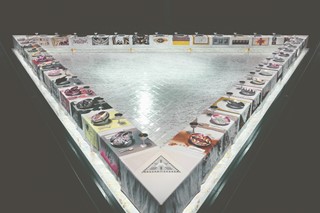 “I had a singular vision from very early on and for a long time I didn’t understand why I kept encountering so much resistance in the word,” legendary feminist artist, educator, and activist Judy Chicago tells Dazed. As a white, cis, middle-class, Jewish-American woman coming of age in the mid-twentieth century, Chicago was not content to allow society to dictate the trajectory of her life. She learned from an early age that the only way forward was to craft her own identity and path – a lesson that served her throughout her trailblazing career.

To call Chicago “prolific” would be an understatement; her output is monumental, her mediums as varied and all encompassing as womanhood itself, her style and subject matter a one-woman revolution in the history of art. Now, with her first-ever career retrospective opening on August 28 at San Francisco’s de Young Museum, Chicago brings together works from her groundbreaking projects including The Dinner Party (1974-1979), The Birth Project (1980–1985), PowerPlay (1982–1987), Holocaust Project: From Darkness into Light (1985–1993), and The End: A Meditation on Death and Extinction (2015–2019, which broke through the boundaries proscribed around gender in the contemporary art world.

Although Chicago is outspoken and fearless when it comes to challenging sexism and misogyny, she is no extrovert; public appearances are simply a necessary part of her work. It is in the studio alone with her work where she draws energy and builds strength, her dedication and determination necessary to play the long game. Her projects are like icebergs: massive in scope, though what the public sees is only the pinnacle of years of research and development.

Such could be said of The Flowering: The Autobiography of Judy Chicago (Thames & Hudson), the extraordinary 416-page memoir that she penned while in social isolation. Releasing July 20, Chicago takes us on an intimate tour of her development as an artist, sharing the challenges, struggles, and triumphs to make space for women in the male dominated art world, which established false hierarchies that continue to this day. Refusing to play along, Chicago subverted the system from within, using her work to call out established notions of art, history, and gender, restoring the Divine Feminine to its rightful place in the pantheon.

“I never thought I would live this long,” says Chicago, who is now 82. “Understanding mortality at such an early age gave me an impetus to work. One of the reasons I produced so much work is that I never knew how much time I would have. The other reason is that every time I lost everything – like when The Dinner Party became the piece that nobody wanted to show, or when Congress debated it, or when I had to start all over again – I didn’t know what to do so I went back to my studio and made making art my reward.”

Like the Japanese proverb, Chicago could “fall over seven times, get up eight,” refusing to allow those who opposed her to win. When confronted by a limitation or boundary, Chicago soldiered through any effort made to diminish or dismiss the subject, technique, style, or form of her work. She was alienated and attacked, yet she refused to quit. “The thing I learned is that you don’t die from criticism, even though you feel like killing yourself,” Chicago says.

“Understanding mortality at such an early age gave me an impetus to work. One of the reasons I produced so much work is that I never knew how much time I would have” – Judy Chicago

Writer Anaïs Nin, who took Chicago as her protégé, passed along hard-won wisdom garnered through a lifetime of work centered around the experiences of the femme. “Anaïs was the most gracious person I have ever met in my life and she showed me that one could meet hostility with grace. She taught me that by how she conducted herself in the world and I learned a lot from that, especially because I was so outspoken,” says Chicago, who disagreed with Nin on the subject of female rage. “Although Anaïs felt that anger is negative, I think it can fuel creativity,” she observes. “Suppression of anger in women leads to depression. It’s an emotion that we should be allowed to express, just like vulnerability is a human condition that men should be allowed and are not.”

But one thing we all share, no matter whether we are on the gender binary or not, is the universal human need for love, a matter that Chicago recognises as distinct from the subject of happiness. In a culture that touts the unalienable rights of “life, liberty, and the pursuit of happiness” in its very foundation, Chicago understood that nothing was possible without sacrifice.

“Who I am is the same person I’ve always been,” she says. “I have always had my own goals, and I never thought about my own personal happiness. What I wanted to do is be in my studio and in order to do that I had to give up things that most women pursue like happiness, balance, boundaries, home, children, family, and money. I didn’t care about any of that. My husband Donald and I had absolutely no security until 2001 when the Elizabeth Sackler Center at the Brooklyn Museum acquired The Dinner Party.”

By that time, Chicago was 62 – long since established as one of the leading feminist artists of the twentieth century. But to earn that place, Chicago fought long and hard for women to be acknowledged by the establishment. To simply be ambitious, assertive, direct – and female – can be seen as adversarial by those who rely on imbalanced gender dynamics for power. Recognising this, Chicago played offense, casting herself as “the contender” an exhibition advertisement in a 1971 issue of Artforum. Donning a pair of boxing gloves, boots, and a sweatshirt with “Judy Chicago” emblazoned across her breasts in block letters, the artist confidently leaning back on the ropes, staring directly into the camera and daring any challenger to step into the ring.

“When I saw Megan Thee Stallion in a rap video talk about how she was a bitch, I thought here is a woman taking control of her identity and also taking control of some of the ways women have been diminished” – Judy Chicago

50 years later, the image remains electric. For the cover of The Flowering, Chicago dons the sweatshirt once more, the act of a world champion. But half a century ago, the photograph had another layer of significance. In 1970, Chicago decided to name herself and step into her true identity. Although she kept her surname after getting married, she realised “Cohen” was entirely too common for someone as iconoclastic as herself, so she took her husband’s name of “Gerowitz” in an effort to distinguish herself. But after he died, she discovered she needed to find out who she truly was – so like Athena bursting from the head of Zeus, Chicago took the name of her hometown and gave birth to herself.

In conversation, Chicago gives the nod to Megan Thee Stallion. “Now there’s somebody who invented her own identity. I didn’t know who she was until I saw her in an Instagram post where she dressed in colours to match one of the bags I had designed for Christian Dior, then I began to look at her work,” she says. “When I was young in LA, artists used to refer to any strong woman like Louise Nevelson as a bitch – and when I saw Megan Thee Stallion in a rap video talk about how she was a bitch, I thought here is a woman taking control of her identity and also taking control of some of the ways women have been diminished in the same way I tried to turn around the term ‘cunt.’”

Like Megan, Cardi B, Lil’ Kim, and all female MCs who have embraced their gender and sexuality through art, Chicago understands that naming one’s self is an act of liberation. But for Chicago, her own name was just the beginning. With The Dinner Party, she would go on to name more than a thousand women who have played a vital role in the history of western civilisation.

While some have found solace in the notion that history is written by the victor, Nigerian novelist Chinua Achebe made it plain when he told The Paris Review in 1994, “Until the lions have their own historians, the history of the hunt will always glorify the hunter,” bringing the famed African proverb to the fore. History is not a science, it is an art – an act of interpretation that says as much if not more about the source.

“I didn’t know what to do, so I went back to my studio and made making art my reward” – Judy Chicago

“It’s not an accident that our history and our criticism lags far behind the work of women artists. When I was coming up, everyone wrote about male artists, men and women. From the start, women’s work suffers a series of disadvantages including lack of context and the loss of history. Even now feminist art history is not adequately taught in universities, so young women keep on reinventing the wheel and doing more and more work about the same subjects,” Chicago says.

“Writing The Flowering and having time to reflect, I realised that from the beginning what I was doing was interventions. In minimalism, I was trying to insert my sensibility and use emotional colours that were not considered ‘important’ colours because they were girls. Or insert content like the experience of the deaths of my father and my husband. I didn’t understand that what I was attempting to intervene in was a masculinist tradition. All I knew is my work never fit in and I was never accepted. I was browbeaten for being a terrible person and making terrible art. Then I began to claim wanting to intervene because the tradition sucked.”

Judy Chicago: A Retrospective will be on view at the de Young Museum in San Francisco from August 28, 2021 – January 9, 2022. The Flowering is out now