Owners of a former club housing one of Haring’s murals are planning to demolish the building, prompting a debate about what should be done with the artwork inside 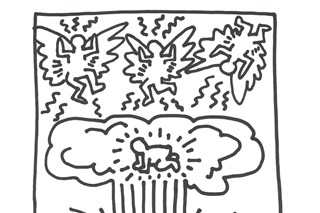 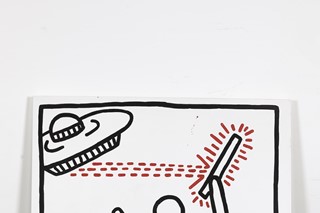 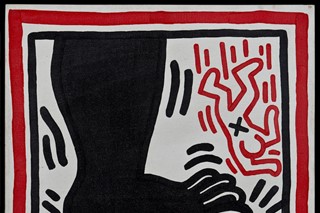 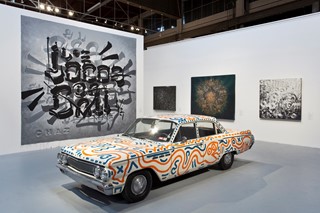 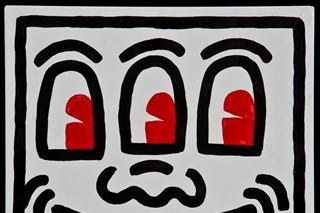 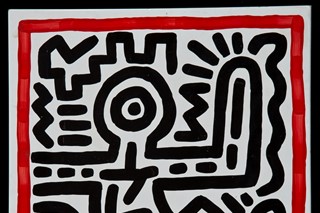 A mural painted by Keith Haring in a Barcelona club, back in 1989, is facing an uncertain future as the owners of the building plan to demolish it, facing pushback from those that believe the artwork should remain on the site.

Haring’s mural — which has largely passed under the radar since it was first created — is rendered in the artist’s signature style, depicting an energetic red figure with a flower for a head. Originally decorating the DJ booth of the Ars Studio club, it remained after the venue closed in 1992 and turned into a billiard hall.

Now, the owners intend to knock the building down altogether, to make way for a care home for the elderly. Obviously, this has left the fate of the mural hanging in the balance, with several individuals and organisations pitching in with suggestions on how it should be preserved.

The Keith Haring Foundation, for one, has offered to buy the mural for €80,000, plus the cost of removing the piece, which can often prove a complicated process. The manager of the billiard hall, Gabriel Carral — whose rental agreement includes a clause that allows him to keep the art on the walls — tells the Guardian that he hasn’t yet decided whether to donate or sell the artwork to the foundation.

“If it wasn’t for me, it would have disappeared under a coat of paint,” Carral adds.

On the other hand, the DJ (and former friend of Haring) Cesar de Melero, who was present when the mural was painted, argues that it should be kept on-site. “Haring didn’t paint it for money, he did it as a mark of friendship, and out of love for the club and for Barcelona,” he says. “This painting should stay where it is. First it was in a night club, then a billiard hall, now a care home. Why not?”

Echoing this statement, a spokesperson for the Barcelona council tells the Guardian: “We have guaranteed the mural’s protection under the special urban plan and have asked the Generalitat (Catalonia’s regional government) to declare it as part of our cultural heritage.” A copy of the work also exists in the Barcelona Museum of Contemporary Art (MACBA), though the institution has reportedly made no move to preserve the original as of yet.

Unsurprisingly, given their public nature, many of Haring’s murals have been subjected to similar uncertainty over the years, as well as large-scale preservation projects. In 2018, two panels that were rescued from an epic 255 foot installation in New York went on display three decades after they were first created, and a previously-lost mural by the artist was uncovered in Amsterdam the same year.

Revisit Dazed’s exploration of the life and work of Keith Haring, in his own words, here.