From skinheads in the 1980s to the rural reaches of 1950s Wales and the contemporary, Karis Beaumont’s Bumpkin Files depicts Black communities in the unexpectedly regional, outside London or larger diaspora areas 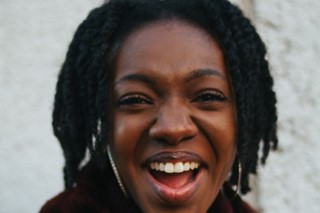 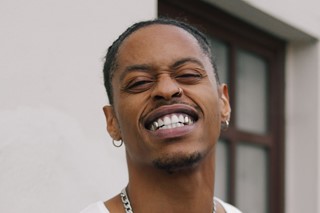 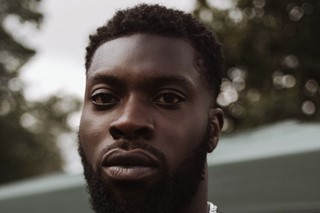 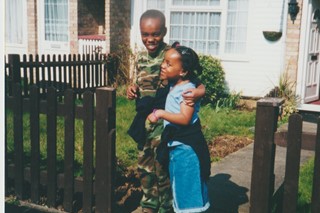 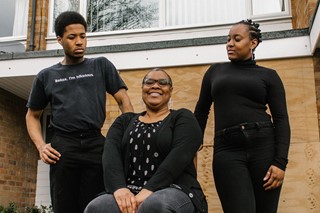 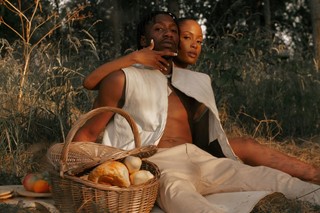 Bumpkin Files was founded by photographer Karis Beaumont in order to celebrate the lives and experiences of Black Britain in its undocumented, underrepresented corners. As an archive, a community resource, and a platform, Beaumont has created a space to gather, share, and preserve found images and footage as well as contributing her own ongoing portraits of the Black community.

“My dad is from St. Albans which, for a long time, was predominantly white. My mum was from Hitchin, and there have always been Black people there. There were so many Black families on her road. Even the school she went to had a lot of Black people,” the 24-year-old photographer tells Dazed. However, she couldn’t help but notice the void in representation when engaging with the depiction of the Black British experience in the media. “Butetown in Cardiff has the biggest Somali population in the UK; not a lot of people know that. There are Liverpool and Bristol that we don’t hear much about,” she explains. “For me, as a photographer, it's important to document these things now so that there is a reference for future generations. The camera itself is the most powerful tool in the world. You can use it to educate, enlighten, and empower people.”

Inspired initially by the tales her parents recounted with nostalgic glee of the Black community in Gloucester, partying till 5am at the Jamaican owned pub –  sound system, dominoes, and Jerk pan in tow. “This is in England and it’s unfortunate that nothing was really documented on that night,” she says. These stories, which create a sense of belonging and understanding, still resonate in our present day.

Since it began in 2017, Bumpkin Files has evolved in increments. “When I started doing the portrait series, I got a good reception. People were saying they needed it and it was beautiful,” Beaumont tells Dazed. “As I was taking portraits and building that, it inspired me to keep going.” Taking the series Twitter, she began sharing a curation of archival images of everyone from Black skinheads in 1980s High Wycombe, to the Black Welsh community in the 1950s. As the account gained traction, her humble hopes for the project soon transitioned. “It was meant to be something small,” she says. “But this is a project that is going to last forever, essentially.”

Another principle aim of Bumpkin Files is to explore “themes around Black British life beyond the London narrative, and the global Black diaspora in less visible spaces.” While most depictions of the Black community tend to focus on urban areas, Beaumont wants to enlarge the scope of representation. Statements from people she’s interviewed attest to the need for this shift in perception. Kaanon told Beaumont, “I feel that in the past, main cities have always been under the eye of mainstream media, which has led people to believe that's the only place where Black people shine. When in truth, we shine everywhere.”

Expanding on the popular narrative about the Black British experience, Jana explained to Beaumont, “I started to realise that Blackness in the UK isn't just one way. I am more than my skin colour, I am who I am. You can’t pigeonhole me based off my skin colour but, unfortunately, people do.”

Having herself grown up in Hertfordshire rather than London, Beaumont talked to a school friend, Johnnie Waves, the contrast between a more rural childhood experience as opposed to city life. “I'm so happy that the latter part of my life was spent here (in Hertfordshire),” said Johnnie. “The peace and quiet, the space to be whoever I wanted to be. It was a great thing that my foundation was built in Tottenham, as there was a grounding, gritty, and disciplined environment there. But I definitely came here at the right time.”

Beaumont has a saying that she carries with her throughout both her artistic practice and her life: “Anything can be beautiful when you look at it with love.” And so she does, traversing the country in search of new subjects to document. There is a sense of mutual trust, respect and appreciation in her work. Lensing the Black experience in all its multifaceted glory and far-flung or unexpected home-turfs. “I shoot what I see and what I feel instead of what I think people want to see,” she explains. “When I look at a subject, the images you see are what I am feeling; the respect, this appreciation, and acceptance of what I am shooting. I shoot my feelings and how I see and view people.”

Vanley Burke, the legendary British Jamaican photographer depicting post-war Black Britain over the last 50 years, is a constant source of inspiration for Beaumont. As is the Bristol-born, Japan-based photographer Beezer, whose 35-year archive captures young Black crowds in their prime at St. Paul’s carnival. But the search for new, unfound images is a constant for Beaumont who endeavours to focus not only on her documentation but also on highlighting the work that has come before her – both known and unknown. “Sometimes I will come across stuff or someone will send me something and I will do a lot of research,” she explains. “I think the bigger picture is collect my own stuff, family, friends, and do a lot of call-outs too.”

Beaumont is also quick to note the important role of music in the representation of Black British people. With the ascent of former cover star and Dazed 100 alumni, Pa Salieu, we’re granted a glimpse into the life of the diaspora in the less-represented area of Coventry. Emerging artists Young T and Bugsey also reveal the Black culture of Nottingham. “Music is an amazing form of storytelling and what these artists are doing is telling their stories. Look at Pa Salieu... the way he paints a picture of Coventry and the things he goes through. It's something really fresh for people. Music is an amazing way to open that door or that perspective.”

What Beaumont can’t collect physically, she can recall, and she revels in recounting the oral histories that once coloured her life. “We used to go to a place called Bovingdon Market, like Wembley market but in the Dacorum area,” she recalls. “My mum was into fragrances and homeware. We’d pick up some food, go to the music store with the Jamaican man playing different bangers. We’d spend the afternoon there and it was always good vibes and good memories.” She also reminisces about family gatherings. “We had a big garden, we were like the barbecue house. So every summer, we would invite family over – my dad’s siblings, my mum’s siblings… we’d all just party.”

But not all communities are the same and, within each fragment of the diaspora, there are stories to be found and told before they are lost forever. Preservation is key and conversation is necessary. The emergence of apps such as Clubhouse creates new ways to connect and share stories. “We can have conversations with people from anywhere,” Beaumont marvels. “It's literally about asking questions and listening. People don’t listen enough. They have one experience and think stuff and just run with it,” she tells us. “It's important to document things now so that there is a reference for future generations; the different parts of us and our nuances. It benefits every single Black person and I felt it was very important to make a start, open that door, or even open the conversation to inspire other people to document their community as well, whilst we can. Controlling our narrative, sharing our stories and educating one another on each other.”

Take a look at the gallery above to see some of Karis Beaumont’s stunning portraits from Bumpkin Files.