As he releases his new photobook on the early days of hip hop, the New York legend reflects on art, music, and resistance in the Bronx 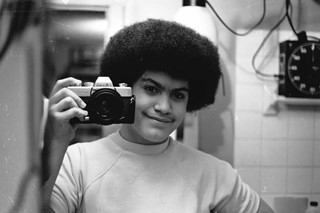 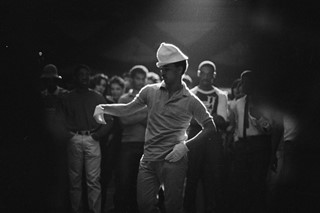 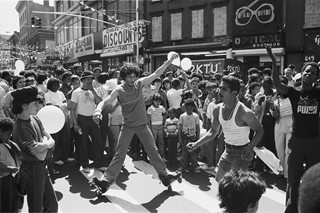 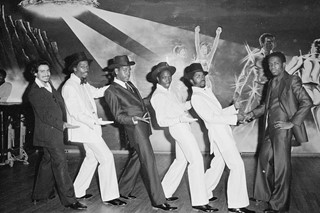 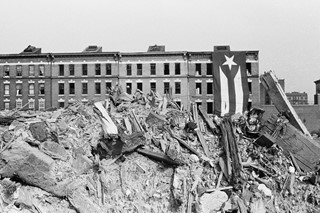 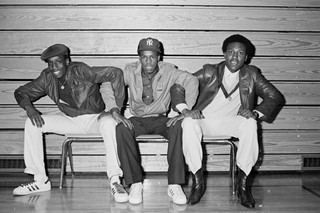 “Never give up! That’s my call to everything in life,” says Nuyorican artist, activist, and author Joe Conzo. The former FDNY EMT – who was buried under 9/11 rubble – is a survivor in every sense of the word. After recently battling and beating cancer of the pancreas and liver brought on by conditions at Ground Zero, Conzo made the front page of the January 26 Daily News after taking on Glacier Equities, a real estate firm that in November 2020 purchased the Bronx building where Conzo has lived since 1991.

Two days before Christmas, Conzo and dozens of residents across the Bronx and Inwood received a letter informing them they were being evicted during a pandemic, and given just 90 days to find a new place to live as of January 31. “Getting the letter was like being told again, ‘We found cancer in your body,’” Conzo says.

But Glacier Equities had met its match; Conzo is Bronx royalty. His grandmother, Dr. Evelina López Antonetty (1922-1984), was an activist affectionately known as “The Hell Lady of the Bronx” who let politicians know: “I don’t work for you. You work for me. You do for us first and then we will do for you.” An educator unafraid to take on the establishment, Dr. Antonetty founded United Bronx Parents (UBP) in 1965 to fight for equal opportunities for the poor, the fruits of her labour resulting in bilingual education nationwide and school meal programs for impoverished children.

“My grandmother died fighting. Same thing with my mother,” Conzo says of Lorraine Montenegro who took the helm of UBP after her mother’s death and passed in 2017 as a result of the lack of government support in the wake of Hurricane Maria. Today, two adjacent Bronx street corners bear their respective names, honouring the work they did to help the people of the community.

“I’m still fighting – and it’s not by choice,” Conzo says with a laugh. “It’s like that line in The Godfather III, ‘Just when I thought I was out, they pull me backed in!’ It’s about education and standing up for your rights. If you do your due diligence, you’ll come out on top. I don’t care how big Goliath is.”

Indeed, Conzo’s actions resulted in a win. The management company conceded, and apologised publicly after their actions were exposed. “We’re not being evicted,” Conzo says. “They said they are going to work with each tenant individually to our needs. I can tell you now I have some peace of mind.”

But the echoes of the past clamour like warning bells. With the rapid gentrification of Manhattan, Brooklyn, and Queens, the Bronx is the last frontier in the scramble for New York. It’s a far cry from the Bronx of Conzo’s youth, one brilliantly documented in the expanded edition of Born in the Bronx: A Visual Record of the Early Days of Hip Hop (1XRun), which will be released March 4 along with limited edition prints and merchandise.

“Back then landlords were burning buildings down and collecting the insurance money but now landlords are changing the rent laws and pushing people out, and buying the spaces out from under them. It’s a 21st century style of gentrification” – Joe Conzo

“The first page of the book starts with a quote from my grandmother,” Conzo says, the spirit of Dr. Antonetty still with him today. In her words: “We will never stop struggling here in the Bronx even though they’ve destroyed it around us. We would pitch tents if we have to, rather than move from here. We would fight back, there is nothing we would not do. They will never take us away from here.”

Conzo is living proof of his grandmother’s words, his book a tribute to the borough of his birth. Here, we travel back to the early days of Hip Hop as it was created in the parks, at the jams, and on the streets – streets filled with the debris of building razed to the ground over the course of more than a decade.

“What I just finished experiencing was like living the 1960s and 70s all over again,” Conzo says. “Back then landlords were burning buildings down and collecting the insurance money but now landlords are changing the rent laws and pushing people out, and buying the spaces out from under them. It’s a 21st century style of gentrification. Nobody is going to burn a building down.”

Instead buildings are being purchased, and apartments flipped starting at $250,000 a unit and skyrocketing up to $2.5 million. It’s far beyond what the community could afford. To this day, the South Bronx remains the poorest Congressional district in the nation, with 34 per cent of people living below the poverty line. Though the times may have change, the issues at stake remain the same.

“The Bronx is home,” Conzo says — a sentiment shared by more than a million residents. Since becoming an official borough of New York City in 1898, it has been home to a diverse cross section of working class communities. But things took a turn for the worse in 1970 after Nixon White House instituted a policy of “benign neglect” denying basic government services to Black and Bronx communities nationwide following more than 100 uprisings after the government’s assassination of Dr. Martin Luther King Jr.

Organisations like the Black Panther Party and the Young Lords came together to serve the community, provide for the people, and fight for civil rights. But with FBI operations like COINTELPRO working against them, the people were left to fend for themselves, trying to make a dollar out of fifteen cents. Embodying the D.I.Y. ethos, a new generation of kids did just that, bringing the sound system culture of Jamaica stateside with parties hosted by DJs.

In 1974, Afrika Bambaataa’s Universal Zulu Nation formed and began recruiting Black and Latino youth from the gangs into a new movement based on “Peace, Love, Unity, and Having Fun”. The following year Grandmaster Flash perfected the art of mixing breakbeats and Grand Wizard Theodore invented the scratch. Soon enough, jams and battles were popping up across the Bronx with DJs on the turntables, MCS blessing the mic, and B-boys rocking the floor.

“I was a disco head at the time and I was kidnapped into this culture called hip hop,” Conzo says of his formative years as the official photographer for the legendary Cold Crush Brothers, which formed in 1978. Best known for their memorable stage shows that synthesised the harmonies of 1960s Motown, the funk of James Brown, the panache of disco style, and lyrical skills no one had ever seen, the Cold Crush are emblematic of hip hop’s earliest years. They were also Conzo’s classmates at South Bronx High School, and recognised in Conzo an asset no one the scene thought to have: a photographer to document their rise to fame and promote their image far and wide.

“To me back then it wasn’t documenting. I did not know what a documentary photographer was, I just loved taking pictures of my friends and my surroundings,” Conzo says. His stepfather, Michael Kane, was an avid amateur family photographer who passed along his love to the self-described “chubby little kid with the Angela Davis afro” who first picked up a camera at the age of nine in 1972.

“I wasn’t too athletic or gifted in being a DJ or an MC, but I was different because I walked around with a camera. I loved the attention,” Conzo reveals. And people loved being recognized. Long before everyone was snapping pictures with their phone, cameras were largely reserved for special events like birthdays and graduations. Most documentary photographers and photojournalists were outsiders who crafted an image of the Bronx as one of devastation and decay, missing or otherwise ignoring a budding culture that would quickly take the world by storm.

In Conzo’s photographs, we go back to hip hop’s roots, before money and fame transformed it into a billion dollar industry. “When it started, it was about reputation and respect. We were all broke back then but if you wanted that legitimate street cred you saved up whatever few dollars you had that week from a part time job to look your best Friday night, Saturday night, especially as a performer. You could have $10 in your pocket but you looked like a million on stage,” Conzo says.

“For me, it was about next Friday, next Saturday, the next jam. What high school are we going to go to next week? Where’s the next party at? It wasn’t about record deals, gold chains, or superficial stuff. Of course they strived for record deals but not everyone got a record deal. I wanted my pictures published. It didn’t happen until 30 years later.”

But once it started happening, it didn’t stop. “I just did three licensing deals this week and it’s only Wednesday!” Conzo says with a laugh. “My dream was to become a professional photographer; I wrote that in my high school yearbook in 1980. Whatever dreams you have today, keep fighting. You don’t give up the fight until you’re gone.”

Born in the Bronx: A Visual Record of the Early Days of Hip Hop (1XRun) is out March 4 with limited edition prints and merchandise