Martha: A Picture Story is the new film sharing the story of this trailblazing woman who became an icon in the history of New York street art 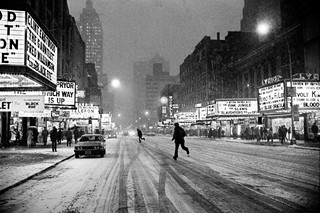 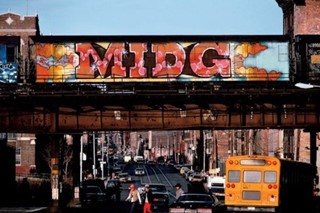 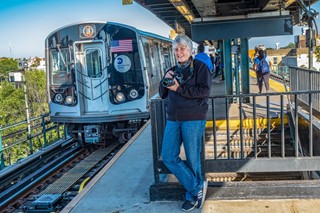 Back in the 1970s, at a time when the powers that be were waging a war against the emerging street art culture as part of its agenda of cleaning up the city, photographer Martha Cooper travelled the streets and subways of New York documenting its rich, vibrant graffiti. Working for the New York Post at the time, she glimpsed the beauty and creativity in this democratic art form as she journeyed through the boroughs of the city with her camera.

Like the once-impoverished New York neighbourhoods (since transformed by the process of gentrification) depicted in Cooper’s early photographs, the worth of graffiti art itself has similarly been reevaluated by the art establishment. As a medium, it’s since come to gain recognition and acceptance thanks to the ascent of artists such as Jean-Michel Basquiat and Al-Diaz, who left their enigmatic statements across the streets of NYC as the duo SAMO©, and Keith Haring, famed for his prolific and revered subway graffiti.

But, back when Cooper first turned her lens on this ephemeral art form, it was truly anti-establishment. As a potent means of talking back to power, graffiti presented an opportunity for public self-expression and protest. “1977, the Bronx was burning down. No one really wanted to write that graffiti was an interesting thing. But I don’t want to shoot something that’s done with permission,” Cooper explains. ”It’s an outlaw art. That’s what makes it thrilling.”

Despite being commercially unsuccessful when it was first published in 1984, her book Subway Art (a collaboration with fellow-photographer Henry Chalfant) has since made Cooper an icon of graffiti art history. Subway Art is, according to a new film about her life and work, ”one of the most sold – and stolen – art books of all time.. photocopied and shared by graffiti artists for decades”. Martha: A Picture Story traces the life of this unlikely champion of this art movement, following the diminutive, grey-haired figure of Cooper – now in her 70s – still running alongside crews of masked graffiti artists.

While shining a light on the genesis of 1970s street art, the film is also an affirmation of women and their continued relevance as they age. “The time has also come to address the fact that senior women remain a gravely underrepresented demographic,” says the film’s director, Selina Miles, who describes the documentary as an “inspiring story of a trailblazing woman still very much in her prime at the age of 75. I believe that Martha’s story can work to dispel some of the myths of what it means to be an older woman and send a strong message that women deserve to remain relevant, important and worthy of visibility, regardless of their age.”

Take a look through the gallery, above, for portraits of Martha Cooper at work and to revisit some of her stunning photographs of 1970s NYC. Below, here's a glimpse at the upcoming film, Martha: A Picture Story.

Martha Cooper: A Picture Story is set for release on VOD platforms on March 16 and a special edition Blu-Ray in May 2021