From 1997 to 2002, Justine Kurland staged mythical photographs of young teens choosing their own realities 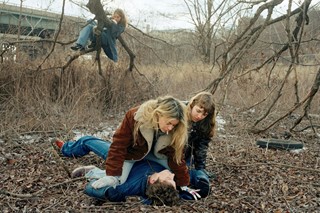 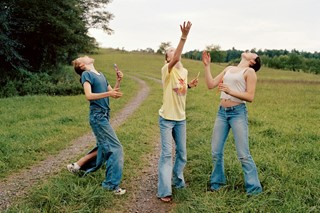 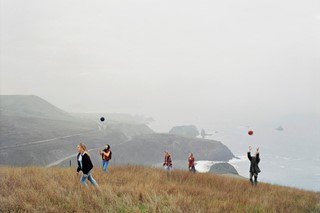 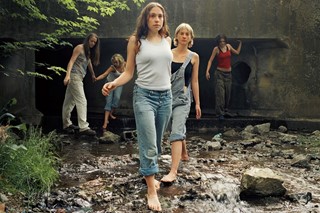 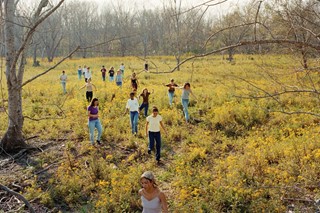 When we think of wild America, it’s likely it conjures masculine, rather than feminine, visions – from John Wayne cowboy tropes roaming the desert to truckers pulling into dinners nestled on a long-stretch of road. It’s a cliche that photographer Justine Kurland was all too aware of when she began shooting her series Girl Pictures in 1997. For five years, until 2002, Kurland travelled the North American landscape, staging images of girls as “fearless and free, tender and fierce”.

Now, more than two decades later, Kurland’s Girl Pictures is being published by Aperture. Unfolding in the city, in its parks, playgrounds, and the girls’ homes, Kurland and her teens then trek into the wildness where they bask in the sunny fields or make angels in the snow. “The girls were rebelling. The girls were acting out. The girls had run away from home, that much was clear,” writes Rebecca Bengal in her story for the book’s foreword. “They were trying on a version of themselves that the world had thus far shown was ‘boy’.” Bengal describes the girls as “floating on a raft down the Mississippi. Tucking smokes into the sleeve of a T-shirt. Having a rumble. Living off the land.” She writes: “Cowboys, sailors, pirates, hitchhikers, hobos, train hoppers, explorers, catchers in the rye, lord of the flies – you name it, all the dominion of boys. If you wanted a place in the narrative, you had to imagine yourself inside of it.”

Kurland closes the book with a self-written text she titles “Cherry Bomb”. In it, she speaks of how she “channelled the raw, angry energy of girl bands” into her pictures of the teens. She recalls the first girl she photographed, Alyssum, who was the daughter of a man she was dating at the time. Preferring Alyssum’s company to her then-boyfriend’s, she speaks of how they would plot photoshoots of Alyssum as a “teenage runaway”.

While those initial pictures have long since been lost, it was the spark of a journey that would become Girl Pictures. Kurland explains that she hoped her images would offer a new, boundless reality for girls to situate themselves with. She writes: “Like a game of telephone, each reiteration alters and distorts a fundamentally American myth of rebellion and conquest, emphasising or erasing certain details as new social and historical contexts demand.” Ideally, she adds, these mythical pictures would encourage girls to find freedom in their own lives. “I imagined a world in which acts of solidarity between girls would engendereven more girls – they would multiply through the sheer force of togethernessand lay claim to a new territory.”

Girl Pictures is published by Aperture and available May 2020