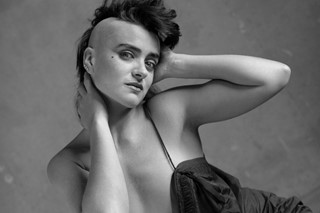 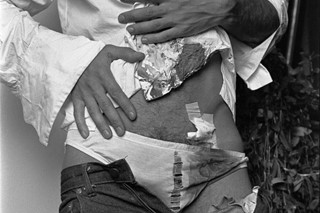 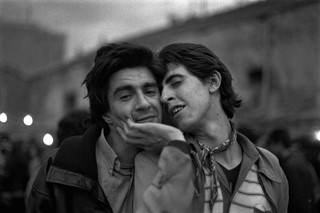 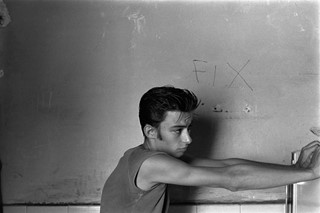 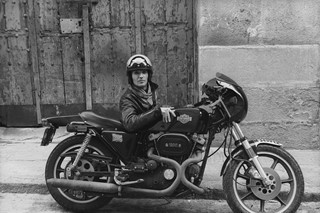 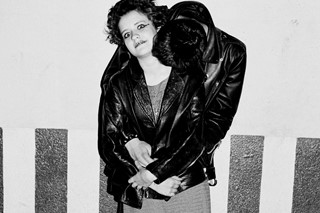 Broad social change is often a slow-burning process. But when Spain’s dictator Francisco Franco died in 1975, it seemed to happen overnight. While laws and institutions did evolve gradually as the country turned democratic, people’s new-found freedom translated into a burst of pent-up creative energy. Or as pop-rock band Radio Futura sang: “The future is already here.”

By 1985, the word had spread that something was happening in Madrid. Though romanticised, Bob Splitz captured the mood for Rolling Stone: “The son of a bitch kicked off in 1975... Since then, Madrid has been having itself one ongoing coming-out party. The kind you like to have when the folks are away for the weekend. Only this time the Old Man isn’t coming back.”

“The movement was about youth, about a search for identity and also the idea of opening up to the world,” says Irene de Mendoza, who curated La Movida: A Chronicle of Turmoil, an exhibition celebrating four Spanish image-makers of the time at this year’s Arles photography festival. Coined by the press, “La Movida” became a catch-all term to describe an eclectic circle of musicians, artists, filmmakers, and designers who were challenging the sacred Spanish institutions of religion and family through kitsch, overt sexuality, and youthful exuberance.

Inspired by New York’s new wave and British punk, music was central to the scene but the exploration of collaborative forms is what drove the movement’s frenzied activity. Now the Movida’s most known figure, a young Pedro Almodóvar began shooting films that reflected a brash new youth, while publishing several magazines, and even dabbling into music as part of a glam rock parody duo.

Miguel Trillo was a school teacher by day but spent most nights photographing bands and concert-goers in Madrid’s dingiest venues. “At the time of (dictator) Franco, the only ones who made pictures were the police,” he says. Photography was used for surveillance and even a picture of two people kissing in public – especially two people of the same sex – could cause trouble.

Through Trillo’s lens, however, photographs were “traces of joy,” essential historical documents as well as cherished memories for those pictured. Following the movement’s DIY spirit, the artist used Spain’s first available colour copier to print images, stick them up on walls and hand them out to friends. Along with shared musical taste, distributing zines, photos, and other visuals amongst Madrid’s youth created a sense of community that had been lost or simply not allowed during the regime.

“Social media didn’t exist but we always knew where to go,” says Ouka Leele, whose playful portraits combine photography with painting. El Rastro, Madrid’s open-air flea market was a regular hang-out spot, and so was La Bobia, a bar that features in Almodóvar’s 1982 comedy Labyrinth of Passion. “You’d go there to have a drink and all ‘the moderns’ were there with their amazing looks. It was fun to sit around and watch all those people dressed eccentrically,” she says.

The nightlife was also thriving, with a string of rundown clubs and bars filling the city with noise every night of the week. “The venues were so dark that you had to light a lighter to be able to focus. So I took many pictures in the bathrooms,” says Trillo. “Bathrooms and hallways were also good for silence! Often the music was so loud you could barely talk while taking pictures.”

Perhaps the two other photographers on show, Alberto García-Alix and Pablo Pérez-Mínguez – who signed his work as “pobre pero mítico” (poor but a legend) – best exemplify the culture of excess that marked the movement. There was too much make-up, too much hairspray, too much partying. And also too many drugs. Many artists lost their lives to heroin and Aids, including pioneering bisexual poet and essayist Eduardo Haro Ibars (photographed by García-Alix).

To critics, this was a generation that rejected politics and signified nothing but individualism and frivolity. “We were tired of ‘the two Spains’,” says Ouka Leele, using a popular phrase that refers to the left-right divide. “Artists before us focused on the war and on politics, but we didn’t want to have anything to do with conflict and division.”

“Our politics was utopia,” she adds. “We believed in a new way of life, we thought we could live as a community, without the idea of property.” If La Movida was not the heroic anti-dictatorship group some wanted it to be, the photographers argue that its power came from its capacity to include everyone. Trillo, who shot bands and their fans alike, explains: “I wanted to show that the centre and the margins were more united than it seemed.” For one, he adds with a hint of sarcasm, because drugs had to be picked up in far-out neighbourhoods.

Perhaps the most paradoxical element of La Movida was the support it received from institutions and the media. “It was cool to be an artist,” Ouka Leele says in retrospect. De Mendoza adds: “La Movida was socially integrated, it wasn’t completely independent.” The curator, who was a child in the 80s, experienced the movement through national television: “I used to watch a program called ‘la Bola de Cristal’ that was hosted by Alaska, one of the leading singers at the time who also acted in some of Almodóvar’s films.”

The government’s involvement supported emerging art spaces but it was sufficiently distant to encourage La Movida’s social dynamics. “A lot of people say that perhaps when the institutional support became more obvious is when la Movida ended,” says the curator. No wonder that the government would want to connect with a burgeoning youth culture that represented a new, free Spain. For Ouka Leele, the show ended the moment “politicians started to want to take pictures with us”.