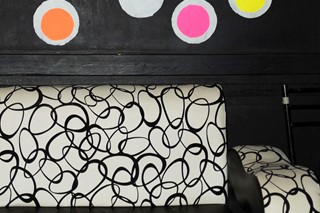 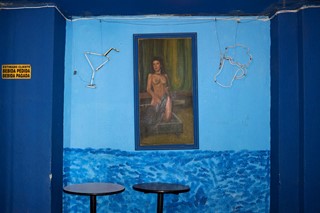 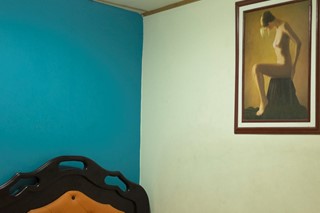 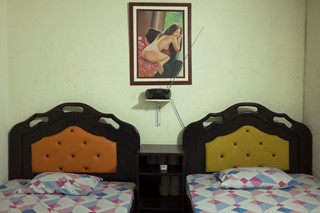 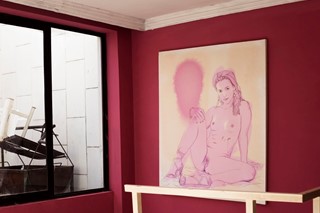 According to photographer Kurt Hollander, the Colombian city of Cali in South America is a hotbed for living out your sexual fantasies. In the introduction to his book The Joyous Life, currently in the works, Hollander explains that while the family-home marital bed might be what most people consider “the centre of sexual activity”, this is actually wrong. He adds: “Since mankind created cities, men and woman all over the world have had more, better sex in places specifically designed for such activity.” And in Colombia at least, we’re having sex in movie theatres, pool halls, luxury spas, gyms, and even internet cafés.

Prostitution in Cali is legal and provides a source of income for many, and Hollander goes on to reveal that there are over 400 sex establishments which are legally registered, and then, of course, likely hundreds more that fly beneath the radar. Sex motels can come in “all shapes and sizes and for all wallets” and while many might look as you’d expect, others are often found in the rooms of a less assuming establishment.

Fitted out with necessities such as plastic sheets, paper towels, and ceiling fans, Hollander set about exploring the axis of lust, local culture, and the brilliantly kitsch sex architecture and design of the city’s love motels. Below he tells us more.

“When I started researching in Cali, the first thing that struck me was the importance placed on the art and decoration of sex establishments” – Kurt Hollander

What inspired you to create this book and explore the relationship between space and sex specifically?

Assuming there was a multitude of other cities and countries you could have chosen, why did you choose to focus exclusively on Cali, Colombia?

Kurt Hollander: I had travelled to Santo Domingo in the Dominican Republic and had found dozens of amazingly huge and fantastically designed love motels (or cabañas) there. I went back and took photographs of the facades with a medium format camera and was so pleased with the results that I searched online for other such extravagant places in Latin America, and that’s how I found Motel Kiss Me in Cali. While living in Kiss Me for two weeks, I got a taste of the city’s love for fabulous but cheap love motels and decided there was a lot to explore photographically. From there, I started sticking my camera into all types of sex establishments around the city, of which there is a huge variety and for all budgets.

Also, prostitution is legal and so there isn’t a very big mafia-run sex industry unlike in Mexico, the USA, and, well, much of the world. This all allows for a less exploitative and more human interaction between people. This openness made it a lot easier to have access to these establishments and to photograph them.

In the introduction of the book, you say that the marriage-bed has never been the centre of sexual activity. Given that Catholicism is the main religion of Colombia, why do you think there is such a demand for these establishments in a seemingly conservative country?

Kurt Hollander: Although Cali is still predominantly Catholic, people rarely go to church. Divorce rates are high and "open unions" are even more common, which means that Church-condoned marriage isn’t the only way for people to live together and enjoy each other’s bodies. The local government supports sexuality, ensuring sex workers’ rights, health, and personal security, which means that beds in sex establishments are actually safer places for women than in the marriage bed. More important than Catholic dogma is the local culture of Salsa music and dancing, which encourages romance and sexuality. In fact, there is even a very popular sub-genre in the city called Salsa Romantica Hotelera (Romantic Hotel Salsa).

Kurt Hollander: Sexual activity outside of marriage has often been said to actually help maintain marriages. Although lovers mostly use the love hotels for a couple of hours of pleasure and escape, so too do married couples to spice up their daily grind. Being that Cali is a relatively poor city, most people there never travel far from home. The names and design of love motels, but also men's clubs and other sex establishments, provide a chance to enjoy exotic, foreign pleasures; indeed, many of the love motels refer to Paris or other pleasure capitals, as do the sex toys sold in the lobbies.

Were there any people you met while taking these images that you learned any certain anecdotes or details about that we wouldn't know just from looking at the pictures themselves? If so, can you share with us?

Kurt Hollander: As briefly aforementioned, I lived in Motel Kiss Me for two weeks. I was invited by the owner to stay in the Golden Presidential Suite (sauna and jacuzzi included) while I documented the 150 rooms in the motel. I also lived in Bar la 20, Cali's largest and oldest brothel, taking portraits of the women working there, and later exhibiting the work in large-scale images printed on canvas. While I lived in these places, and also when I would visit other places to take photographs, I made a point of interviewing the owners, the workers, and the sex workers too, to get a better idea of how things worked and what the consequences of working in such places were. I also interviewed the city's only Vatican-appointed exorcist to see what he thought about sex in the city, as well as a sex therapist, a drug dealer who sells Chinese natural sex products, a writer of 40 books written in the 1970s rife with sex, and local photographers who have used their studios to take pictures of naked ladies. At the same time, I visited the local library and did research online about the history of sex in Cali, from before the Spaniards up until the present day, to give a much larger context to my work. This research and the interviews gave rise to a book, The Joyous Life, which I am currently looking to publish.