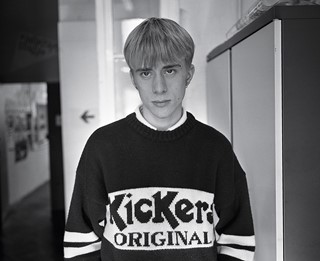 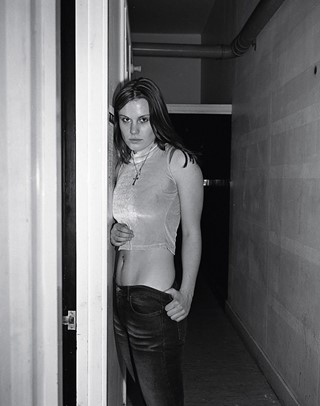 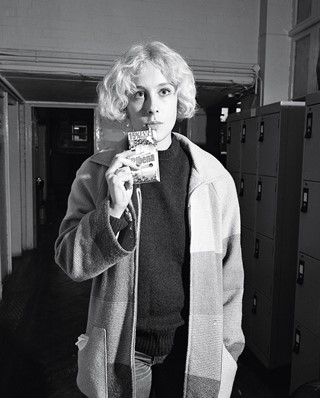 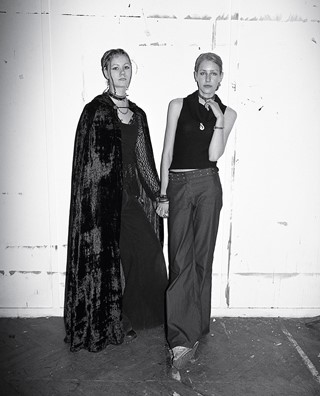 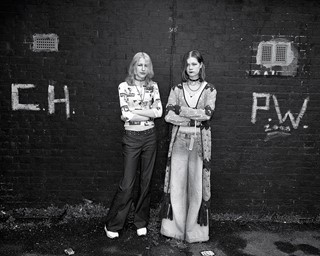 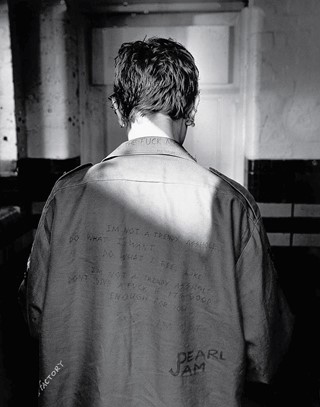 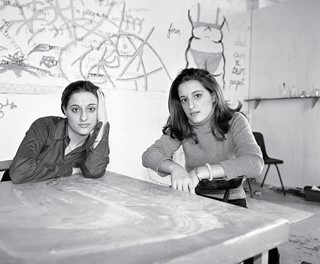 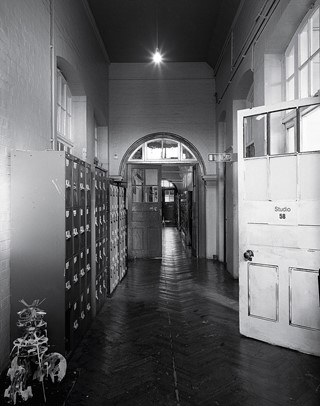 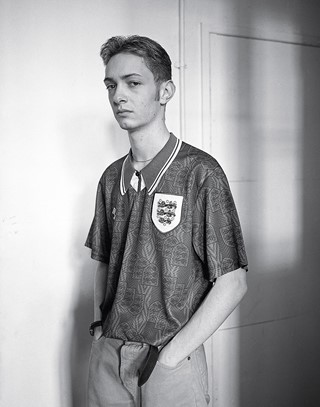 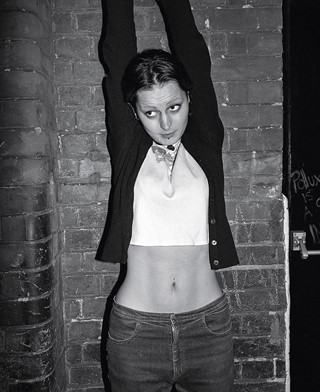 Taken from autumn 2018 issue of Dazed. You can buy a copy of our latest issue here

“I wanted to be a street photographer, but quickly realised that no one was going to pay me to just be walking around drinking coffee with my friends, taking photographs. So I was fortunate when I just walked into a teaching job back in the 90s. Ridge Street School of Art was on the outskirts of Watford; it was a wonderful, late-Victorian red-brick, ad-hoc kind of building. It was part of a wider college but the school managed itself, (as) a lot of the art schools did in those days. They were self-sufficient. The students coming through were incredible, and I still wanted to make photographs. I thought, ‘I’ve got this material in front of me – why not?’

“I had not long been out of university myself. I was only about six or seven years older than the students – I still had very long hair, I would turn up in Iron Maiden t-shirts. After two or three weeks of working there, I started going to the pub with the students; my boss was happy for me to. I don’t think it’s possible to make a body of work like that now. With the restrictions in place, and the way people utilise digital images, it would be impossible. I just tried to record these people because I felt like I was in the mix with them – you know, I was learning too, I didn’t feel I was significantly different from them. I was trying to find my own career as a photographer. I was trying to figure out what I was about.

“My new book, School of Art, is going to concentrate on 1997. It was a landmark moment, with Blair and New Labour – it was rock’n’roll at that time. Pulp’s breakthrough album and the Trainspotting soundtrack were everywhere, and Larry Clark’s Kids was incredibly important. We had this notion of ‘Cool Britannia’, we had Britpop, we had Blur versus Oasis and, probably most importantly, we had the Charles Saatchi show, Sensation. I grew up on traditional art where you were stood looking at Manet, Van Gogh, all those things. All of a sudden, I was exposed to something else along with these students.

“There was something which was tangible: one, it was British and, two, it was in our own back garden. We didn’t have to read about it, we didn’t have to go to America, we could actually see it just ten minutes down the road. You would go to the Whitechapel (Gallery) and PJ Harvey would be there looking at works, and some of the students would rip up packets of Marlboros and say, ‘Can you go get her autograph?’ so she could sign the back of them. They were too nervous to do it! It was the last great, great time for these art schools; it was only three or four years later that this one closed down.

“I don’t think it’s possible to make a body of work like that now... I just tried to record these people because I felt like I was in the mix with them – I was learning too, I didn’t feel I was significantly different from them” – Matthew Finn

“Every time is different, but the students were definitely engaged in trying to figure out their own sexuality; they were interested in drugs, and they were interested in drinking. Piercing was in, tattoos weren’t. Some people would smoke in the dark room, or go into the processing room, because it was pitch-black, and get it on. They were really into fucking, not to be crude. Also, just hanging out in their battered Fiestas or Escorts, winding the windows up and smoking loads of dope and getting high on the fumes. That was quite common; I was later told that was called ‘hot-dogging’, or something.

“I do think the students had the same issues as students today: they suffered from mental health issues, they just weren’t diagnosed. A lot of them were bright individuals who had failed in the school system, so they went to our school initially because there was nowhere else for them to go. They would all do three weeks of photography, three weeks of fine art, three weeks of graphics and three weeks of printmaking, and they could find their own voices. Today young people have a sense of anxiety and depression which comes through Instagram, maybe, and a certain loneliness, but these kids weren’t lonely, because they talked. They would use their artwork to express their feelings, not (social media). A lot of the artwork they made was incredibly personal, and complex.

“In many ways it was a dream assignment. You know, it was when they were 16 or 17, (going) through a real kind of delicate life change of figuring out who they were, and I feel very fortunate I was in a position to be able to document that – in this really lovely building where you had beautiful light coming through against wonderful tiles and parquet flooring. I didn’t show anybody my work for 25 years. I just continued to make it. A lot of people were amazed that someone could make so much work, and not feel inclined to show it.

“I’m photographing (my students) again now, 20-odd years later, to find out their stories. When I talk to them they say it was the best time of their lives – not university, not any time afterwards. They talk about the friendships they made and the bonds through which they’re all still in contact with each other. As one girl said, ‘They were some of the darkest and brightest days of my life so far.’”— Matthew Finn

School of Art is out now from STANLEY/BARKER