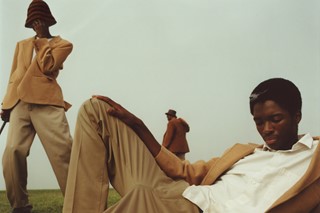 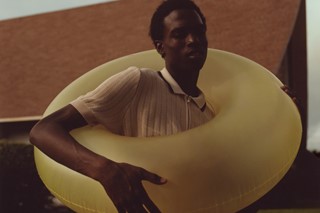 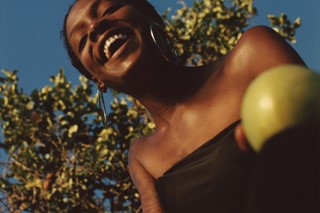 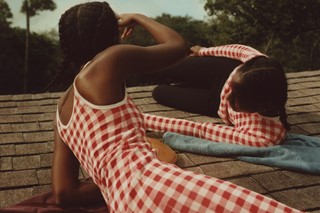 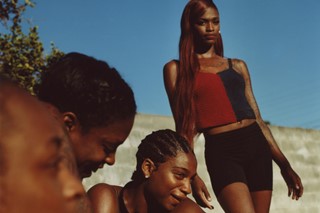 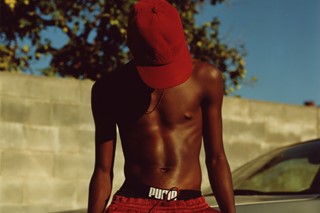 Art history is replete with artists that tried to merge their individual practices into a collective one. Marina Abramović and Ulay, Gilbert & George, Christo and Jeanne-Claude are some examples of duos who challenged ideas around singular authorship of art. It is easy to assume though, that two artists working together think like one, and that theirs is an instinctive, ultra-cohesive bond. The reality is often different, and twin brothers Jalan and Jibril Durimel, who present themselves as Durimel, know that all too well.

For the photographers, integrating two persons’ imaginations takes a whole lot of dialogue. “We’re learning a lot about what communication means and how two different parties, for the lack of a better word, can communicate in more productive ways,” Jibril says, on the phone from Los Angeles, where he and his brother live.

“In the more physical sense, it doesn’t matter so much who has the camera in hand,” Jalan says when asked how two people manage to shoot with one camera. Both emphasise that the difficulty lies in being able to articulate their ideas to one another. Of course, having grown up and lived together their whole lives helps, but sharing a vision does not come as effortlessly as one might believe.

“Now we are in a space where we want to use photos the same way a director uses a film, to tell a bigger narrative story” – Jibril Durimel

While their most recent collaboration Frères d’une île pas très proche is their most recent series and will be showing at Foam Talent in London, their first project together, Jalan recalls, looked a lot different, and involved a comedy show that his brother had started on YouTube. Naturally, the project morphed into a fashion Tumblr when the two settled in Paris and befriended a group of teenagers with an interest in clothes. Their sophisticated looks earned them a big following and when they moved to Los Angeles for college, the then 18-year-olds were asked to model for American Apparel, Union Los Angeles, and the now-defunct streetwear label AXS Folk Technology.

Over time, Durimel realised they preferred to be behind the camera than in front of it and cut their teeth in photography shooting campaigns for fashion brands. Eventually, they grew tired of fashion altogether, feeling creatively restrained and unsatisfied to the point of loathing it. “Now we are in a space where we want to use photos the same way a director uses a film, to tell a bigger narrative story,” Jibril adds.

Durimel borrow heavily from film, the discipline they studied in university. They speak of wanting to “make characters”, and reflect on the limited possibilities fashion offered them in terms of storytelling due to its purpose to sell stuff. “Everyone is made to look cool because it’s coming from a commercial standpoint,” says Jalan. According to them, campaigns and runway shows provide no room for outlandish, freaky characters, something they also blame on fashion’s general lack of self-deprecation. “I think the lack of humour in fashion is what we found funny,” says Jalan.

Ultimately, they began to appreciate what the fashion world had taught them. “What was it at the essence of fashion that we enjoyed?” the brothers asked themselves. “It was costuming and having clothing fit harmoniously into an image and not standing out too much,” says Jalan. “We like things to flow nicely together and not be so contrasting.”

Durimel’s “sartorial interest” reveals itself through images that emphasise colours and silhouette. But clothing is never an overbearing element, the pair’s goal being to find “ways of making the clothing disappear to a certain extent”.

In presenting everyday people, Durimel’s photography fits somewhere within the growing range of artists voicing complex perspectives of the black experience. “I feel like (our images) are progressive and political in their own sense by just being present,” Jalan says. “Especially in the spaces that we look at them eventually, whether that’d be in a gallery or a museum where images of black people aren’t regularly seen.”

And yet, they steer clear of becoming, what they call “social justice mascots”. Their work is not concerned with making political statements, they say, but rather “creating a world that isn’t necessarily real everywhere”.

Jalan makes a reference to painter Alex Katz, who creates “these graceful images of wealthy New Yorkers living their lives”, that speak “about white culture in general”. “We want to be allowed to make something that speaks on black culture in a graceful and effortless way as well.”

“I feel like (our images) are progressive and political in their own sense by just being present. Especially in the spaces that we look at them eventually, whether that’d be in a gallery or a museum where images of black people aren’t regularly seen” – Jalan Durimel

Having been born in Paris to parents from Guadeloupe, a former French colony with “a solid middle class”, Durimel also aim to visualise the black experience in ways which are neglected. Globally, black people are still overwhelmingly unfairly represented as poor in the media, leading to the perpetuation of harmful stereotypes.

Durimel’s attention is riveted towards ideas of the universal. “If you listen to music from Brazil, west Africa, Europe… Everyone has these love songs, they’re just abundant,” muses Jibril. “It must be for a reason. I think love is something that everyone deals with, so that’s interesting to us.”

Having also lived in the Caribbean island of St Maarten, and Miami, before moving to Los Angeles in 2013 to study film, it’s unsurprising that Durimel’s photographs are not pinned to any specific location and seems, instead, to be floating in time and space. The warm colours and cut of the clothes evoke a certain nostalgia, while the studied poses of black “characters” can be read as new images of beauty. “For us a perfect piece of art is a balance between nostalgia and foresight,” Jalan says. Going back to ideas of universality and their wish to make art that everyone, from “artists” to their “grandma”, can appreciate, Jalan wonders: “How can we tap into someone’s nostalgia and also give them something to look forward to?”

Durimel’s Frères d’une île pas très proche will show at Foam Talent’s exhibition in London, the launch is on Wednesday 15 May, and the show opens 16 May – 16 June 2019. More details here and here