Shahmir Sanni, Wilson Oryema and an EU Mr Blobby joined the party on Friday to launch our exhibition, The Present Tense

On Friday March 29 – the day that Britain was scheduled to leave the EU – we threw a party at LN-CC to launch a new photography census titled The Present Tense. For the project, we asked readers to submit images that crystallise the atmosphere across the UK and Ireland in the lead-up to Brexit. Images were selected by the likes of Jeremy Deller, The Observer’s Carole Cadwalladr, NON Worldwide’s Nkisi, Viv Albertine and Anohni – figures who each understand and represent Britishness in their own way.

Other judges, such as Vote Leave whistleblower Shahmir Sanni, and Sleaze Nation's founding editor and artist Wilson Oryema were in the crowd, as the night morphed from gallery opening to rave via LN-CC’s Jägermeister-sponsored bar.

For the event, we asked Rottingdean Bazaar to create a one-off mascot: a towering Mr Blobby suit with its trademark spots swapped for the stars of the EU flag. It was a gesture of solidarity, as well as a comment on the strange sense of British nationalism that Blobby personified in his early-90s rise.

See what went down on the night below – and special thanks to LN-CC for one of the wildest and weirdest nights of 2019 (Pussy Palace warming up for EU Blobby is the best transition in recent memory, not that we’re biased or anything...). 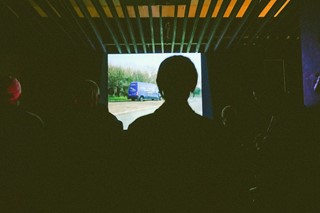 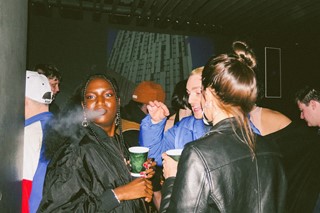 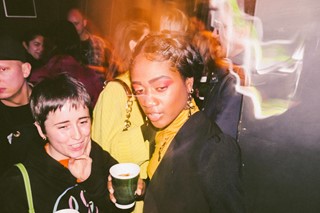 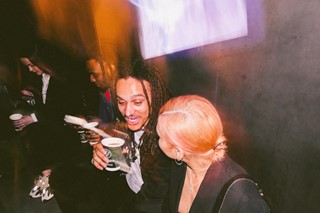 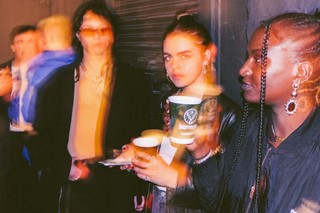 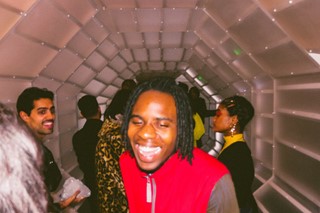