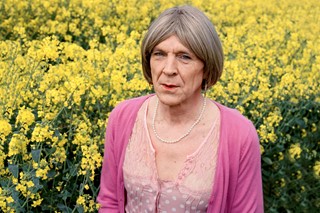 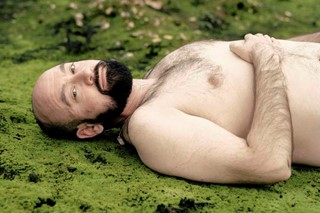 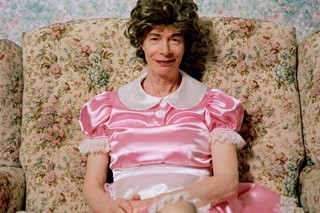 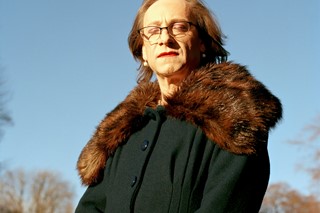 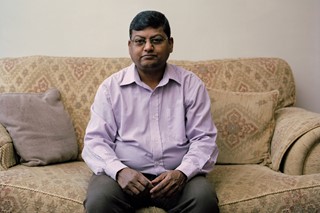 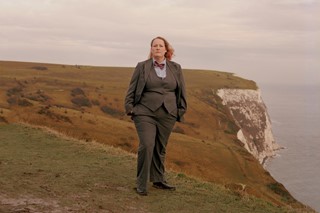 Old age comes with a lot of accompanying inevitabilities: everything from finding lines around your eyes, to various ailments and illnesses. Vulnerability is one that we don’t talk about enough. In the UK, millions of people over 65 either live alone or say that they experience loneliness. Many are receiving care, while others who need it don’t have access. A majority of old people survive off tiny state pensions, and a large number live in poverty. But for older transgender people, these complications can be more serious. Discrimination heightens your feelings of isolation. You can feel at once invisible and exposed.

It’s with this in mind that documentary and fashion photographer Bex Day has spent the last three years taking portraits of Britain’s older trans community, and talking to her subjects about their lives. This week, the photos will be on show with a film at a Bex’s London portrait exhibition, Hen – named after the Swedish gender neutral pronoun (a comment on the fact that we still don’t have one, says Bex).

In her regular work shooting for Dazed, Vogue Italia, Burberry, Topshop, and editing Pylot magazine, Day says a lot of her images are about empowerment, equality and freedom of choice: “I like to question what is considered ‘normal’. I’m keen to change how people think and diminish black and white thinking through my photographs. When I started, I felt there was not (and still isn’t) enough visibility of the older transgender community in the media.”

“I didn’t meet another trans person until I was in my 20s. But these young people online, they have each other” – Dan

Day cast her dozens of subjects by going to meet-ups and posting in forums. On one, a trans social and dating site, she met Irene Heath, a 74-year-old trans woman who lives in Orpington on the edge of south London. “I identify as transgender. By this, I mean that I’m fully confident going out in public dressed as a woman. However I’m not full time as a girl,” Irene tells me over email, where she is most comfortable speaking. “Sometimes I go out as a woman and sometimes as a guy,” she says, before explaining that it was nerve-wracking to be in Bex’s photos because she was only used to having her photo taken by her trans friends.

In Irene’s experience, a lot of older trans people still do not feel able to “come out” publicly as trans because they were raised in a time when it was less acceptable – a time before trans and nonbinary celebrities and models proliferated the media and fashion. She says that a lot of trans people she’s met are living in secret, some are even married, with their husband or wife not knowing that they are trans. “Will she support him, or will she want a divorce?” says Irene. “The husband doesn’t want to break up the marriage, and yet he feels a heavy weight of guilt about deceiving the wife.” Bex found this to be a common story too: “A lot of people could not participate in the project due to them hiding their identity in some form,” she explains, and someone else she photographed transitioned to female and then transitioned back to male due to complications with his family. Irene suggests that free or inexpensive gender counselling for families could help here. “Then the wife can discuss her problems freely in a non-judgemental setting.”

The biggest change in the lives of trans people since Irene grew up is the advent of the internet. “Before the internet, each solitary trans person usually thought that they were the only one in the world who had these strange desires. The internet allowed trans people to connect together via various web forums and dating sites,” Irene explains. For younger trans people, social media can be life-changing: “They can get instant psychological support from their friends, and social media allows them to tell their story to the world.”

Daniel, a social worker in his 40s and another person who features in Bex’s exhibition, agrees that the internet has been a game changer. He used to be involved with trans community groups, but then he stopped talking to other trans people or talking about being trans – partly because colleagues told him that if he let people know that he was trans he wouldn’t be able to work with children.

Recently, he realised that he has lived more than half of his life as a man. It was a wake up call: “I expected there to be a point where my past that was gendered as a woman ceased to be important, but I haven’t really found that, so it felt important to find kinship.” This is when Daniel met Bex – after he joined a closed Facebook group for other trans men. “I guess I was also interested to know what it was like for guys transitioning now, and whether I could offer support.”

Daniel found that the landscape is starkly different for younger men today. “When I transitioned I was 19. I’d heard the odd media story which seemed to relate to trans women but I didn’t know of any trans men. I didn’t know really what was possible.” Day says Daniel told her that, because of this, he couldn’t even find the language to article that he was trans. “I had a huge sense of my own ridiculousness,” he continues. “I didn’t meet another trans person until I was in my 20s. But these young people online, they have each other.”

The other improvements Daniel noticed in the Facebook groups were a greater understanding of the intersection between sexuality and gender – “in the past, if you were trans and gay-identified it was difficult to find a place as a ‘real man’ within groups of trans men,” he says – and a greater understanding that the process of transition might be different for different people. “When I was younger I saw the ‘trans’ part of transgender as the journey from female to male, whereas now I think we see it more as a transcendence of gender, and that’s a liberating idea. It showed me that the way I choose to present myself is up to me. I don’t have to adopt any particular characteristics of masculinity.”

As an older trans man, Daniel explains that he thinks he is still carrying a lot of the lingering trauma of growing up trans in a time with so little visibility and so much stigma (although he acknowledges that these problems haven’t disappeared). “The internalised transphobia can be difficult to combat and even now I find there are situations where I feel very pathologised, and that makes me feel very powerless. Part of that’s about my earlier experience and a much more medicalised view of transitioning or what it means to be a trans person back then.”

He is also worried about the future: “In social work there’s this idea of ‘coming out’ and ‘coming out again’. It relates to being visible as a trans person, which is quite important when you consider social services for older people because you could suddenly find yourself in receipt of personal care from people that are not ready to give it to a trans person. I suppose that’s depressing.”

Day hopes that Hen will create a dialogue between older and younger trans people about these issues, and is even specifically holding an intergenerational workshop in the space. “There is nowhere near enough recognition of the people’s stories and past, which in turn, I think, will help to benefit the younger transgender community. I’ve heard from a great deal of participants from Hen that they rarely interact with younger transgender individuals, and it’s a real shame because I think that is important in terms of expansion of knowledge of the transgender community and enhancing education in terms of intergenerational feedback.”

Day also thinks the exhibition is a good moment to take stock of positive change: “Shooting Hen helped me to value where we are at in the world – we are so fortunate that we have access to such a wide range of mental health facilities, how we are able to use the internet to accompany or enhance our understanding of certain topics (of course it has its downsides too), I feel we are far freer to understand our identities and truly express this nowadays, there are safer spaces for people to communicate about their issues, which sadly wasn’t the case for a lot of the people I photographed when they were growing up.” Hen, she says, is a chance to celebrate these people as “the unique, beautiful individuals that they are”.

Hen opens today (April 1) and runs until April 7 at Herrick Gallery. A portion of print sales will be donated to Stonewall Housing and Press For Change. Hen the Film is co-directed by Bex Day and Luke Sulivan