Opening up his archive for a new book and exhibition of unseen images, the photographer shares his experiences of shooting Keith Richards, The Slits, the Beastie Boys, and more 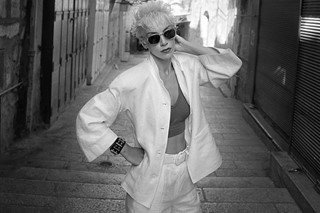 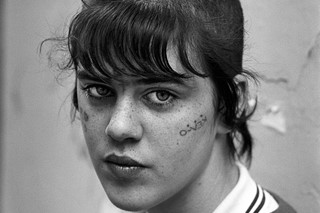 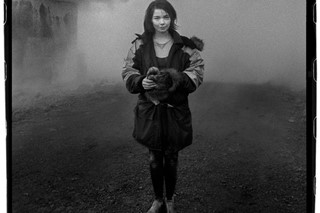 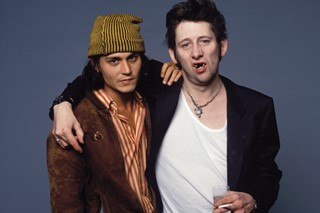 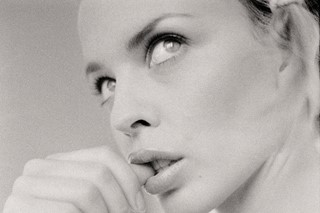 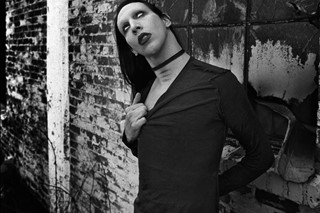 Derek Ridgers is one of the most prolific photographers of 80s youth culture. From skinheads to the fetish scene, goths and New Romantics, Ridgers was on the front line, picking out the club kids and teen misfits who epitomised a defining decade of British subculture.

Now, over four decades since he first picked up a camera, the photographer has published a retrospective of his work, simply titled: Derek Ridgers: Photographs. “This is my masterwork,” he tells Dazed. “It's my best photographs from the last 45 years.”

Ridgers' selections for the book expand beyond his formative years as a documenter of underground scenes, spotlighting his high profile work for magazines including the NME, Time Out, and The Face. “For most of the time that I was a photographer, I thought I was a rock photographer,” Ridgers explains. “I worked for NME for about 20 years and I definitely thought that was my best work.”

There are portraits of cult icons like Björk and The Slits, as well as superstars including Marilyn Manson and Kylie Minogue. The book is a comprehensive record of the decades before celebrity selfies, when established photographers were highly sought after by magazines, managers, and PRs. “I got to travel around the world quite consistently over a period of about 25 years,” Ridgers recalls. “Often at other people's expense, and very often staying in the same hotels the rock stars were staying in. It was a really great life and I felt I was really lucky.”

In his youth, Ridgers got up close and personal with skinheads and punks, but supercilious celebrities have often been his most challenging subjects. “With celebrities and rock stars, what you have to realise is those people don't want you there. Some people are not prepared to do anything; they’re not even prepared to get up out of their chair to help you take a better photograph of them.”

Over the past 45 years, a number of rock stars, rappers, and Hollywood actors have nonetheless been more than happy to have their portraits taken by Ridgers. As the book launches later this week, with a three-day exhibition at London’s Old Truman Brewery, Ridgers tells us the stories behind some of his most memorable photo shoots.

“With celebrities and rock stars, what you have to realise is those people don’t want you there...” – Derek Ridgers

“The first photograph I ever did in a studio was of The Slits in 1978. I rang them up – I honestly can’t remember now where I got their phone number – and I asked Viviane Albertine if I could photograph The Slits. She came to see me in my office in the ad agency I worked at and we had a chat. A few days later they came down to the studio that I borrowed in Chelsea and I took the photographs.

“I had one photo from that session published in The Face, but not for another couple of years. I think I was just pretending to be a photographer in 1978. Because I was an ad director, I knew plenty of photographers and I borrowed one of their studios – in fact, I borrowed their assistant as well. So he set everything up for me, put the background paper up, I just basically had to provide the camera. I probably even used the photographer’s tripod to do it."

“I remember this day very clearly. I turned up to one of the Beastie Boys’ flats in the West Village and it was quite a small, smelly, poky place. They were really larking about and throwing stuff around and really acting the fool. To be honest, I just thought they were three idiots and I wanted to get the photographs taken as quickly as possible and get out of there.

“They gave me this key ring, like a very ugly man with a beautiful woman, but it was made so you could move it around and they appeared to be having sex. It was really inappropriate and completely ridiculous. When I got home I gave it to my son.

“When they moved to LA in the 90s, I got to know them and the funny thing was they were very smart and very thoughtful. I often think back to the first time I met them and thought maybe they were trying to test me by this idiot act. I must have passed because I got to know them quite well. I don’t think you could find three more intelligent guys in the music business.”

“I was just hanging about outside the Carlton Hotel during Cannes Film Festival. I saw Clint Eastwood about to drive in and I had a little camera with me. There was about a six-inch gap in the window of the car and I put the camera through, I pre-focused it, and he can’t have minded because he’s smiling. That was it – I had one chance, one shot.

“I never really was a paparazzi. I tried to be one but it just wasn't my thing. I’d much rather wait for my chance to photograph people and have a special moment with them than be with a big pack running around the streets.”

“This was 1985 in the Savoy. Keith was there with his wife and he had a baby daughter that was in the room. I went there with my wife as the assistant because she was a fan. He gave me all the time I wanted and he couldn't have been nicer. I thought he was a lovely guy, very friendly.

“It was a bit awkward on the way down there. I thought I would try and get there early and get parked so nothing could possibly go wrong. But when I came to look for my car keys I couldn’t find them anywhere. I turned the whole house upside down and I remembered my young daughter had been asked to take old keys into school for some kind of project. So my wife had to run to the school, retrieve the keys and run back.

“We eventually got there a little bit late. You don’t really want that sort of thing to happen when you're about to photo a huge musical icon. Don’t you think that’s mad that some school would ask people to bring in keys from home? Something’s just bound to go wrong..."

“I think this was the first photograph I ever took that actually came out properly. I was working for an ad agency at the time and my boss had told me to take this Miranda SLR camera home, practice with it, learn how it works. I just happened to have it with me the day my wife and I went to see this show – it was the Eric Clapton Rainbow Concert.

“We were sitting in the back row. I couldn’t see anything so when the band came on I just ran down the front with my camera, hopped over into the pit and pretended to be a photographer. I took a few photos and I kind of got the bug from that night really. It was quite exciting to be only a couple of feet from my musical heroes.”