The artist publishes a book which showcases her sculptures and fashion designs, shot by Dazed photographer Ben Toms 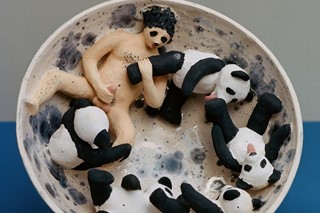 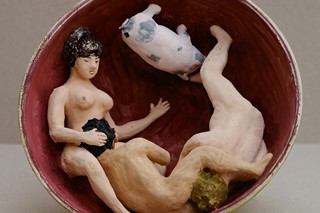 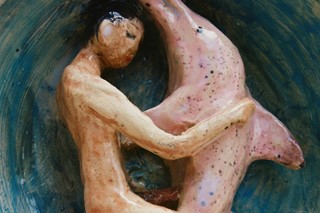 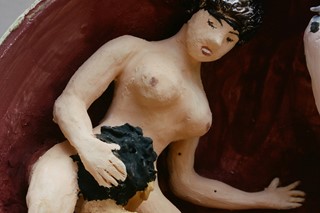 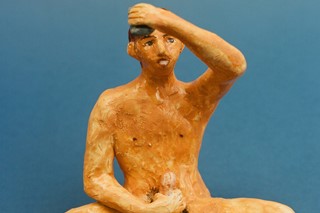 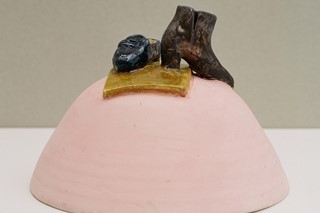 Born in 1979, Tsuchiya grew up on the outskirts of Tokyo. Moving to London in 1999, she studied Fine Art at Goldsmiths before heading to Scotland where she completed a masters at Glasgow College of Art. Working mainly with sculpture, performance, and video, Tsuchiya is now set to release her first book, eponymously titled “Urara Tsuchiya”. Featuring images of her and her work, shot by Dazed photographer Ben Toms, the book is designed by Rory Gleeson and published by Owl Cave Books as a tongue-in-cheek catalogue of Tsuchiya’s surreal ceramics and magical costumes.

While references to Britain are reflected throughout, the book also shows how Tsuchiya’s ceramics are equally influenced by her native country, Japan – although she says it took her time to be able to publicly show this. “When I went to art school here”, reflects Tsuchiya, “I learned not to make works too specific to my culture in order not to be labelled straight away as being very Japanese. Although, when I started making ceramics, I realised I’m very influenced by pottery I’ve seen in Japan.”

The book also reflects on Tsuchiya’s fascination with costume and excess. For example, in one of the book’s images, Tsuchiya floats on a neon-red rubber ring between the reeds of Surrey Quays docks, cloaked in a lilac wig and a long white dress that fans out on the water behind her like a fantastical Ophelia.

Tapping the talents of Ben Toms, a renowned fashion and portrait photographer who has shot some of Dazed’s most defining covers – such as the Amanda Stenberg spring 2017 issue and Willow Smith for the 25th anniversary issue – Tsuchiya reflects: “It was very enjoyable to work with Ben. Especially shooting at (different) locations. It was always just me, Ben, and model Paul Kindersley or a very small number of people on the actual shoot. It felt very intimate and comfortable.”

After the book’s launch, Tsuchiya shares that she’ll be busy “making new works for Paris Internationale for Union Pacific”, as well as “thinking of experimenting with the scale of the ceramics”.