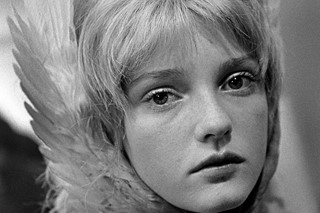 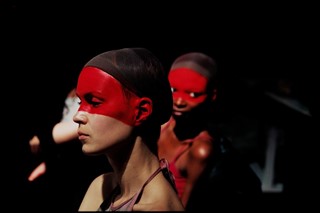 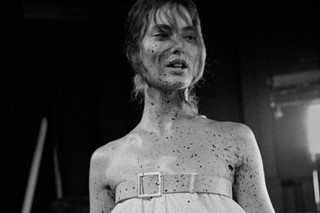 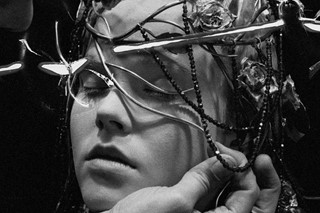 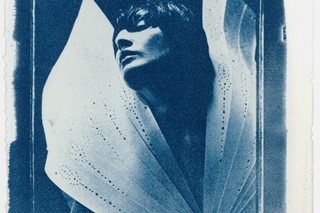 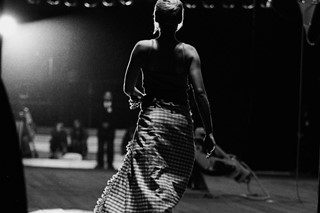 It was in late 1996, during his first couture collection as head designer at Givenchy, that French photographer Ann Ray first met Lee McQueen.

“That initial encounter led to us working together very closely and spending a lot of time together, almost 12 hours a day,” Ray recalls. “We connected on a creative level, but also on a profound human level. Lee was someone I admired immensely.” A lifelong friendship ensued, lasting until the visionary designer’s sudden, untimely death in 2010. A decade later, The Unfinished – Lee McQueen (Les inachevés) was unveiled at the Rencontres d’Arles photography festival in France.

Curated by Sam Stourdzé, the exhibition is a powerful, sincere, and intensely moving visual celebration both of McQueen’s inimitable talent as a creator, and his candid, vibrant, often misunderstood humanity. “There are two parts in the exhibition: first to shine a light on the man, and secondly, to celebrate his oeuvre,” the photographer explains. “There is this inescapable legend about him being this dark, tortured artist, and I wanted to show who Lee really was – a bright, vibrant, tender soul, a loyal, loving, and gentle man. The biggest mission for me was not to miss anything essential, to be true to my friend and draw his portrait in the most authentic way I could.”

Over the course of their 13-year relationship and creative partnership, Ray accumulated thousands of photographs, capturing both the glamour, spectacle, and artistry of McQueen’s mind, as well as his private, grounded, unpretentious nature. “Lee always had this clear vision, he knew exactly what he wanted, but he was also extremely humble,” Ray remembers. “He was a craftsman at heart – if something needed to be done, either someone was going to do it or he would sit on the floor and do it himself. He would always find a way to turn his vision into a reality.”

“We connected on a creative level, but also on a profound human level. Lee was someone I admired immensely” – Ann Ray

Unsurprisingly, the most significant challenge encountered by the photographer in the making of the exhibition was selecting the images that were going to be displayed, out of a virtually boundless photographic archive. “The selection process was crucial for me because I felt the responsibility to create an accurate, honest image of Lee and his work,” Ray continues. “I didn’t want to make it all about the clothes. He was an artist to me, he went far beyond the confines of fashion. I wanted to pay homage to the essence of his ethos. After the selection was done, I felt like I had to show it to the people closest to him, such as Sarah Burton or Philip Treacy, and get their approval. They were the ones who knew him best, so getting their blessing was a huge relief.”

The result is as genuine and exquisite as it is heartbreaking – an effect Ray herself had to initially fight, and ultimately embrace, in the process of the curation. “It took me a while not to cry while putting together this show, I basically had to lock away my emotions,” the photographer admits. “But at the end of the day, if I or the people who see this show end up crying or being deeply touched, that’s fine. Lee was a very touching person, and I wanted people to feel that.”