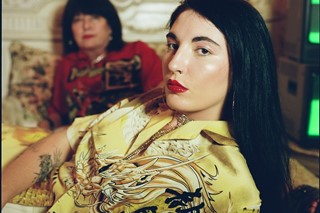 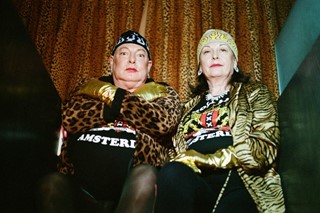 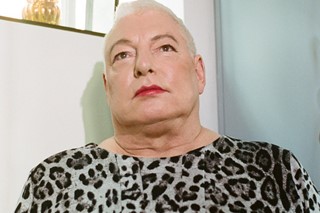 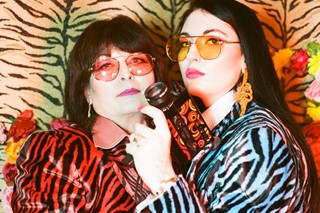 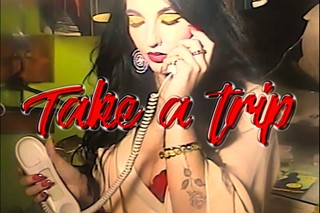 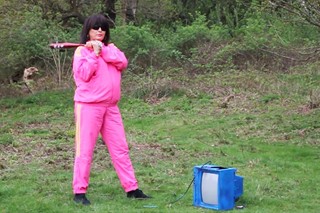 24-year old Mila van der Linden, former Dazed 100-er and current student at Central Saint Martins, is a triple threat. Having directed, produced and edited her short film, M.I.L.A TV, over a period of five months, her latest offering is a glimpse into the bond between mother and daughter, all while finding empowerment in the suffocating world of post-2000s media. “My mum and I have a very strong bond, but to actually make work together has brought us even closer – it was a very intense but great experience and very special to do as a mother and child.”

Shooting in London and Amsterdam, van der Linden’s trippy exploration of self-discovery is a nod to the heady impact of social media, but also the advertising she specifically noticed while on holiday in LA. “In LA there’s this constant stream of advertising – it’s fucked up a lot of the time. Medication on huge billboards which have countless side effects and you don’t even notice it anymore. All of this shit is being subconsciously pumped into our brains – this is a satirical twist on that.” Characterised by a near day-glow colour scheme and thumping gabber-style soundtrack (which she produced herself), van der Linden’s approach to sourcing inspiration for the film was totally organic and came through her travels and past experiences.

Brought up in the liberal environment of her Dutch-Russian mother, recalling moments from her childhood was a crucial element to why she decided to include her “life-long muse” in the film, and why it all made sense to have her ride the wave throughout the entirety of its production: “My mum never expected me to fit into a box – I had the freedom to be myself. I’d come to school basically in fancy dress which resulted in me being bullied, but my mum would never tell me to not express myself in that way.” While her dad’s extraordinary life as a hippy nomad encouraged her to tap into her creativity from a young age: “My dad’s always done creative things and lived so many lives. He has so many crazy stories like being photographed by (Andy) Warhol, partying with Jimi Hendrix, touring with the Rolling Stones… He once said to me, “I'm sitting here now in my shitty flat and I have no money but I feel like the richest man when I think of all the memories”, and that really stuck; to create work I can carry with me.”

With a short film under her belt, van der Linden’s future of filmmaking, directing, or in sound production is ripe for the picking. But what does she want us to take from her work? “The one thing I'd hate is if someone watched it and they didn't have a reaction at all – then I don't know! What reaction it is, I don't mind. As long as it makes people feel something, it’s all good.”

Watch an edited version of M.I.L.A TV below, or the film is available to watch in full here