Photographer Harit Srikhao was fed up with Thailand’s political propaganda, so he made rewrote history in his work 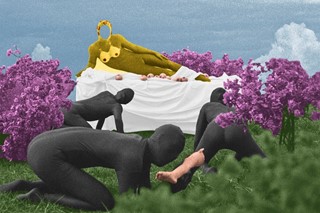 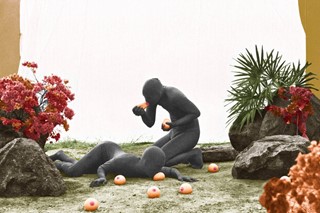 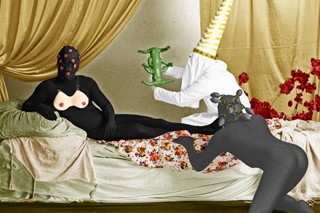 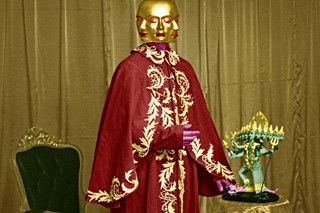 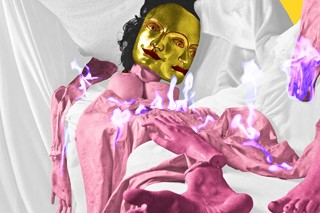 Since 1932, Thailand has had 25 general elections, and 19 coup d’etats – 12 of them successful. Not one, or two, but 12 times the government has been illegally overthrown by the military, or other state elites. This political intensity has had grave impacts on Thai civilians, especially the way they understand their country through the consumption of the media and photography.

For Thai photographer, Harit Srikhao, it wasn’t until he re-traced the memories of his adolescence did he discover that his life was built on the lies of state propaganda. Returning to temples, museums and schools, he quickly learnt that everything he was taught growing up pushed Thai nationalism, and heralded Thailand’s longstanding monarchy. Feeling uneasy at Thailand’s ever slipping, slim democracy, that once forced him to hate leftist political parties as a young boy, Srikhao took to photography to channel his dismay. In 2015-16 he produced Whitewash, a photo series that explores political unrest in Thailand from 2010-2016. Last year, he produced Mt.Meru (2017) that uses surrealism and fetish to create an alternate reality to that of Thailand’s political history between 2007-2010: one of intense political and social disruption following Thailand’s 2006 Coup d’etat.

When the military overthrew the government in 2006, this was the first non-constitutional seizure of the state in 15 years. The coup was followed by a year-long political crisis where the constitution was destroyed, protests were banned, all political activities suppressed, and most of all, the media was censored. Having endured the intensity of this aftermath, Srikhao’s Mt.Meru recreates mythological images of the King as a critique of Thailand's monarchy. Propaganda driven visualisations of the king are turned into gold gimp-suit wearing, weird, and wacky creatures lounging by silicone breasts in some images. In others, anonymous figures play with traditional Thai crowns in others to highlight the imposition of colonial Thai photography.

“For me, the reason why the picture of the king is so powerful in politics in Thailand is that it turns photography into a representative of religion, even though most pictures of the king are adapted, falsified and ultimately reproduced. It takes the image way beyond its original state, to create a photo of complete falsity. In this series, I use photography to be a way for Thai people escape from melancholic reality and dive into ultimate desire and fantasy.

“By using fetish materials in the series, I try to raise the question of what is good, and what is sin? How do we define it? What kind of morality lies behind our value system? In this work, I want to question faith because when it becomes too overbearing, it leads to madness, just like religion and feudalism in Thailand. So what is the difference between holy desire and lust?

“Surrealism is a very powerful way to tell a story. It takes people to adventure in a marvellous imaginary land. At the same time, it reflects on a situation in reality and sometimes, it's more powerful and more real than realism. A dictatorship is afraid of imagery because of its limitless ability to rebel the barren truth and give opportunity for possibilities for other realities.

“I want to question faith because when it becomes too overbearing, it leads to madness, just like religion and feudalism in Thailand. So what is the difference between holy desire and lust?” – Harit Srikhao

“I always feel depressed when I look at the vintage, colonial photographs of Thai people taken by John Thomson. Although his photographs were well made, they were propaganda and very much a superior gaze that presents photography as a tool of colonisation in Thailand. At the same time, the photographs showed the internal colonisation of Siam elites. In my work, some images are a reproduction of these photographs. I designed the characters to be without faces and identity because, in his photos, people stood anonymous and stiff, like in post-mortem photography. They functioned as a cultural puppet.

“In my work, I am not interested in documenting what happens precisely, but the ability to bring those tiny moments together to construct my little alternate universe which is getting bigger and bigger. For me, photography has never been real, they are just slices of time. However, its when superpowers seize these moments to sculpt them into something false that is scary. I want this series to grow people’s minds and illuminate their subconscious.”

Foam Talent London is on between May 16 – June 10 2018 at Beaconsfield Gallery Vauxhall. You can find out more information here