Fabrice Monteiro’s apocalyptic, stylised images expose what our planet could look like in the not too distant future 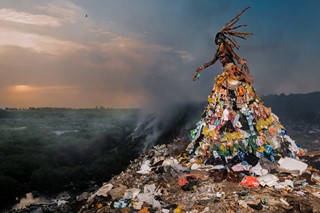 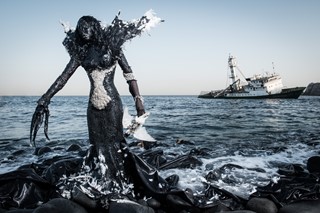 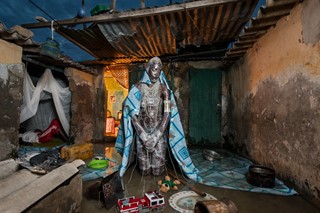 “The western world has lost touch with its roots, its traditions, its culture, and the sense of connection that ties it to nature,” explains Fabrice Monteiro when asked about the reasons behind his most recent body of work, The Prophecy – a series of evocative visual allegories shedding light on major current environmental concerns. “We live in this hyper-consumerist system where profit comes first, and the links to our origins and the ancestral source of life is slowly being dissipated. While making this work, I tried to rebuild and strengthen that link.”

Raised in Africa in the 80s, the Belgian-Beninese photographer grew up in a world still untainted by the now increasingly pressing issues of pollution and climate change. “Today, things are very different,” he argues. “The younger generations are faced with these concerns since birth. Their lives will be affected more than anyone else’s before them, and the ways in which we mistreat the environment is something none of us can afford to ignore anymore.” Monteiro’s faith in the youth as key actors of future change drove him to incorporate elements of traditional storytelling, magic, and mysticism into his symbolically charged frames, hoping that by connecting art, culture and politics, a sense of awareness and collective ethical concern will be ignited. “My initial idea was to create some sort of tale for kids that could be distributed in African schools and that would be based on traditional beliefs, especially animism – the belief in spirits,” asserts the Dakar-based image-maker. “Each spirit depicted appears on a different site touching specifically upon one environmental issue – plastic waste, global warming… I shot nine prophecies in Senegal, but I want to start making these images all around the world – Africa was just the starting point for an issue that affects the entire planet.”

“We live in this hyper-consumerist system where profit comes first, and the links to our origins and the ancestral source of life is slowly being dissipated. While making this work, I tried to rebuild and strengthen that link” – Fabrice Monteiro

Most importantly, Monteiro’s project seeks to instil in us a sense of responsibility and respect towards the planet, and ultimately humanity itself. “Considering the way things are going, everyone needs to start acting, for the sake of humanity as a whole,” says the photographer. “By supporting the palm oil industry, or the pesticide-fueled agriculture, we’re actively sustaining a system that’s killing us. The planet will survive us, but we can’t survive without it.”

More than an eco-political manifesto, The Prophecy is a powerful reflection on the intimate ties between traditional cultures and the idea of Mother Nature – and a testament to those who despite all odds, try to preserve it. “I’ve met Aboriginal people in Australia, indigenous or Native American communities in Texas, and they are the ones who are truly grounded and respectful of nature,” Monteiro concludes. “They constantly remind us of the importance of keeping our water clean and not mistreating our lands, way more so than any self-proclaimed developed country. We have a lot to learn from them.”