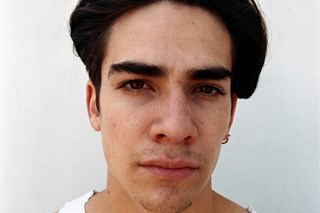 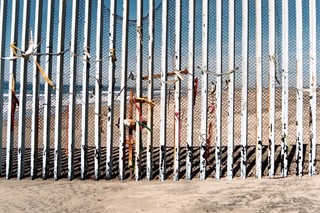 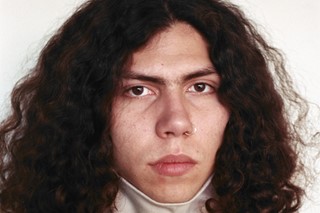 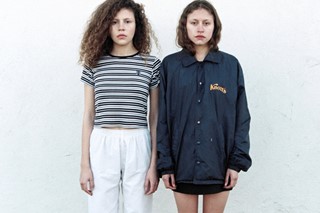 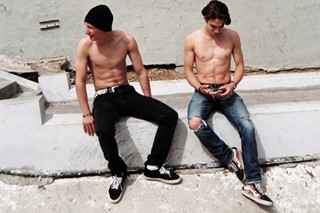 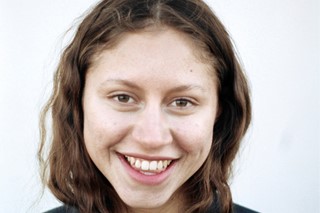 In October 2017, Donald Trump brought one of most worst presidential pledges to life: he erected eight, 30ft tall prototypes to choose which material would be best to build a literal wall between Mexico and the US. If you trail the border between San Diego and Tijuana right now, you can see these prototypes. They protrude invasively to remind all who see them of Trump’s oppressive America. Physically, they stand as a scare tactic to those wanting to cross the border. Metaphorically, they speak boldly on the current immigration battle plaguing the Tijuana-San Diego border. In the prototypes’ cold and sterile mix of concrete and steel, we can see America’s abandonment of human empathy, and in their stance, we see America’s belittlement of Mexican people. Overall, they stand as a sign of how dehumanised the crisis has become to the American government who neglect human struggle (the cries of babies, children, teens, mothers and fathers yearning for a better life), in favour of bigotry and privilege.

It’s an inability to grapple with America’s lack of humanity that has drove Tijuana-born, New York-based photographer Rafael Martinez to return to his roots and shoot his series Aquí También Hay Sueños (There are Dreams on This Side Too), that spotlights Mexican youth resisting Trump’s border. His images not only bring much needed human emphasis back to a debate suffocated by politics and privilege, but he reflects on a youth culture’s pursuit to resist the border through creativity and freedom. “If you google Tijuana, the things that will show are about drug cartels, violence, and all the negative aspects of the city,” Martinez reflects. “Every media that represents us is negative. And this is tiring for us as a strong young generation growing the city in culture, arts, music. I want people to see that there's more than what they see in the media.”

Martinez has spent majority of his life dealing with the struggle and political complexities of life on the US-Mexican border, which has a huge impact on young people in Tijuana. For some, it means waiting nearly five hours a day to cross the border for school or work, for others, it reminds them of love ones lost in an attempt to cross the border without papers, with hand painted white crosses dotted along the fence symbolising their deaths. But for all, it signifies a government trying to control their future. “There's more opportunity in the US. A lot of the time young people don't have a visa, but this idea of having a better life dominates and a lot of them just want to cross the border to the US to get a job. I crossed the border five days a week for work for two years. It was the most exhausting time of my life.”

To resist Trump’s America in Mexico is to simply be and create because doing so generates a counter-narrative to oppression and in turn large communities of resistance. “Without art, life would be chaos,” says Martinez. “Especially in Tijuana, it has helped to bring together a strong community artists – people are getting together to support each other and fight back.”

“Every media that represents (Tijuana) is negative. And this is tiring for us as a strong young generation” – Rafael Martinez

Take artist Enrique Chui as an example. He uses the rusty 600-mile long border fence as a canvas to challenge its brutality with colourful murals. He has so far enlisted over 800 artists from the US and Mexico to help him change the face of the border crisis. French artist JR is another whose left his mark on the border with his 2017 street mural that placed a black and white 65-ft mural cut-out of a baby peering over the border from Tecate, Mexico, into the US.

Like Chui, with the help of the internet, youth in Tijuana have been had the inspiration to transpose borders by stirring creative communities in resistance to Trump’s America. In the face of such political tensions, Martinez’s subjects are the biggest of dreamers, all aspiring for a creative life without borders. Take sisters, 18-year-old Vianney and 16-year-old Yasmin, who both aspire to be models or go to art school, or 19-year-old Guillermo aspiring to be a stick and poke tatooist. “Art unifies people and it helps people see they are not alone in their struggle,” says Martinez. “With art, we have all the tools to have a better city and world.”

Alongside portraits that host the qualities of classic painting are photos of the harsh border. Here the brutality of the border meets the innocence of the youth who can’t cross it, exacerbating the human struggle at the core of its existence. “That was the whole intention when I thought of mixing the border and the youth”, Martinez explains. “At the same time, you can find consciousness in both which makes you think and feel. It’s something that you can relate no matter what part of the world you live in. Youth goes beyond borders and now more than ever when it comes to creating something we have the responsibility of being mindful what we present in our work. Social media is filled with pretty images, memes, selfies all the time, but when it comes to something real there's a bigger impact and hope.”

On April 7, Donald Trump signed a memo to end border security’s ‘catch and release’ practice at the Mexican-US border. Under current enforcement, catch and release prevents the federal government from detaining ‘illegal immigrants’ (especially vulnerable populations like children, families and those in grave danger) in harsh immigration detention centres. What Trump wants to do is end this so that those found without papers can be detained unlawfully. “This makes me really mad,” says Martinez. “The government is about to send 4,000 national guard troops to the border with Mexico for the safety and security of the United States when one of the biggest threats is the President himself and the Congress supporting his ideas with no respect for human rights. The US government is trying to erase the laws protecting undocumented people.”

In every aspect of Martinez’ realist portraiture, much needed humanism is injected back into conceptions of Tijuana. “Everyday we looking at photos that sometimes you don't really relate to, you feel too far away to have anything in common,” Martinez reflects on Aquí También Hay Sueños. “I wanted to make these real portraits of real people for the viewers to be able to relate. Maybe it’s seeing a photo of a 19-year-old who reminds you of when you were 19. Maybe you will see the aura of the person, of the youth, who they are, and this will make you feel, and think.  Sometimes just a simple portrait can motivate you to create change, or make you think beyond sensational media. What matters to is when looking at a photo, even for just 20 seconds, stirs emotion in a viewer.

The future of the Tijuana-San Diego border is sadly unknown. All I know is borders are temporary – but the youth are forever.”