23February 2018
TextLexi Manatakis
Under Cover: A secret history of cross-dressers10 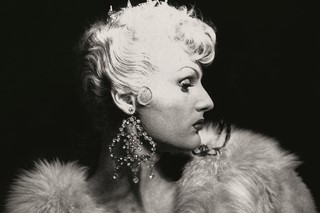 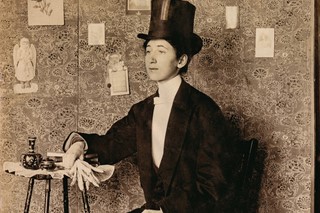 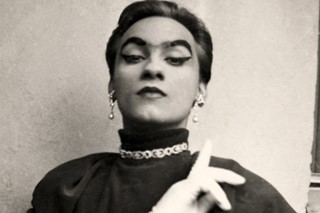 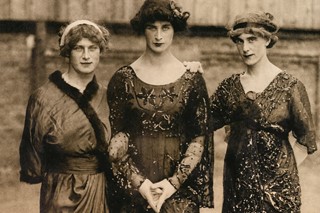 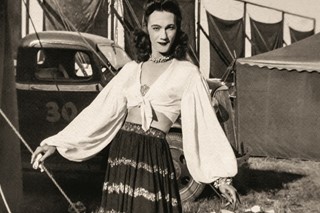 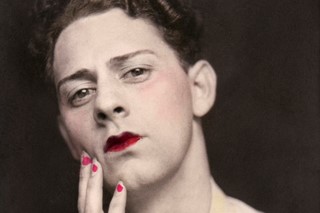 From drag-soldiers who were prisoners of war in the early 1900s to secret crossdressing societies in 1950s America, and the gender-non conforming glamour of 1920s Parisian cabaret, the history of cross-dressers is long, yet little known. With narratives that glimpse the danger of risking it all to stay true to one’s identity, it's a history that's a precedent to the rebellion of punk. While this past is intrinsic to contemporary culture, it’s largely missing from our understanding of the world.

Spotlighting this unknown history with a mission to open up modern queer culture to the complexity of its past is French filmmaker and archivist Sébastien Lifshitz, who has spent the last 25 years collecting anonymous photos of crossdressers from flea markets and junkyards across the globe. “I did it out of curiosity as a gay teenager at a time where it was very difficult to find pictures of gay people from the past,” he says. “I felt like I was in front of something completely unknown, a bit scandalous, and very rare.”

After in-depth research, Lifshitz started to connect images found at different stages of his life. These surprising discoveries have now been turned into a wide and visually comprehensive history of cross-dressing currently on display in Lifshitz’s latest exhibition, Under Cover: A Secret History of Cross-dressers, showing at London’s Photographer's Gallery between 23 February – 3 June 2018. The show traces over a century of gender-bending across Europe and America, and takes the concept of cross-dressing past gender constructs, positioning it at the intersection of sexuality and feminism.

As the show prepared to launch, we caught up with Lifshitz to shine a light on his incredible archive.

“I did it out of curiosity as a gay teenager at a time where it was very difficult to find pictures of gay people from the past. As a young gay man searching for my identity and coming to terms with my sexuality, these images brought me hope” – Sébastien Lifshitz

Can you talk about why you started collecting the photos?

Sébastien Lifshitz: When I was a teenager, I would go to flea markets where it was very easy to find lost photographs that nobody cared about. I was into photography as an art student so I was just in love with these discoveries, especially with the idea that they were lost. So from time to time, I used to buy one, two, three, five, or 10 of them. They had no value to their sellers so they cost nothing.

It’s crazy to think that they’re such a valuable part of history yet they are just being sold at flea markets for nothing.

Sébastien Lifshitz: Yes. And little by little, I realised that I had a huge amount of pictures. But it didn't occur to me that I was ‘collecting’ at the time because I didn't do it on purpose. I did it out of curiosity as a gay teenager at a time where it was very difficult to find pictures of gay people from the past. So I felt like I was in front of something completely unknown, a bit scandalous, and very rare. As a young gay man searching for my identity and coming to terms with my sexuality, these images brought me hope.

And the anonymity behind the photos is incredible.

Sébastien Lifshitz: The thing is, these pictures were not supposed to be on walls. They were very private pictures. Photos like this at the time they were taken would have been destroyed to save the privacy of these people. In the periods that this exhibition spotlights, societies were very hostile towards queer people, so photos like this were dangerous. Because, could you imagine if one person with bad intentions found them? They could destroy the lives of all these different people. So I was very surprised when I could find and buy them.

The thing with queer culture is, today, it's so big in the media, and people think that it's something new – that it has no past and no history. Which is totally wrong. These people have existed and they have always existed, so the show is about this pre-history of cross-dressers, and to tell people that this rebellious behaviour has a past – that it existed a long time ago.

The exhibition is so comprehensive –  it tells a long narrative of different histories of cross-dressing across time and space. How did you pair the photos with the certain parts of history?

Sébastien Lifshitz: The pictures come from everywhere, mainly across America and Europe. And most of the time I found them one by one. I had no information about them. But then, after years and years, I did some research and realised there were connections between some of them. For example, the prisoners camp, the mock wedding, and, the cabaret, were obvious. The Washington community is a group whose images I bought all together, so I knew that they belonged together. That was a very private little group that used to meet each other at home very secretly, to do parties where they could cross-dress in a very safe way. America was very hard on crossdressers and gay people before the war, so can you imagine the risk that they took?

What prompted you to exhibit these photos?

Sébastien Lifshitz: For me, collecting has no value if you don't share what you've found. I tried to build the narrative, a big narrative, with different chapters, and that was a big pleasure to me. Because all of these individuals that you see in the show are for me pre-punk people: marginal and rebellious in hostile situations where it was almost impossible to do so. This is what I love about it. Because if you put them into the context of each period, you see that there is more to the past. Everybody thinks that the past is more conservative, more rigid, very strict, but it's more complex than this. Rebellious spirit has existed always – and the show is a celebration of that type of life.

“Everybody thinks that the past is more conservative, more rigid, very strict, but it's more complex than this. Rebellious spirit has existed always – and the show is a celebration of that type of life” – Sébastien Lifshitz

Some of these photos are so old. I was fascinated by this liberal action that was happening in the late 1800s. Why do you think it's taken so long to accept gender diversity?

Sébastien Lifshitz: I think a lot of people despise cross-dressers, and have done so for many years, still today. It's so difficult. Even gay people have a problem with crossdressers. After the war, the gay community wanted to have a very different image of what it is to be a gay man. And the identity that was required was to be a macho man... that was the sexiest man. And gay people didn't want to be associated with the queens  – that was a shame for most of them.

The show’s ‘drag soldiers’ section that spotlights the cross-dressing that occurred in the detainee soldier camps in Germany and France after World War I and II is very interesting. Why do you think people use gender identity as a point of liberation?

Sébastien Lifshitz: In the camp, there were only men, so to play a female character in the camp’s theatre – which was big – you had to cross-dress. There was no choice, it was the only possibility. But the funny thing is, some of them were so popular in the camp because of this. And also, it's very interesting to me, most of the pictures I found about prisoners of war, the cross-dressers in prisoner camps, the costumes and the attitudes were very realistic – they weren’t exaggerated gender performances. They didn’t want to be over the top. They wanted to be very realistic just to make others believe that they were actually women. Which, for me, was very fascinating, because the captivity was so hard and oppressive.

The show only features three images of people of colour, why is their representation small?

Sébastien Lifshitz: It's more difficult to find snapshots for people of colour, because, at the beginning of the 19th century, these communities didn't have the same access to photography equipment. Also, socially, cross-dressing was even more secret for them than white people.

Bambi’s inclusion in the show is also powerful as you visually document her transition from a newborn boy to a mature woman.

Sébastien Lifshitz: Bambi is someone so dear to me, and she was very important in my life because when I met her I didn't know anything about her. I knew her by name, but that was it. One day we were in a restaurant talking and she told me the story of her life. We went back to Algeria where she was born, and back to different places of her life and what fascinates me the most about Bambi is every stage of her life because she has reinvented her life many times.

For many, many years she had to accept that she was (born) a little boy, even though, deep within herself, she felt like a woman. But then, Bambi was lucky because when she was 15, a French cabaret toured Algeria, which she went to see. It was a complete revelation for her because it made her see that it was possible to have a decent life, and to live as who you really feel you are. She then went to Paris and entered the crossdresser scene – the cabaret world. Even if the French society at that time was quite hostile to cross-dressers, to marginals, she didn't care. There was no negotiation –  she was who she was.

What happened to Bambi from there?

Sébastien Lifshitz: Well what fascinates me is that at the age of 30, she realised that she couldn't keep on with cabaret, so she decided to go back to get her diploma to become a French teacher in a quaint French town. She just desired to become an anonymous woman. And the anonymous aspect was very important to her. She wanted to be like the everyday woman and this is what she did. Now she's retired, a chic old lady.

I loved when you were talking about Bambi going to the cabaret and seeing this world that inspired her to fulfil her true identity. What is the importance of younger generations looking at history to get the courage to live their true identity?

Sébastien Lifshitz: To understand that society is more complex than we think. There is a kind of injunction to conform yourself to traditional models: if you want to be a woman, you have to look like this, and if you want to be a man you have to look like that. And the separation of sex is so strong – even when you look at kids toys, it's amazing how it manipulates people to conform themselves to models. To me this is outrageous. I hate that, because I think people are more complex than this. The spectrum of identity is so vast and dense, and so you have to bring back the freedom to people, to make them express the inner identity, which I think is most of the time not the identity that you see.

Under Cover: A Secret History of Cross-dressers is showing at London’s Photographer's Gallery between 23 February - 3 June 2018. You can find out more here