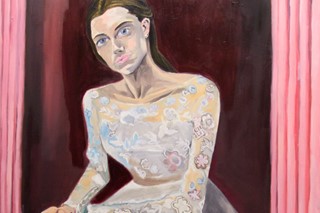 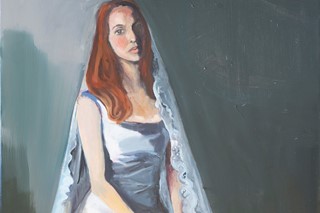 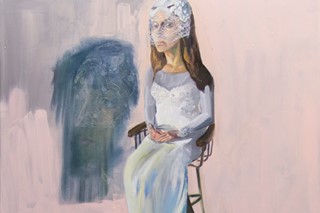 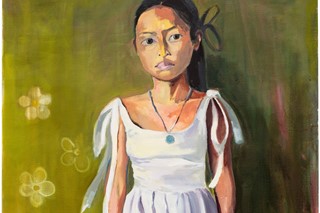 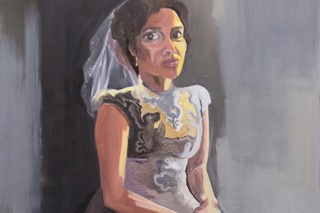 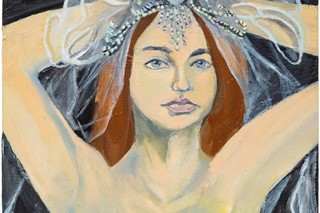 If you’re a marriage cynic, you’re not alone. Last month, painter and Girls actress Jemima Kirke opened a solo exhibition at New York’s Sargent’s Daughters, featuring works that explore the reasons why women are so keen to haul themselves down the aisle. For the show, titled The Ceremony, Kirke drew upon her own marriage, and eventual divorce, telling Garage, “After I got divorced I started noticing all of these friends getting married and had questions about it. I don’t understand how women who are making their own money need to marry. I love a party. I love performing. I love being the centre of attention. That’s why I love weddings and want to have a wedding. The civil part of it is what I really don’t get, unless you’re doing it for a green card, which is kind of cool. That’s kind of a dream for me because it’s a good excuse to get married.”

The Ceremony also includes portraits created from the experiences of women around her, whether still married or who have also become separated. Kirke asked the women to pose in their wedding dresses, but instead of an image of the beaming bride, the painter’s subjects appear “thoughtful, even disconsolate”. Kirke told GLAM, “Weddings are totally irrational. And while the approach may vary – it's still a relatively unquestioned norm. So many smart, independent and progressive women I know having willingly participated in it. I just wanted to understand that better.”

Admittedly, Kirke is not trying to provide answers but instead wants to open a discussion as to why we still strive for a so-called happy ending.