Medical Play, Gas Pedal Pumping, and Cannibal Play – this book has you covered 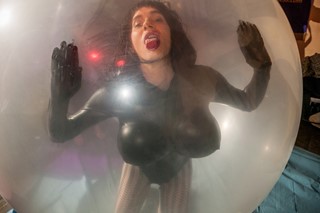 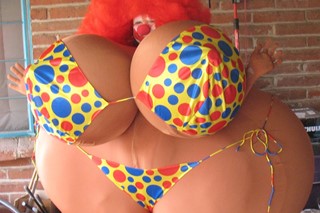 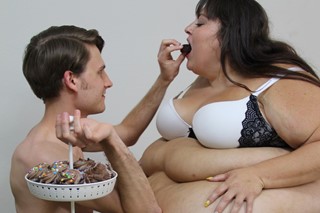 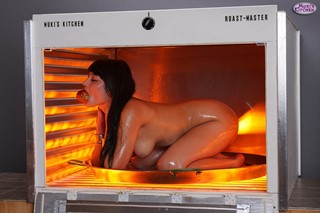 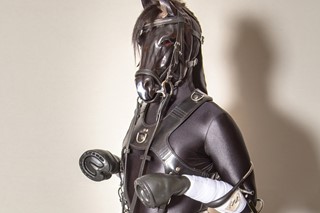 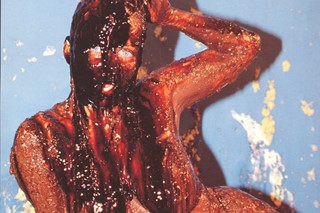 In documenting these communities, Gates totally rejects a judgmental or imperialistic gaze. Instead, she observes as a fan, a keen champion of individuals who are taking their pleasure into their own hands – and doing so responsibly. It’s an equally eye-opening and empowering read that shamelessly subverts respectability, acceptability, and social appeasement. In time for the book’s release, Gates offers an insight into her phenomenally deviant journey below.

In your book, you speak so positively about these alt-sex communities, and how they reject what’s deemed as socially acceptable sex. What are your thoughts about the radical and liberatory potential of kink and fetish?

Katharine Gates: The BDSM community says you can do anything as long as you have full negotiated consent. It’s a community that’s spent years pulling together these ideas about how to be ethical in doing something, and how to negotiate and be safe. There are rails on either side of the path that you can climb over safely if you want to. So what libratory is, is the notion that just because you are not vanilla and straight, doesn’t mean that suddenly it’s lawless, and that you are doomed to death and murder. I think it’s liberating to say that you don’t have to be on the straight and narrow in order to be safe, have joy and have pleasure.

How did these communities react to your interest in wanting to talk about their sex preferences?

Katharine Gates: Well, most people were very excited to have someone talk to them where they could say “I really like to blow up and pop balloons” and not have that person respond “oh, so you really actually want to fuck kids!” That’s what they got, people were assuming really stupid stuff. It doesn’t mean you want to fuck children, it means you’re accessing childhood excitement, imagination, and playfulness while you are an adult – no kids involved. Once they understood that I got it and that I was listening, many people opened up. Maybe I’m a beneficiary of the fact that there is so little honest and realistic conversation out there.

Can you speak a little about the fetishes and kinks you included in this new edition?

Katharine Gates: I added the chapter about Cannibal Play! I felt safe enough in my confidence that I could talk about Cannibal Play this time, and show that just because you like to fantasise about eating somebody, it doesn’t mean you’re Armin Meiwes – the German guy who actually went and ate a consenting partner. Dark fantasies are places that people’s brains go. You have to have permission to have those fantasies, and have guidelines on how to go about making it real enough to get what you need done, to have the intimacy, to have the pleasure, and to be able to do it again tomorrow

Do you think young people should learn about this stuff in school, to some degree?

Katharine Gates: I think that everyone needs to know – certainly children need to know – that there is an unlimited amount of options, and that an excitement about feet is not dirty, naughty or bad. That feeling of shame really leads to bad things. I personally think that there needs to be a kink or BDSM educator in any kind of sexuality discussion in education. My daughter’s 11, she doesn’t need to hear about whipping and chains, but she does need to hear about consent from day one! She needs to hear that you can say no, but also that there’s nothing wrong with saying yes – if you are paying attention to how it makes you feel, and if you are good to yourself. These kinds of discussions have never happened for little girls who are taught to be compliant, nice, friendly and likable!

When you first toured the book – did you get a lot of puritanical criticisms, or prudish people waving the moral card?

Katharine Gates: Some of the responses that I found most troublesome were people who assumed non-consent whenever they see anything that smacks of power play. If you see a woman whose fat and eating lots of food and getting measured, you assume somehow that this really isn’t what she wants. The assumption that people who play a submissive role are not empowered or not doing this by their own choice – I find this the most insidious problem that I’ve had to face. So I assure people that masochistic fantasies are not only common but that it’s okay to have them, and there are systems in place to make sure that everyone gets what they want.

“It’s liberating to say that you don’t have to be on the straight and narrow in order to be safe, have joy and have pleasure” – Katharine Gates

What are your thoughts on how fetish and kink entered the mainstream landscape over the past few years … with the continuing success of 50 Shades of Grey, etc?

Katharine Gates: I know people in the BDSM community who got really angry about those books and the movie because it modelled what they felt was an abusive relationship. It did not model the woman saying this is what I want, this is what I like – it modelled an unhealthy power dynamic. Romance fiction now is all this kind of stuff. Romance even from the beginning was always “she wants him but she’s holding back, and then he overcomes her resistance and rips her bodice.” I mean…they’re all mild rape fantasies. They do not model how a mature person should handle these kinds of situations.

And how do you think technology has changed the landscape of sexual subculture since you published your first edition 18 years ago?

Katharine Gates: Before the Internet came along, many people thought they really were the only person with a particular kink, and they were very isolated and ashamed. Isolation is really unhealthy in general, but it is particularly unhealthy around sexuality because people need intimacy, they need to be known and understood and they need to be able to talk about these things. And so the generation of my age and older, when they got online and they were able to Google whatever their kink was, they suddenly realised, “Oh my god, I’m not the only person who likes to rub up against balloons!”