Joburg’s most warped minds – Roger Ballen and Die Antwoord – have joined their dark forces for a new project with The Skateroom. Launching in Amsterdam this past weekend, Ballen was tapped by the company – which supports Skateistan, an NFP that empowers young people through skateboarding – to create a series of limited edition skateboards, alongside the film you see above. The boards feature some of his iconic photographs as well as new images, made in collaboration with Ninja and Yo-landi, and artist Paul McCarthy. In one, titled “Ninja & Snake”, the Die Antwoord frontman can be seen covering his genitals with a serpent. Another, “Gooi Rooi”, features Yo-landi, topless and inked with one of Ballen’s signature drawings covering her back.

"I met Ninja and Yo-landi around 2006. They had seen my photographs from the ‘Outland’ and ‘Shadow Chamber’ series and wanted to collaborate,” Ballen reflects. “A few years later their music integrated with my visuals went viral culminating in the music video ‘I fink u freeky’, which has now accumulated over one hundred million hits on YouTube.”

The series also sees Ballen pay homage to McCarthy’s “Piggy” – a mask that was used throughout a series of performances that McCarthy undertook between 1972 and 1983, called PROPO. Earlier this year, McCarthy revived “Piggy” for a series of skateboards also made with The Skateroom, to help fund a skate school in Johannesburg. “I took the liberty of photographing one of the young skateboarders with a mask on, holding Paul McCarthy’s ‘Piggy’”, Ballen explains.

The boards are available to buy now, with 20 per cent of each purchase will be donated the NGO Skateistan to help fund their activities for their Skate School in Johannesburg, South Africa. 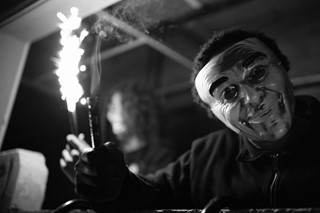 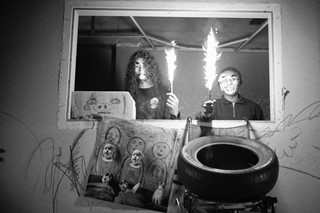 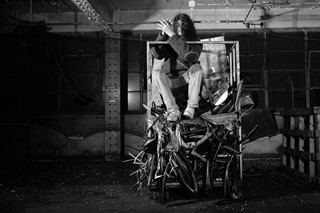 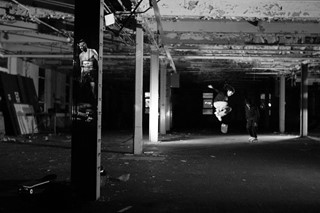 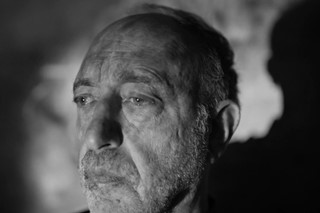 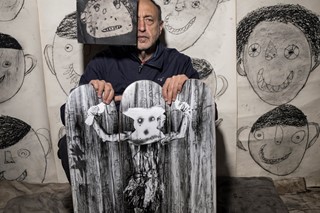