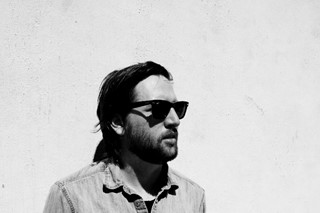 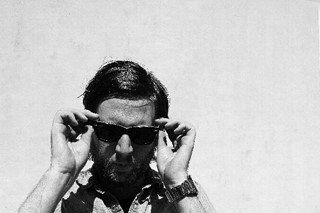 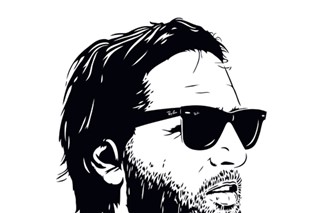 US-based producer Treasure Fingers aka Ashley Scott Jones is on hand to dissolve the strain of February fatigue with an exclusive mix for Dazed, filled with his signature summery disco sounds. Having previously released piano-infused party starter 'Cross The Dancefloor' and more recently 'Keep Up' which was a successful throwback to the influences that moulded his sound, he has also kept busy by remixing some of the blogosphere's elite including Chromeo, Alex Metric, Classixx and Tensnake. 2011 is a new year though and with it comes some exciting new projects from Mr. Jones - EPs, singles, collaborations and compilations.

Dazed Digital: Generally speaking, your music is quite happy and upbeat. To what extent would you say it's a reflection of your personality?
Ashley Scott Jones: I'm actually a bit shy and introverted, so I think the music is more of a release for me. It's kind of therapeutic when I'm in the studio. I can put out this crazy uplifting party vibe that's not necessarily my personality day to day. I hope this doesn't make me sound like a boring, sad person. Haha.

DD: What other things do you currently have scheduled for 2011?
Ashley Scott Jones: I'm working on an EP, and a couple other singles. I've also started a few collaborations that will probably come out as singles once they are wrapped up. Defected has got me to kick off a new compilation series they are starting also, which should turn out really cool. I'm super excited about that.

DD: What is the staple feature of a Treasure Fingers rider list?
Ashley Scott Jones: Black socks is the one item I get the most comments on. They are so nice when you are on tour and running low on laundry, or just want to throw out the old stinky ones so they don't stink up the suitcase. I may add some crazier ones so the black socks don't seem so crazy anymore.

DD: Finish this sentence: ''The current music scene in America is...'
Ashley Scott Jones: Surprisingly, still young and growing. I feel like dance music in America is still playing catch up to the rest of the world. We have the fans, the artists, producers, djs, but the actual industry & radio is still afraid of dance music to a degree. It wasn't until just recently that dance songs would hit the pop charts, albeit most of them are terrible. But I have high hopes for the next five years. I think the current electro-rap-dance-pop fad will die down a bit, and return to just good dance music again, and hopefully America's ears will still be open to some of the more underground type stuff. We've just been a Rock/Rap/R&B dominated country for so long, that it's a lot tougher to break through with electronic music.

DD: What was the first show you ever went to growing up?
Ashley Scott Jones: My mother took me and a few of my friends to see Face to Face and Goldfinger when I was 13 or so. I had been to some concerts before that, but this was the first big one that I specifically asked to go to. I remember my mom saw a couple of my friends smoking and gave them a lecture during the drive home haha.